USNS Laramie (T-AO 203) returned from a deployment to Naval Station Norfolk on Wednesday. 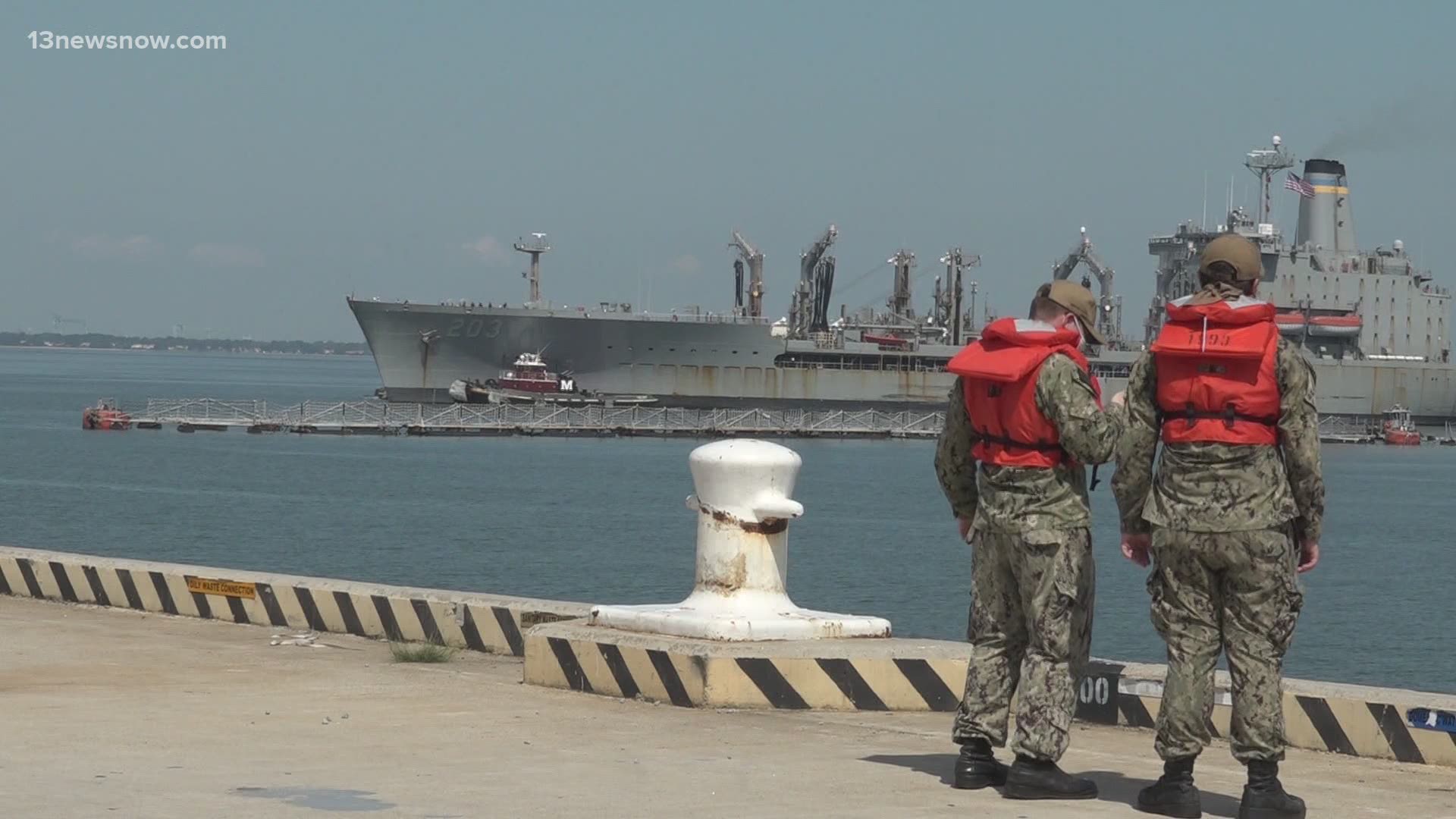 NORFOLK, Va. — Many military families welcomed their loved ones back home.

During their deployment, the crew of the Henry J. Kaiser-class fleet replenishment oiler delivered critical supplies to support both the Navy and the Coast Guard in both the U.S. Sixth and U.S. Fourth Fleet areas of responsibility.

The Navy said the Laramie's ability to replenish other ships of fuel and supplies allowed the flexibility to sustain operations at sea for extended periods, which resulted in the Navy and Coast Guard seizing up to a billion dollars in drugs.