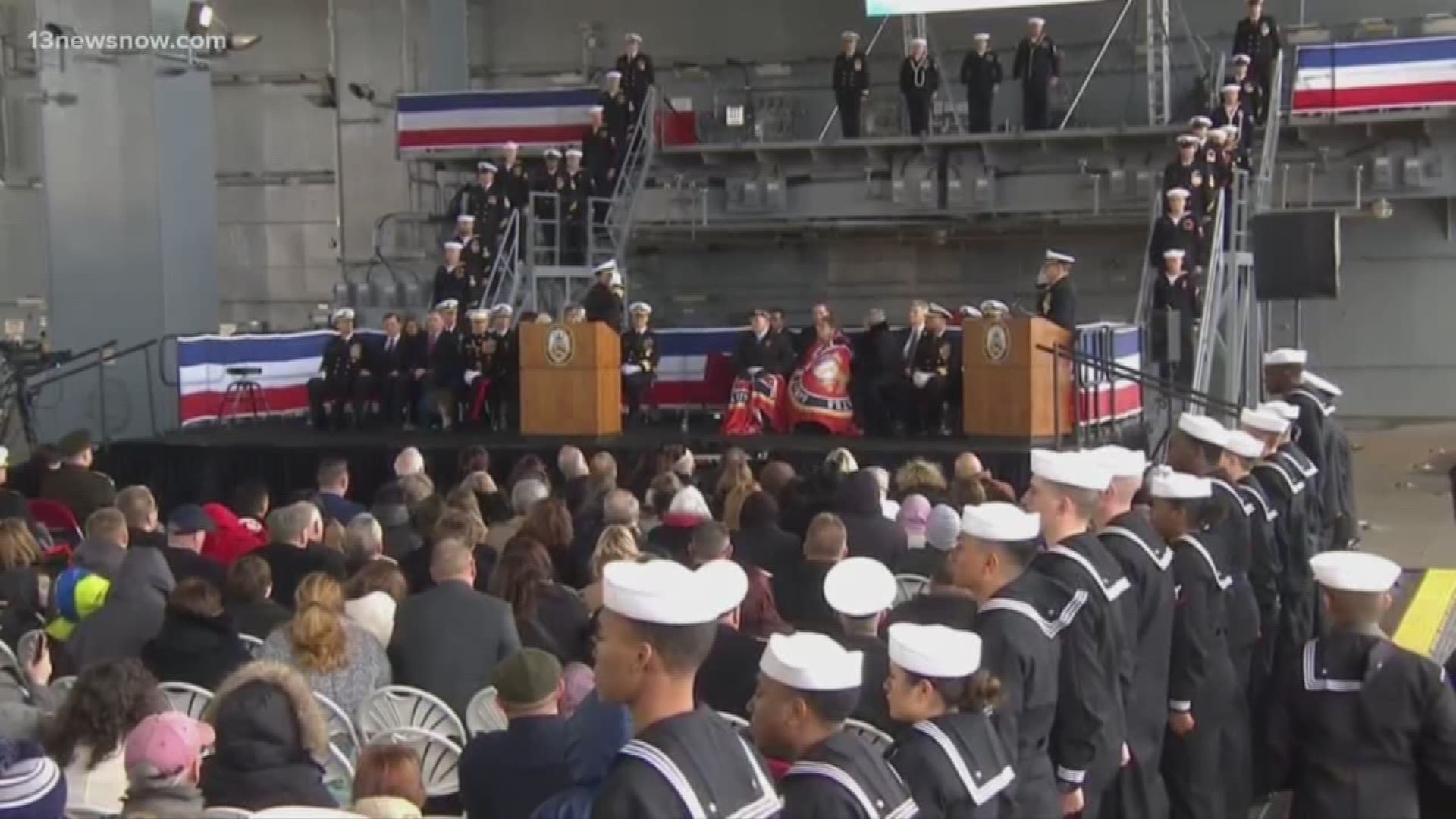 That slight variation is a big distinction.

The 2-year-old Navy Expeditionary Sea Base will be under operational control of the Navy's Surface Forces Atlantic and will no longer belong to the Military Sealift Command.

RELATED: USNS Hershel Williams docks behind Nauticus ahead of commissioning

With a hybrid crew of 100 Navy sailors and 34 civilian merchant mariners, the ship will go forward later this year to the Mediterranean/6th Fleet Area of Operations and support U.S. Africa Command. She will remain forward-deployed there, and Blue/Gold crews will swap out every five months.

Her primary missions will be mine countermeasure operations and special operations forces support, with the capability to perform humanitarian relief missions as well.

The name change will give theater combatant commanders a new offensive tool, and a lot of flexibility to do things they couldn't before.

"There are actions civilians cannot legally take under international law, hence the re-designation from 'USNS' from a civilian master to a United States Navy Commissioned officer and commissioned ship," said Capt. George McCarthy, who will continue as the ship's civilian master. 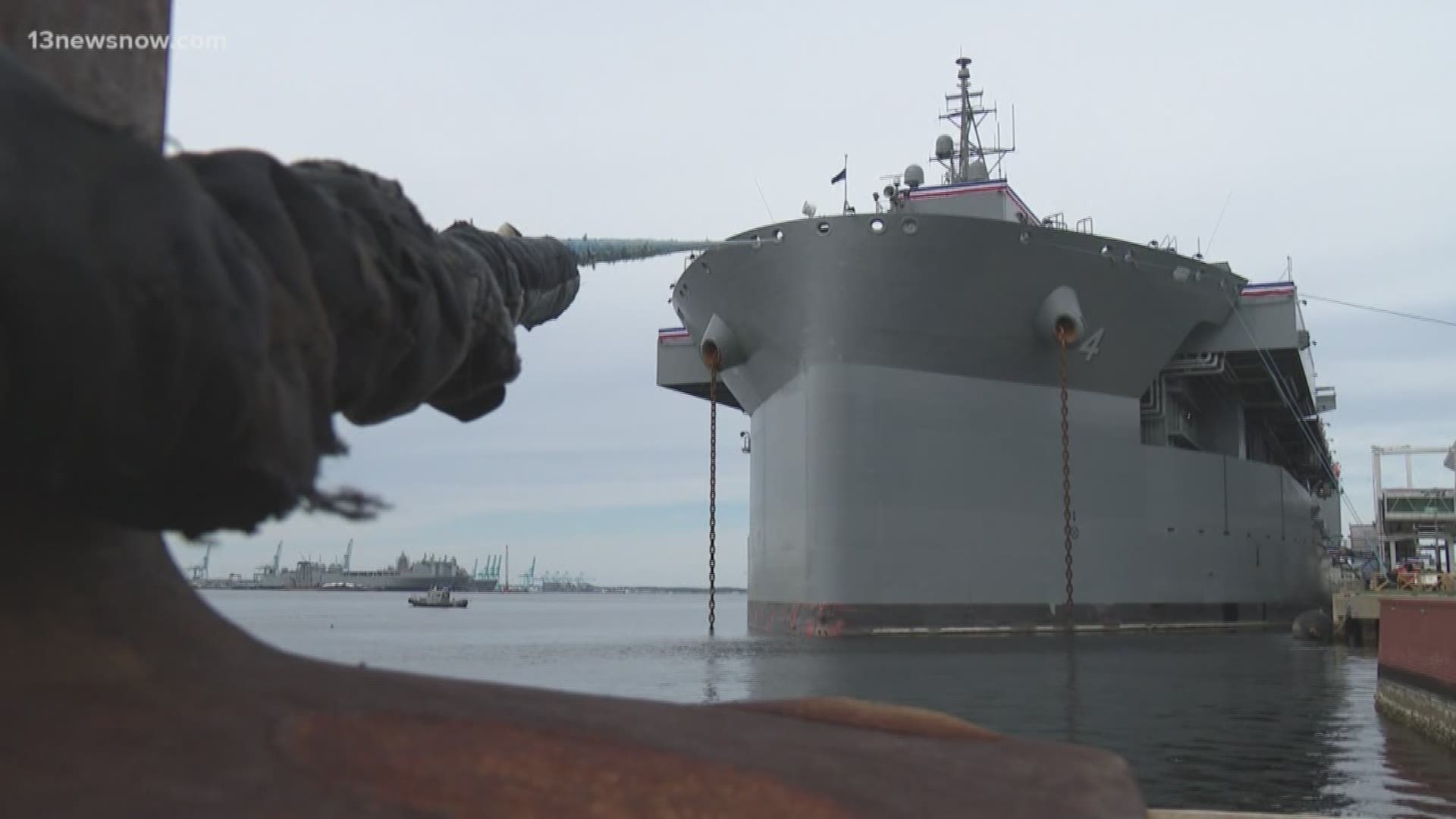 "We work together as a hybrid crew to make sure we get the mission done," said Navy Capt. David Gray, who will become the commanding officer.

The ship is named for Hershel "Woody" Williams, recipient of the military's highest decoration for valor — the Medal of Honor — for heroism above and beyond the call of duty during the World War II Battle of Iwo Jima.

The added bonus in all of this for the Navy is mathematics. This will get them one ship closer to the stated goal of a 355-ship fleet.