What's life like aboard the Ike? 13News Now crews got an inside look at how sailors spent the six month deployment 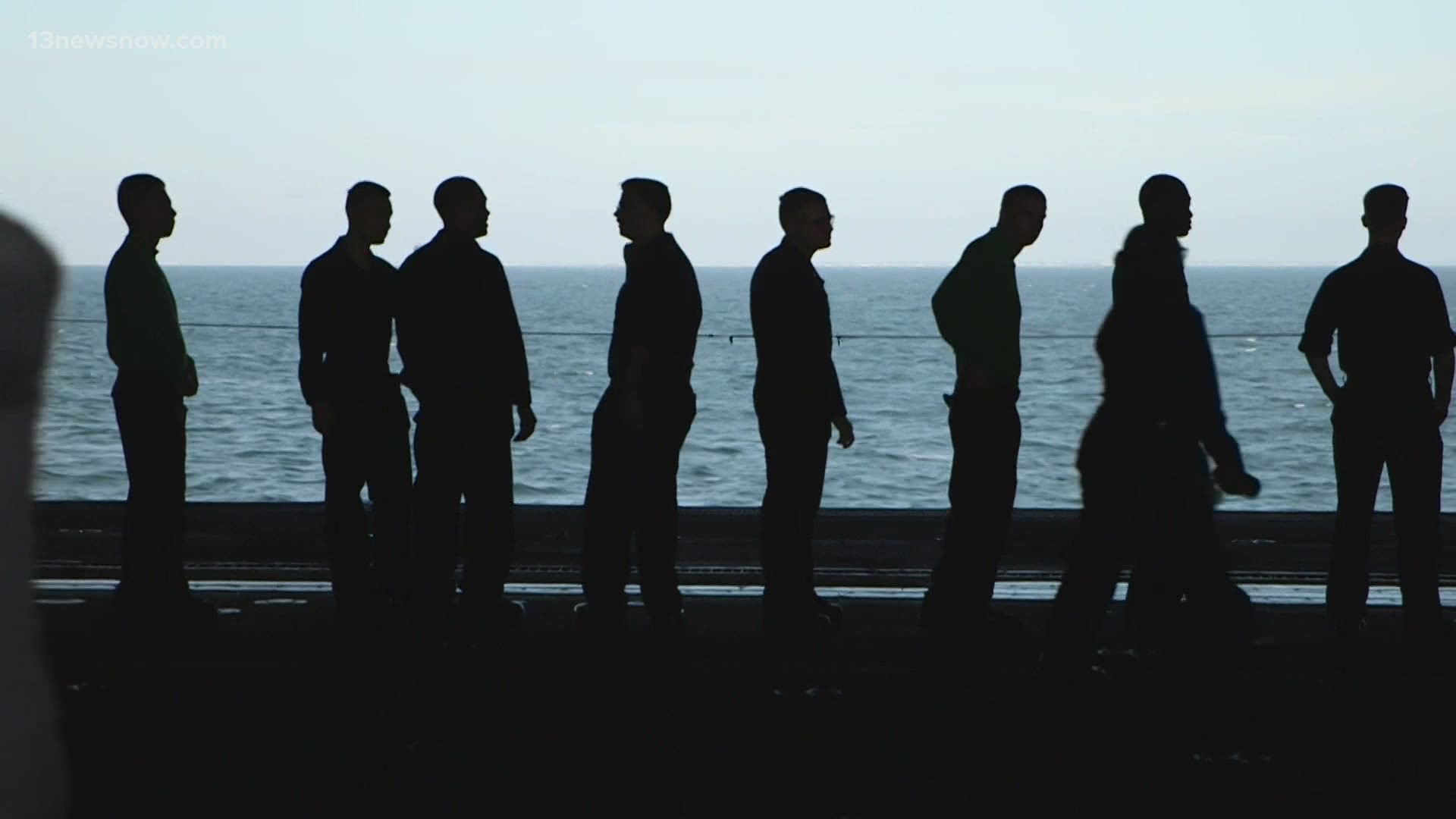 “When you do a deployment like this -- potentially two deployments inside of a year -- this is your story,” said Captain Paul Campagna, Commander of the USS Dwight D. Eisenhower.

The ship left Naval Station Norfolk in February 2020 and 2021. It runs like a bustling city!

“There are 4,600 people on board that are all doing different jobs,” Campagna said.

Over the last six months, the entire Eisenhower Carrier Strike Group packed a punch overseas, with additional ships and 74 aircraft on the flight deck.

“If you are to observe it, you may think, 'Is anyone in charge here?'” said Captain Mitch McCallister, Deputy Commander of Carrier Air Wing Three. “But it is absolute organized chaos.”

The Mighty Ike’s main mission was to get closer with allies overseas.

“When a carrier strike group deploys it gets attention, so a lot of stuff with this aircraft carrier is deterrence,” said Commander John Ciganovich, Air Boss on the Eisenhower.

“At one point during the deployment they had ships in Arabian Gulf, the North Arabian Sea, the Red Sea, the Baltic Sea, the Black Sea, and the Norwegian Sea,” said Rear Admiral Scott Robertson, Ike Carrier Strike Group Commander.

McCallister said the crew didn’t miss a beat when asked to protect American troops against ISIS while they left Afghanistan.

“It was an absolute honor and privilege to be able to fly over our brothers and sisters, and just watch them closely,” McCallister said.

“We wore N95 masks for a period of time, reducing the amount of time we had our masks off for eating,” said Nurse Jennifer Lo.

Maintaining that bubble also meant outside help for ship repairs was limited.

“We were able to let the sailors develop a little bit more and take on some challenges,” said Chief Engineer Jim Hornef. “Key there was leadership letting us take on some big repairs.”

The odds were stacked against sailors. But they came out on top, snagging a Navy Unit Commendation award!

“I was a junior officer when 9/11 happened,” Campagna said. “I was deployed on USS Carl Vinson. We received a NUC and I haven’t seen one since.”

It’s an honor from the Secretary of the Navy for a top-notch deployment.

“When you see those old veterans in places like Starbucks, talking about the Navy and what they did, those sailors you see are making their stories,” Campagna said.

Campagna encourages each sailor to proudly share their Ike stories for years to come.

“Ten, 15 years from now when they are wearing those ball caps and talking about what they did, they will talk about deploying twice during a pandemic,” Campagna said.

The Eisenhower traveled more than 190,000 miles and Carrier Air Wing Three logged more than 12,000 flight hours throughout the deployment.