It was the ship's second deployment in a year. The first resulted in them spending a then-record 205 straight days at sea due to the emergence of the Coronavirus. 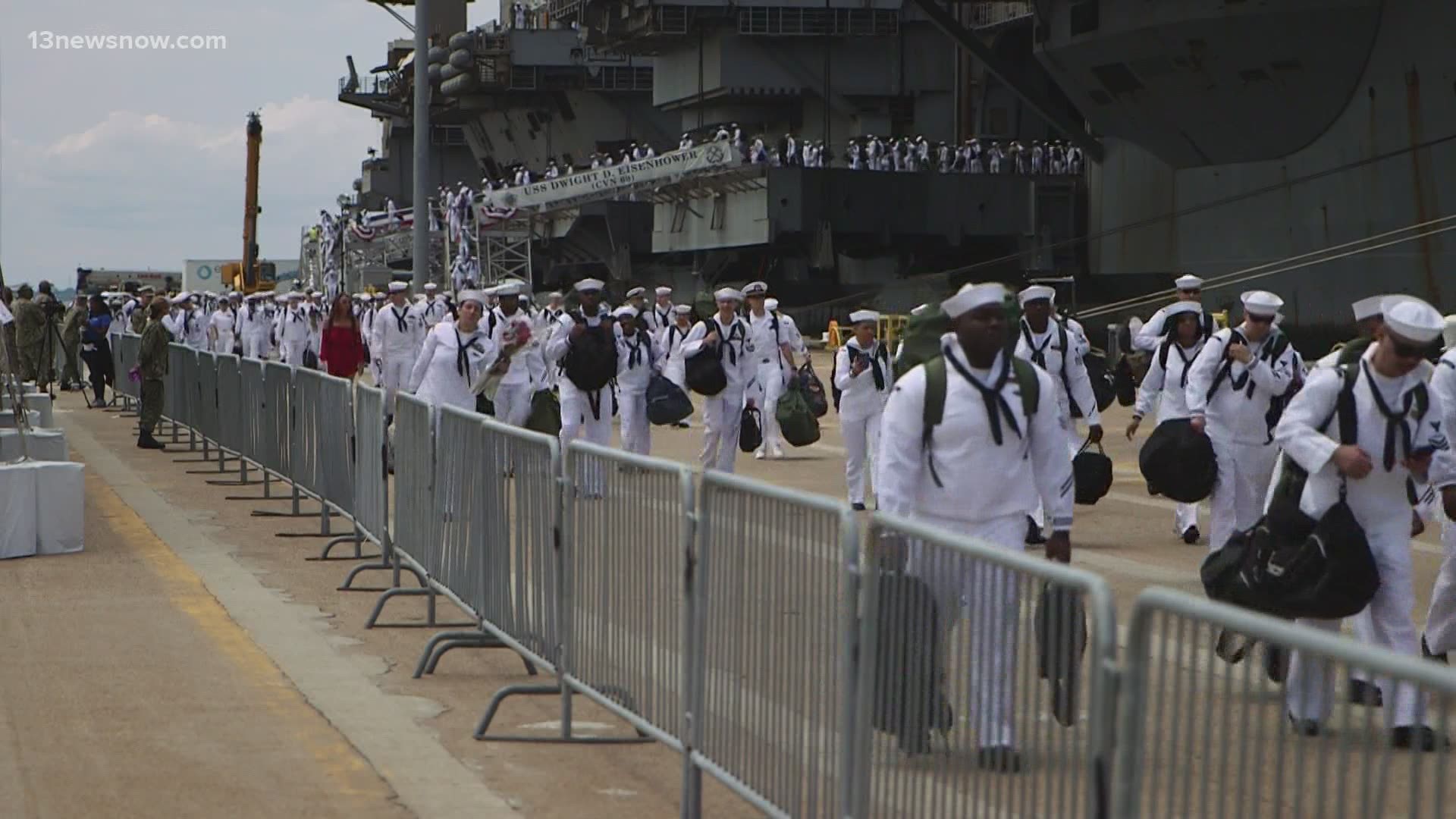 It was the ship's second deployment in a year. The first resulted in them spending a then-record 205 straight days at sea due to the emergence of the Coronavirus pandemic.

“I’d like to say that it’s great to be home. I’d like to thank all of the families that are greeting our sailors for their sacrifice and for entrusting their sailors to us," said  Capt. Paul Campagna, Commanding Officer of the Ike.

"They don’t do it lightly. They send their loved ones on board theses ships. It’s a great responsibility and I’m proud they were able to bring back everyone safely,” he said.

Squadrons from the ship's carrier air wing returned to their base at NAS Oceana on Tuesday.

This latest deployment began in February after the ship had faced several pre-deployment maintenance issues, as well as having been in quarantine since the end of December to minimize any potential impact from COVID-19.

The carrier departed after a last-minute push to vaccinate as many crew members as they could against the COVID-19 virus. Although it was voluntary, about 80 percent of sailors opted to get the vaccine, with a second shot to follow at an overseas location, officials said at the time.

After transiting into the Arabian Sea in March, the Ike carried out dual carrier operations with the French aircraft carrier Charles DeGaulle against the Islamic State in Syria and Iraq, with the French ship in command.

“While operating as CTF-50, Charles de Gaulle CSG will operate alongside regional and coalition partners and provide naval aviation support to Operation Inherent Resolve,” Cmdr. Rebecca Rebarich, a spokesperson for the 5th Fleet said at the time.

More recently, the Ike helped provide support for the U.S. withdrawal from Afghanistan. Secretary of Defense Lloyd Austin extended the Eisenhower’s deployment to facilitate this assistance.

It had previously been reported that the Pacific-based USS Ronald Reagan was slated to replace the Ike in its Middle East duties. Military.com reported last week that the USS Ronald Reagan and the HMS Queen Elizabeth strike groups had just conducted a large-scale exercise in the Indian Ocean.