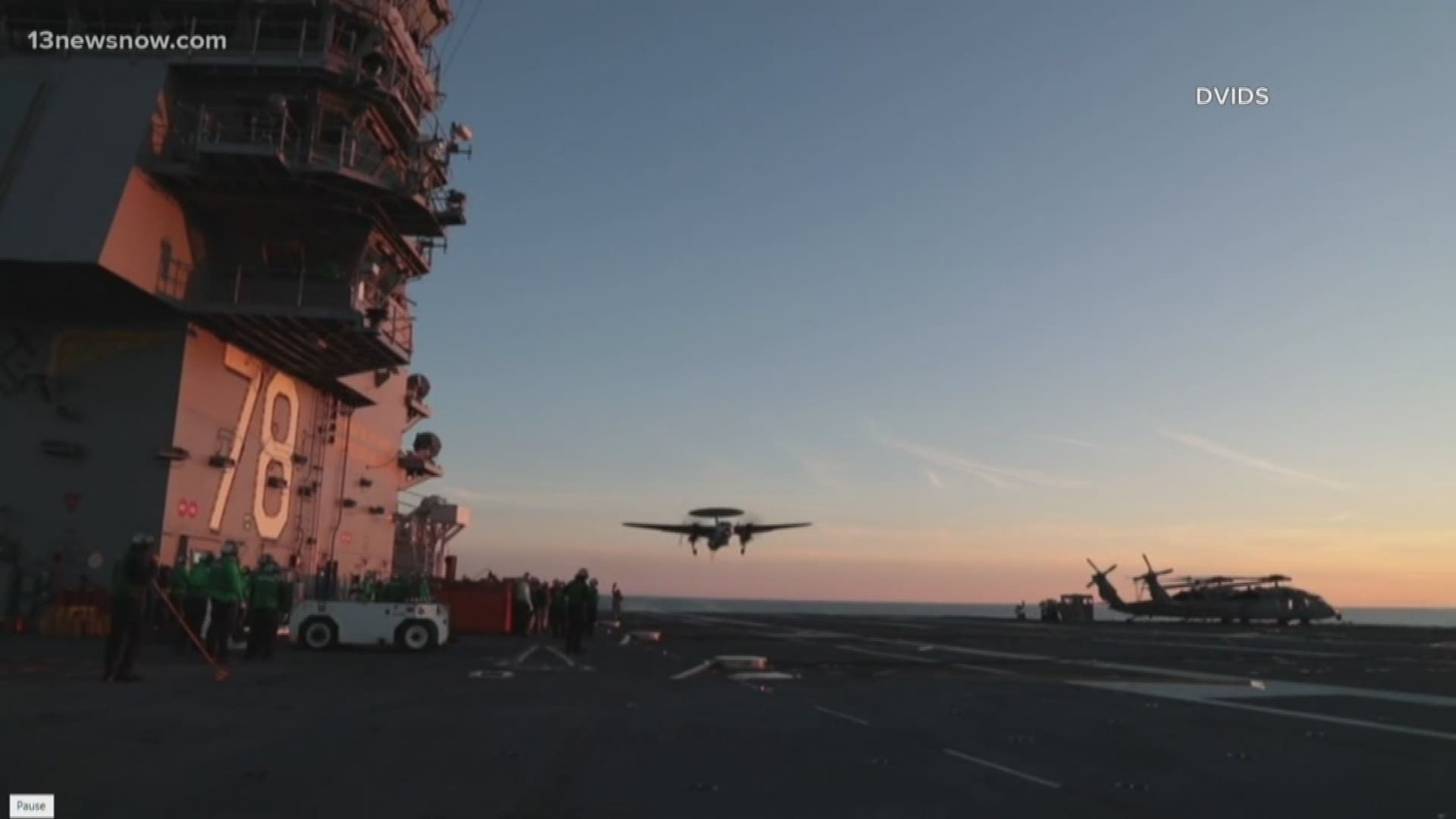 NORFOLK, Va. — For the first time ever, an E-2D Hawkeye came in for a landing, testing the USS Gerald R. Ford's Advanced Arresting Gear, a system that is unique to the Navy's new Ford-class aircraft carrier.

It was part of what's called "A.C.T." -- Aircraft Compatibility Testing.

The "trap" was successful, and that's a good thing, after several years of seemingly endless technological difficulties for the $12.9 billion Ford.

The most expensive aircraft carrier ever built came in late and over-budget, and in recent months, has struggled to fix non-working weapons elevators.

In the days ahead out in the Atlantic, the Ford will test not only the new tailhook landing recovery system, but also the ship's new  Electromagnetic Aircraft Launch System.

That testing will include F/A-18 E/F Super Hornets, and for the first time, T-45 Goshawks, E/A-18G Growlers, E-2D Advanced Hawkeyes, and C-2A Greyhounds.

Earlier this week, the Acting Secretary of the Navy Thomas Modly pushed military stakeholders to get the ship ready to deploy as soon as possible. He launched the "Make Ford Ready" initiative to get leaders to transition the Ford into fleet operations sooner rather than later.

Rear Admiral Roy Kelley, commander of Naval Air Force Atlantic, said once the Ford flight deck is certified -- hopefully in March -- it will become his "go-to" aircraft carrier, adding in a statement: "This will be a significant boost to aircraft carrier availability and overall Fleet operational readiness."

The Ford, infamously, has been criticized by President Donald J. Trump, who called the ship's advanced launch and recovery systems "no good." And he complained that it would take Albert Einstein to operate it.