Shock trials for the ship are expected to be underway in 2021. 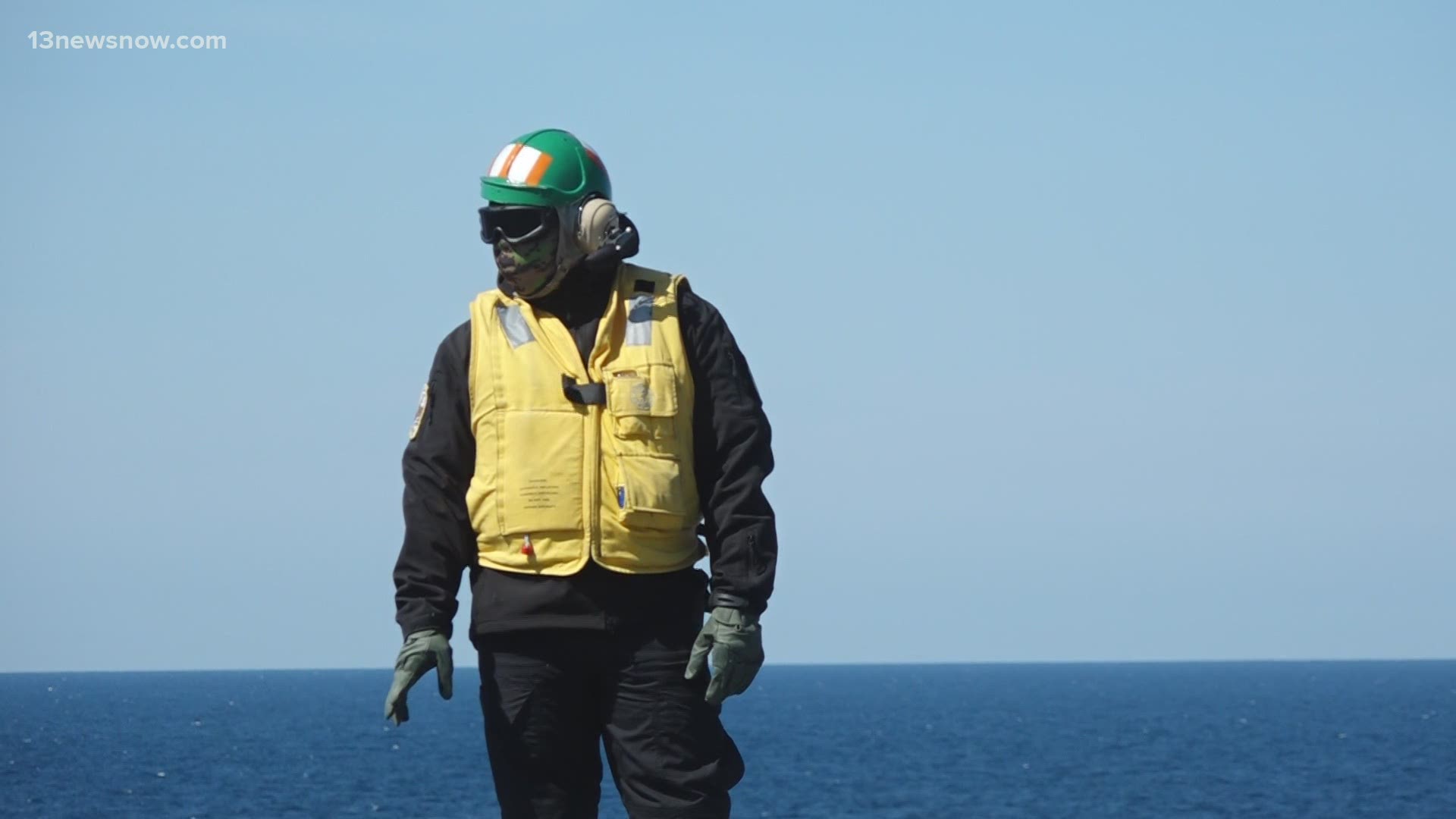 NORFOLK, Va. — The days out at sea are long, but they are worth it for the crew aboard USS Gerald R. Ford.

"I went to bed around zero-one [1 a.m.] and got up about zero-six [ 6 a.m.] and we were already setting up to track Learjet targets as part of our combat systems qualifications," Commanding Officer Capt. Paul Lanzilotta recently told 13News Now.

For the first time in the calendar year, 13News Now embarked to the Ford to catch a glimpse of the ship's progress. The last embark came in November 2020, when the ship had completed roughly 70 percent of its Post-Delivery Tests and Trials and was performing its first fully-integrated carrier strike group operations.

Months later, it's now at 94 percent completion, engaging in continued carrier qualifications for the fleet as well as Combat Systems Ship Qualifications tests.

The latest on the ship’s journey, and more coming on @13NewsNow. pic.twitter.com/yw55ayytFJ

In a media embark Tuesday, pilots assigned to Strike Fighter Squadron (VFA) 122 were launching and landing aboard the ship's flight deck.

As Post-Delivery Tests and Trials come closer to completion, Capt. Lanzilotta says the crew is getting faster and more precise with every landing and takeoff.

“What we’re doing is a whole lot of dry runs, that we know it's safe to fire live missiles at targets," Capt. Lanzilotta said.

The completion of 23 technologies -- new to USS Gerald R. Ford compared to its predecessor Nimitz class carriers -- are underway as well. The ship's weapons elevators, which have been an obstacle for the ship based on previous 13News Now reporting, are more than 90 percent operational according to Capt. Lanzilotta.

The progress comes months before the ship's Shock Trials, expected to take place in the summer of 2021. Here, the carrier will be tested to see how it withstands and fares against simulated battle and combat situations.

Capt. Lanzilotta says his crew is ready and is confident for when that time comes.

“Frankly, I don’t see significant barriers to that success from now until then."

The last aircraft carrier shock trials were conducted in 1987 for USS Theodore Roosevelt. 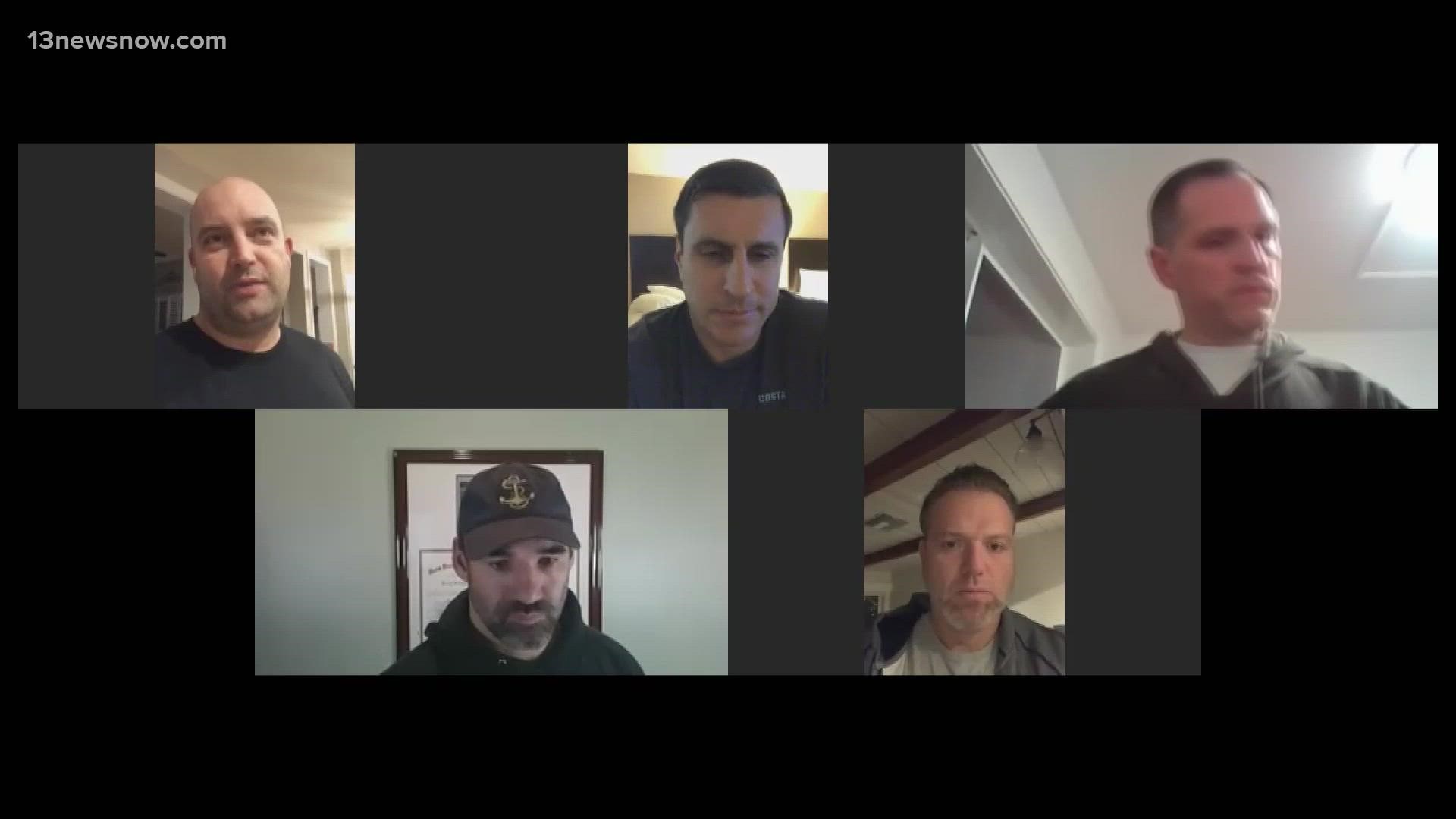