The ship was commissioned back in March, after an earlier life as a Military Sealift Command vessel. 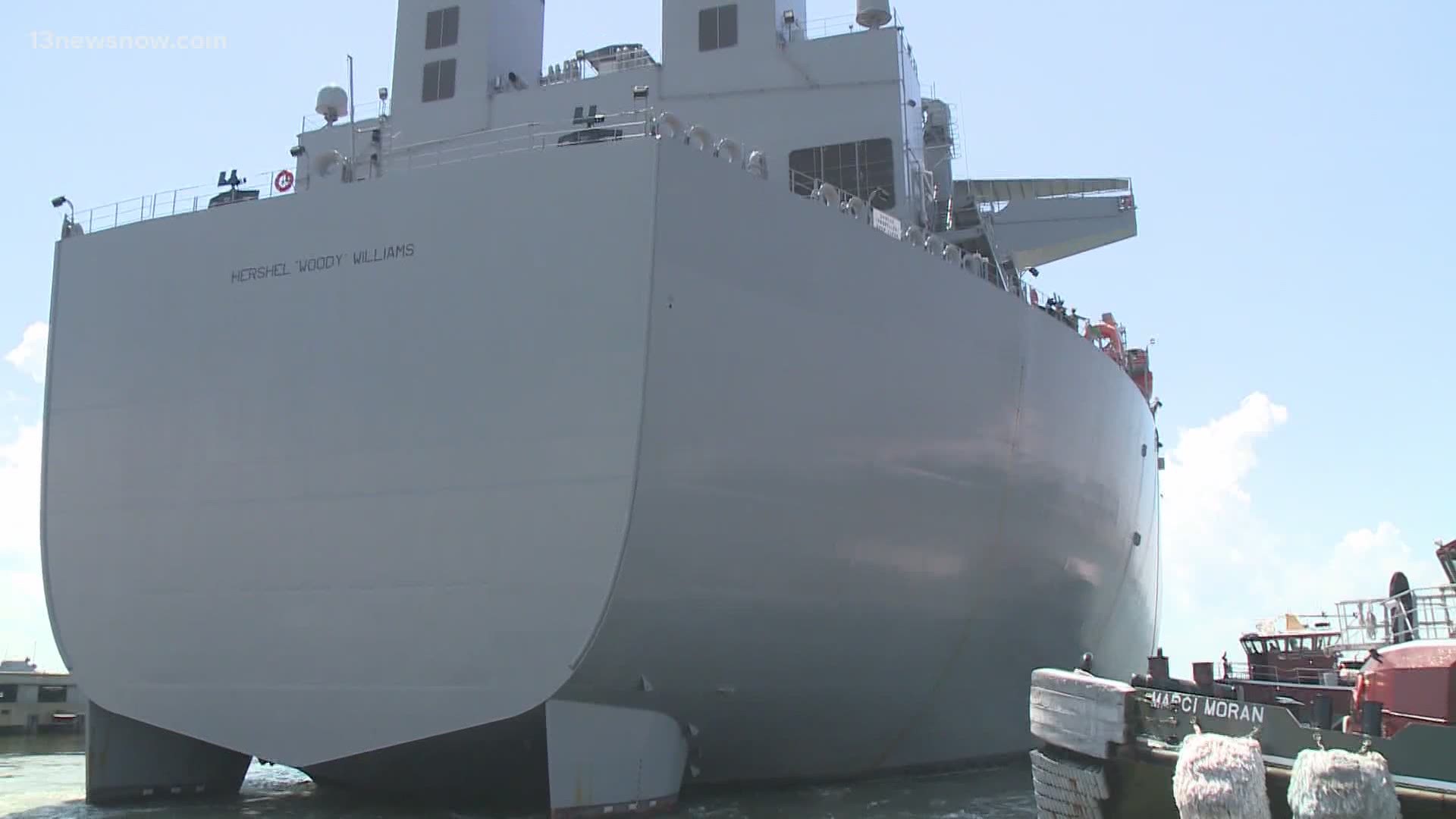 NORFOLK, Va. — The USS Hershel "Woody" Williams (ESB-4) has left its homeport for its very first deployment as an official U.S. Navy warship.

The ship departed from Naval Station Norfolk on Monday afternoon. It was commissioned back in March, after an earlier life as a Military Sealift Command vessel.

"As the commanding officer of the "Woody" Williams' Blue Crew, I can tell you that we are excited to embark on the ship's first deployment," said Capt. David Gray. "For the majority of our Sailors, this will be their first deployment, and I can't think of a more exciting area to operate in. We look forward to our deployment in U.S. Naval Forces Africa."

The ship is named for Marine Corps veteran, Hershel “Woody” Williams, known for his heroism during the Battle of Iwo Jima in World War II. On October 5, 1945, President Harry S. Truman presented Williams with the Medal of Honor at the White House.

With a hybrid crew of 100 Navy sailors and 34 civilian merchant mariners, the ship heads out today the Mediterranean/6th Fleet Area of Operations and support U.S. Africa Command.

The 784 foot-long vessel features a 52,000 square-foot flight deck, fuel and equipment storage, magazines, repair, and mission-planning spaces. Its features include a four-spot flight deck, a mission deck and hangar, work and living spaces for a couple of hundred staff and embarked personnel.

Her primary missions will be mine countermeasure operations and special operations forces support, with the capability to perform humanitarian relief missions as well.

The ship will remain forward-deployed there, and Blue/Gold crews will swap out every five months.

After the first such ship, USS Lewis B "Chesty" Puller deployed to U.S. 5th Fleet in 2017, the Navy decided the expected missions in the region meant it was appropriate to commission a second vessel.

And now, it was time to go. And for AE1 Reginald Brown, it was hard to say goodbye to his deploying wife.

"I know she's doing a good thing serving her country and she'll be back soon," he said. When asked if he is a little sad today, he replied, "I'm sad a lot."

RELATED: USNS Hershel Williams docks behind Nauticus ahead of commissioning