An in-person Fleet Week visit was canceled because of the coronavirus pandemic. 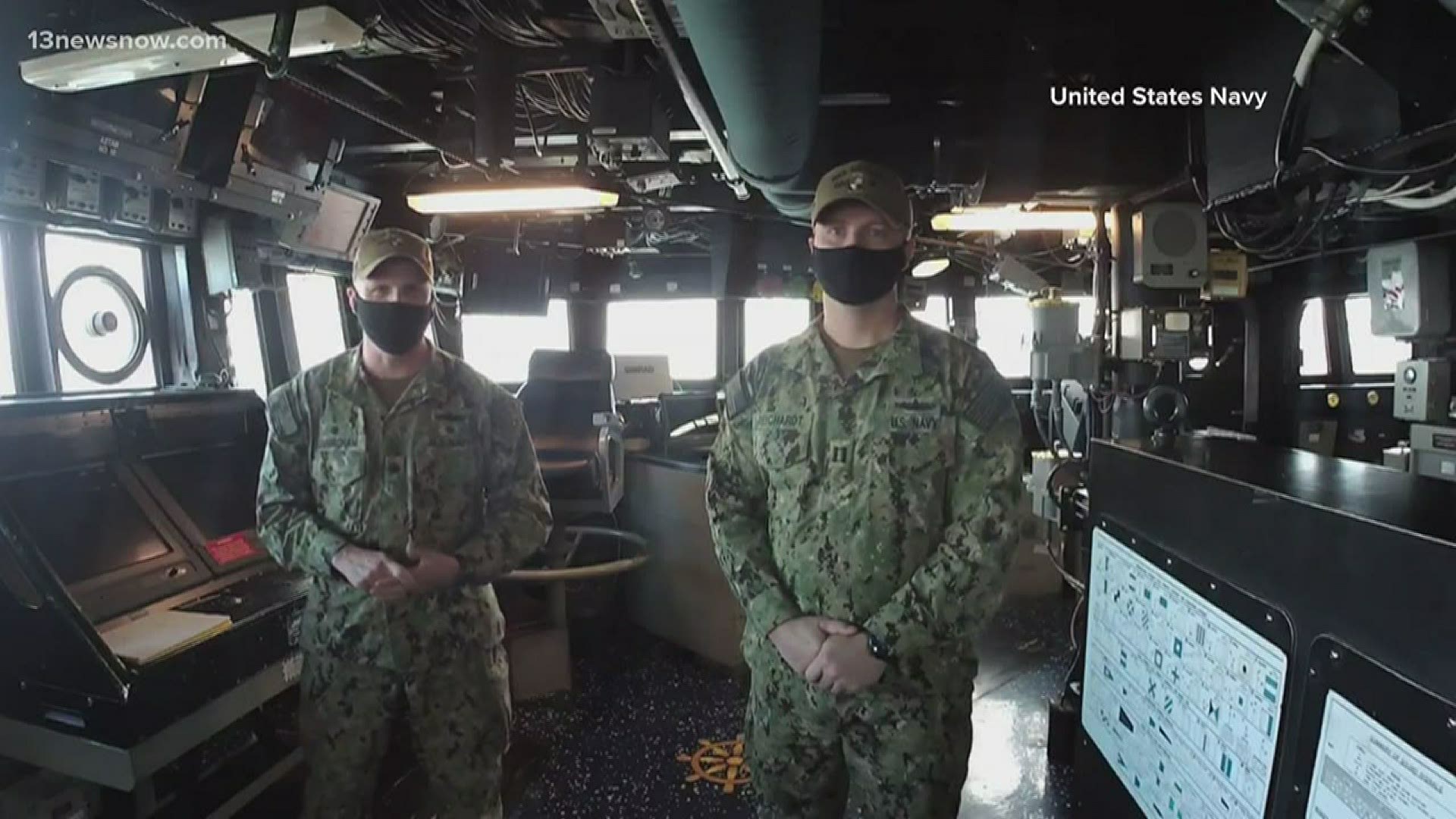 NORFOLK, Va. — Because of the coronavirus pandemic, the Navy couldn't get to New York this year for Fleet Week.

But, through technology, New York and the rest of the world can still get an inside look at the warships.

He even spoke about the ship's namesake, Navy chaplain Father John Francis Laboon, who was awarded the Silver Star during World War II.

This was the Navy's solution to the COVID-19 outbreak forcing the in-person cancellation of Fleet Week. The thought being, if you can't go to the Big Apple, why not bring the Big Apple to you via Facebook?

The ship's commanding officer gave viewers a little education about what destroyers bring to the fight.

"We're able to put Tomahawks, able to do air defense," said CDR Thomas Cunningham, III. "Able to hunt for submarines. Hunt for surface ships. Pretty much anything the Navy needs to do."

And Cunningham said the virtual tour gave his ship and crew an opportunity to give back during this Memorial Day weekend.

"To me, it means a time to remember those who've come before us and given the ultimate sacrifice to defend freedom and democracy around the world," Cunningham said.