Sailors aboard USS Roosevelt test positive for COVID-19 while deployed

The trio of sailors, who tested positive on Sunday, have not experienced any symptoms, Navy officials said. 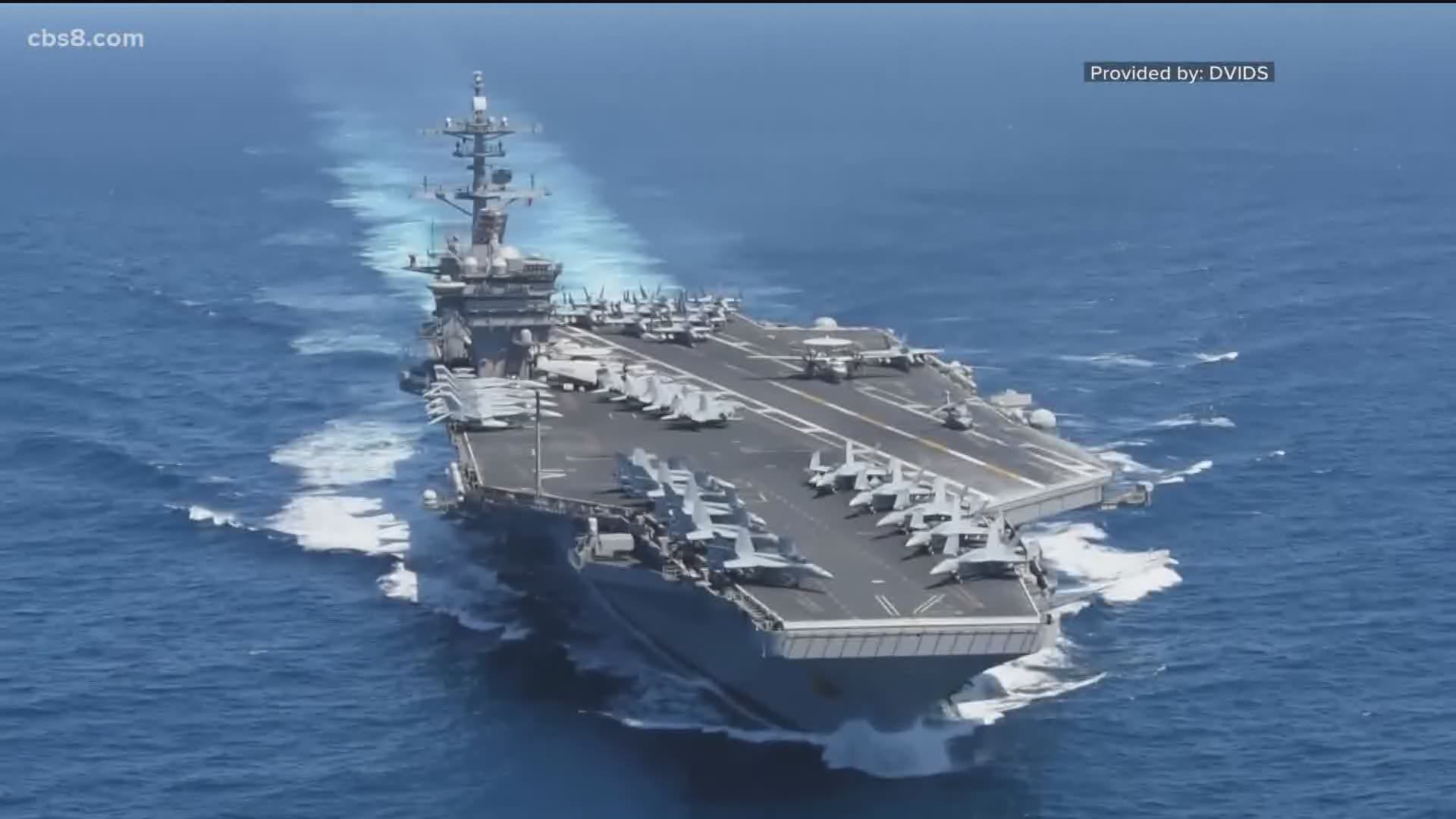 SAN DIEGO — Three sailors aboard the San Diego-based USS Roosevelt tested positive for COVID-19 a month into the ship's deployment in the South China Sea, according to a statement released Monday by the U.S. Navy's Pacific Fleet.

The trio of sailors, who tested positive on Sunday, have not experienced any symptoms, Navy officials said. Those sailors and others closest to them have been isolated in accordance with Navy and CDC guidance.

This marks the second outbreak on the aircraft carrier. Last year, more than 1,200 sailors on the ship tested positive for the virus, which led to nearly two months of quarantining in Guam before the Roosevelt's sailors could return to sea.

The Theodore Roosevelt and Nimitz Carrier Strike Groups are conducting dual carrier operations in a multi-month deployment, according to the Navy's website. The Roosevelt remains fully operational, officials said.

Cmdr. Myers Vasquez, a spokesperson for the Pacific Fleet, said the Roosevelt was deployed in December before coronavirus vaccines became available. He said vaccinations are currently voluntary for Navy service members and will continue to be until the U.S. Food and Drug Administration lifts its Emergency Use Authorization.

Meanwhile, the Roosevelt is "following an aggressive mitigation strategy in accordance with Navy and CDC guidelines to include mandatory mask-wearing, social distancing, and proper hygiene and sanitation practices," according to a Navy statement. "U.S. Pacific Fleet is committed to taking every measure possible to protect the health of our force."