VA Secretary blasts GAO report, says it does not reflect realities of today 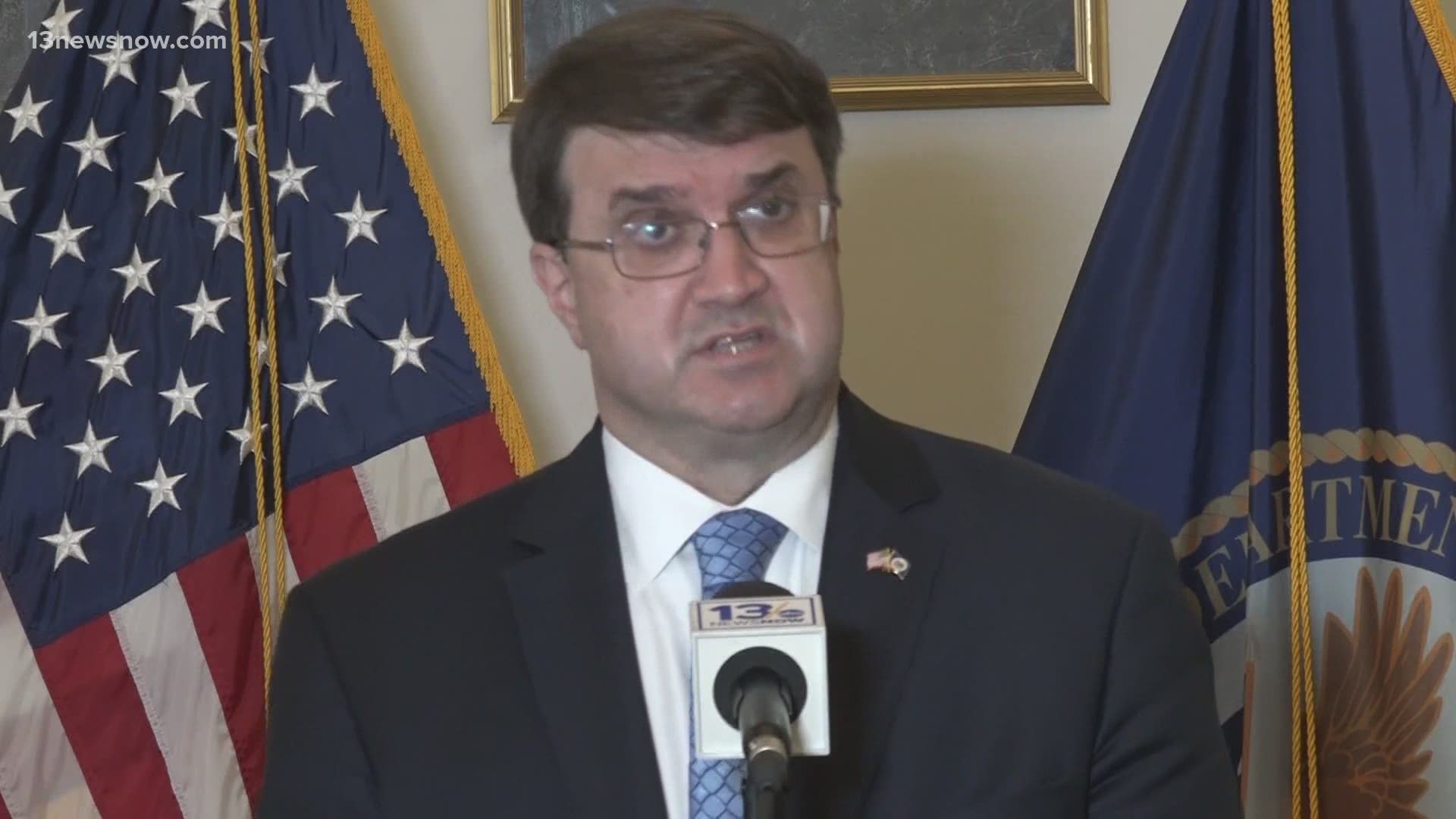 "That report was about the Obama Administration," said Secretary of Veterans Affairs Robert Wilkie. "That wasn't made clear in the hearing. That report stopped in 2016."

Wilkie said the report does not reflect conditions at the VA today, four years later.

"I would ask people to take a really close look at the way VA is now, as opposed to a snapshot of VA a long away period, which is what that GAO study was," he said.

Wilkie also spoke about the House Veterans Affairs Committee vote this week to force the VA to cover three additional medical conditions presumed to have been caused by exposure to the toxic herbicide Agent Orange during the Vietnam War. The VA estimates that expansion could cost from $11.2 billion to $15.2 billion.

"We will take care of patients wherever they are and however they are presented to us," he said. "The only thing I will ask the Congress is  that they provide us the funds to do that."

The wait time for primary care at the Hampton Veterans Affairs Medical Center, according to the VA's own website, was the worst in the nation back in 2010, with a backlog of 108 days. Today, it is 15 days.

How'd they do it?

"Good people," said Wilkie. "Good people who are reaching out, hiring good people, and reaching out into the community. The other thing that we've done is we've given veterans options. We've given them the option, if they don't like the wait times, they can go in the private sector."

He also weighed in on numerous other topics, including the continuing tragic problem of veterans suicide, which currently stands at about 6,000  cases per year.

"What we want to do is expand our reach into areas we're not in," he said. "The majority of veterans who take their lives, we have no contact with."

Wilkie said he believes the VA  is "on the right path" with veteran homelessness, which stands at about 37,000 vets without a home currently. Wilkie points out it was 400,000 a few years ago.

On Saturday, a spokesperson for the Department of Veterans Affairs provided 13News Now with a clarification, stating "Homelessness among Veterans declined by 50 percent between 2010 and 2019, from 74,087 to 37,085, respectively."

On COVID-19, Wilkie offers condolences for the estimated 2,040 VA patients who have died from the virus, but points out that figure is out of a total patient base of nine and a half million veterans.

Wilkie takes exception with lawmakers trying to change Abraham Lincoln's word in the VA motto to be more gender-neutral, noting that the agency has an above 80 percent satisfaction rate among female patients.

"We're not seeing what some activists are seeing," he said.

Wilkie made clear he is not a fan of the idea.

"I would not be arrogant enough to want to change the words of perhaps our greatest American," he said. "Those words are there to inspire."