The Department rolls out 'Solid Start' to help veterans get familiar with the V.A. It has also developed a database to help with Agent Orange benefits. 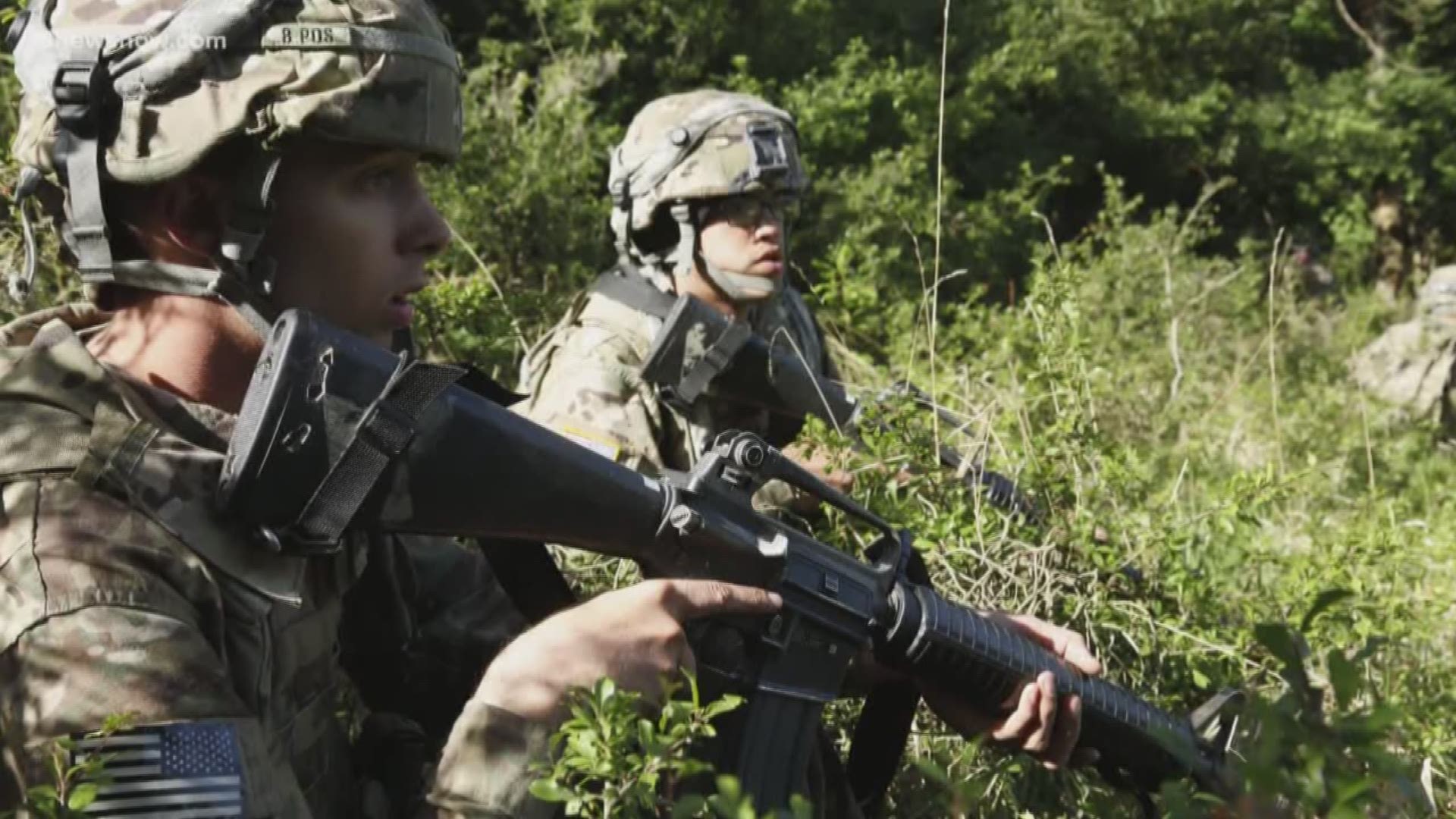 NORFOLK, Va. — The numbers are staggering: 20 military veterans commit suicide every day in America. In 2017, more than 6,100 took their own lives. The rate of veterans dying at their own hand is 1.5 percent higher than it is for non-veteran adults.

For the Department of Veterans Affairs, one big challenge is figuring out what to do about the veterans who are not affiliated with the V.A. who commit suicide daily. How does the department reach them?

The V.A. is introducing a new program called "Solid Start." It is designed to help departing active and reserve troops as they transition to civilian life. It's part of the larger effort to combat suicide being led by the V.A.'s Under Secretary for Benefit, Dr. Paul Lawrence.

"Two-thirds of the veterans who commit suicide have never come to the V.A.," he said. "Solid Start is a series of phone calls in the first year as they transition to civilian life, to begin to establish the relationship and connect them with the V.A. Don't forget, once you leave the military, you're a veteran forever. And we want veterans to know you're welcome at the V.A."

The program is a part of Executive Order 13-822, which aims to improve mental health care and access to suicide prevention resources to service members following discharge, separation or retirement from the military.

The program wants to connect veterans with direct benefits and partner organizations that can help them in the transition period. Veterans discharged within the past two months have been automatically signed up.

"So far it''s been a great success," said Lawrence. "We've actually connected with a much higher level. And quite frankly, we've had some anecdotes of changing people's lives; they've been lonely and the like, and this has helped them re-frame and get to a much more positive place."

Last week, a group of 38 lawmakers sent a letter to the White House complaining that the V.A. has been to slow to approve benefits for the estimated 190,000 vets who may have been exposed. The senators said the V.A. was "stonewalling" when it comes to approving 14 different types of cancer that are presumed to have been caused by Agent Orange.

Not so, says Lawrence. He said the department has been diligent preparing for the new coverages as mandated by the Congress, signed by the president and which went into effect January 1, 2020.

"We spent the period from June to January getting all the ships logs of the 1,900 ships that were in the Navy at that time from the National Archives, and scanning them, and building electronic tools to do that," he said. "So, if you have the conditions and you were in the Navy, please come and apply and we'll figure out if you're eligible for benefits and care."

You can begin the process by going to VA.gov.