A parade in Virginia Beach will honor those who have served. 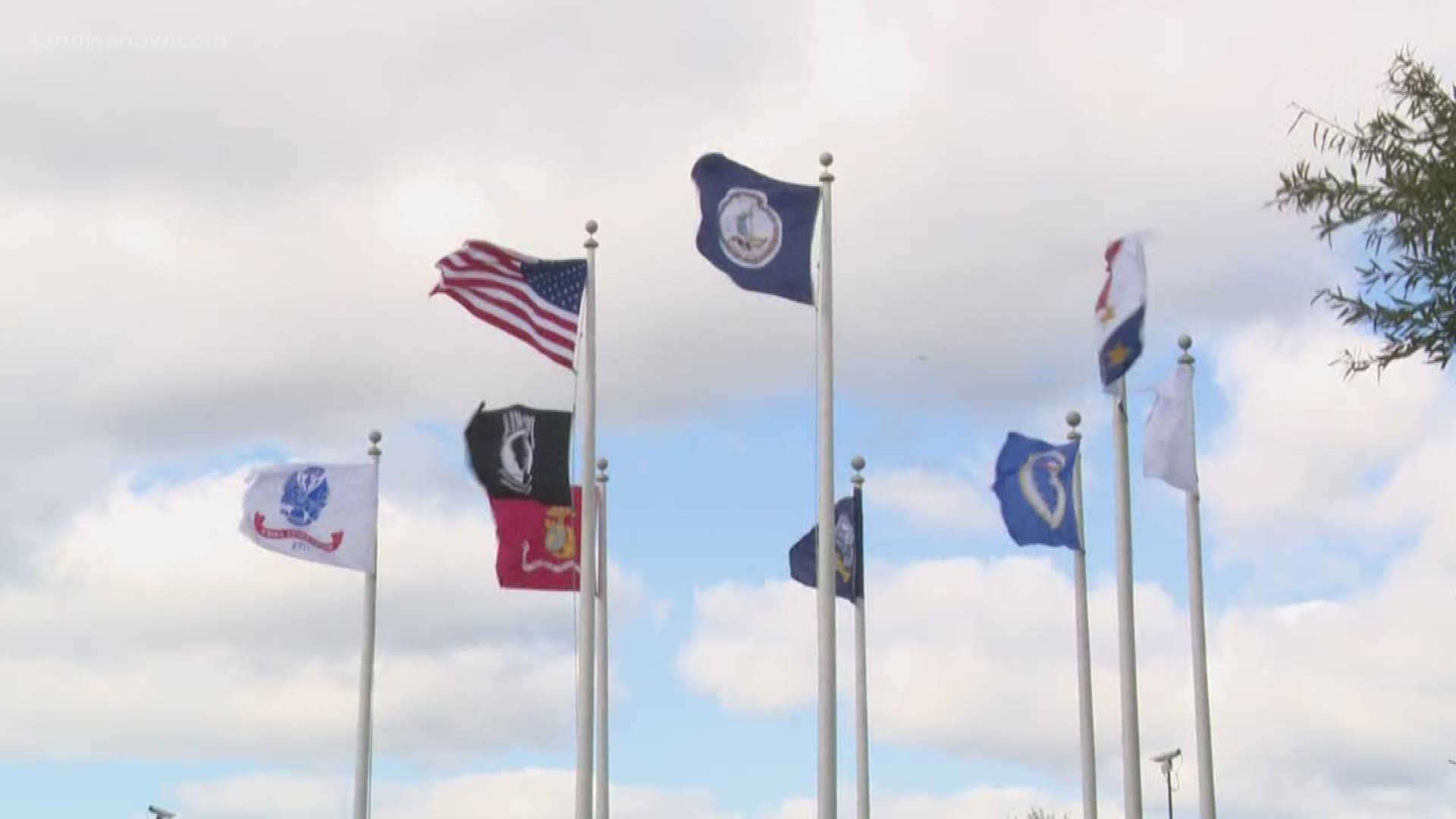 VIRGINIA BEACH, Va. — The nation's 18.2 million military veterans have given so much. Now, the rest of America have a chance to give back by simply showing up and saying "thanks."

Veterans Day is a time to pay respect to those who have served. For one day, America stands united in honoring veterans.

One of the grandest local gatherings will happen in Virginia Beach, with the Tidewater Veterans Day Parade and ceremony sponsored by the Hampton Roads Council of Veterans Organizations.

It steps off at 9 a.m. Monday at 16th Street and Atlantic Avenue. The parade ends at the Tidewater Veterans Memorial on 19th Street behind the Virginia Beach Convention Center.

"This is a very special day, a special day for Virginia Beach and the Hampton Roads community," said retired Navy Senior Chief John Cooper, who is a member of AmVets, and the Joint Leadership Council of Veterans Services Organizations of Virginia. "I think this an opportunity for people to recognize what our veterans have done."

This parade is said to be one of the top 50 largest in the country. It will feature 120 units marching, which includes all services, bands, veterans from each war or conflict, JROTC and the Boy Scouts and Girl Scouts.

The event is sanctioned by the Department of Veterans Affairs National Veterans Day Committee. The mayors of Chesapeake, Norfolk, Portsmouth, Suffolk, and Virginia Beach who signed the Veterans Day Proclamation declaring that "citizens, businesses, and organizations demonstrate due appreciation, admiration, and respect for all veterans who have served our great nation."

Formerly called "Armistice Day" to honor the November 11th, 1918 end of World War One, the holiday was changed in 1954 to "Veterans Day," to salute all veterans of all wars. Although the name of the national holiday has changed, its ambition as spelled out by Congress in 1938 remains true today: "A day to be dedicated to the cause of world peace."