Veterans go to battle stations in war against COVID-19

Team Rubicon is a veteran-led global disaster response non governmental organization. They're pitching in to help with the FEMA vaccination effort in Norfolk. 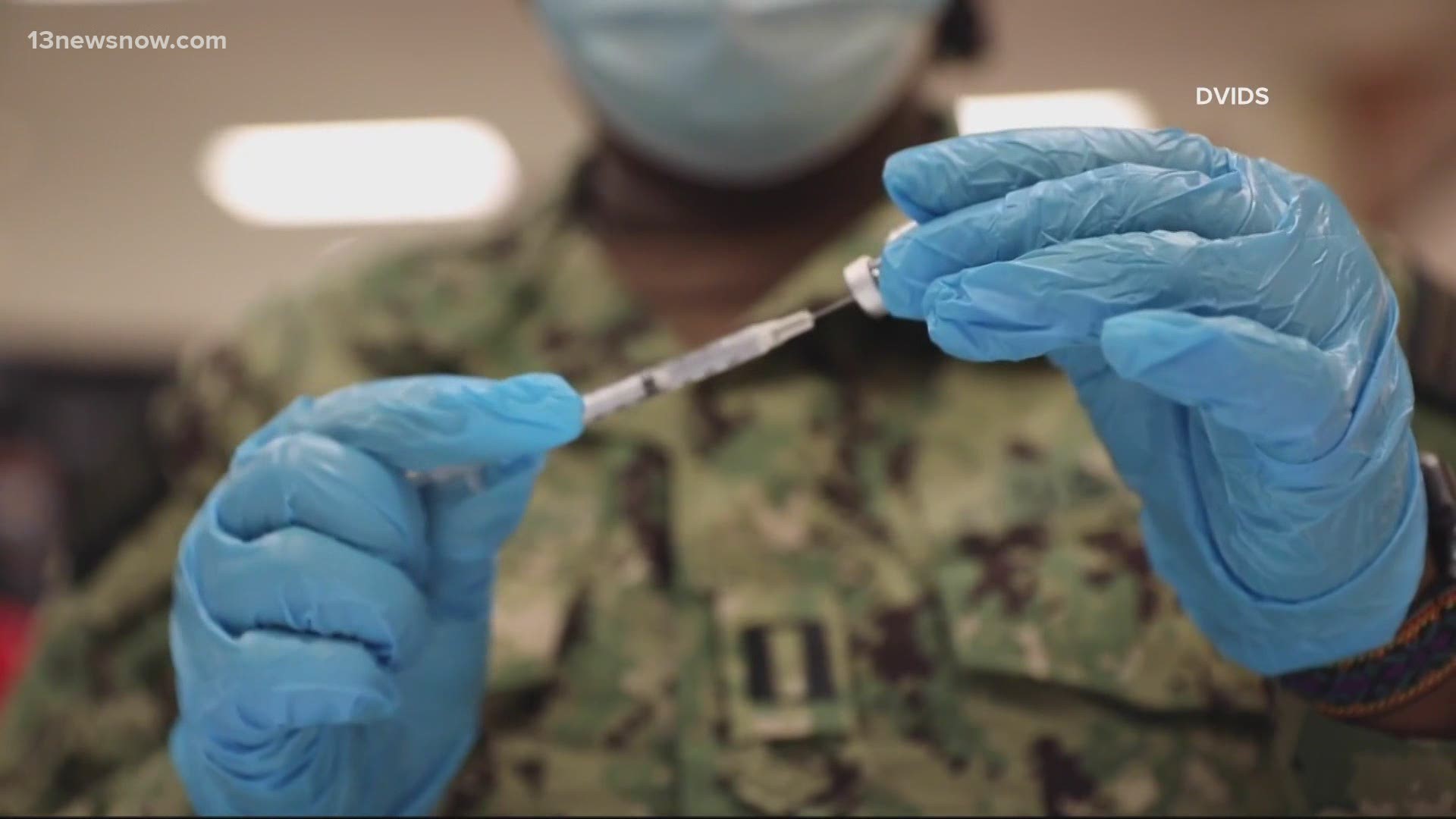 NORFOLK, Va. — They have obviously already done so much for our country. Now, military veterans are pitching in once again to fight America's current enemy: COVID-19.

The idea of their group is to leverage vets' skills and experience to help people prepare, respond and recover from disasters and humanitarian crises.

This week, they were supporting the FEMA mass vaccination site in Norfolk, in the old Macy's at Military Circle Mall.

Arun Iyer is a commander with 19 years' service in the Navy Reserve. He's leading the Team Rubicon Norfolk effort, and happy to be doing it.

"Well, just because you take the uniform off, I don't think ever it means that you stop wanting to serve," he said.

In the last five days, they've helped with about 6,000 shots in Norfolk.

Since its founding in 2010, Team Rubicon has grown to over 130,000 volunteers across the U.S. and has launched more than 800 operations domestically and internationally.

The NGO has sent teams out to help following disasters all over the world, including Haiti, Sudan and Turkey.