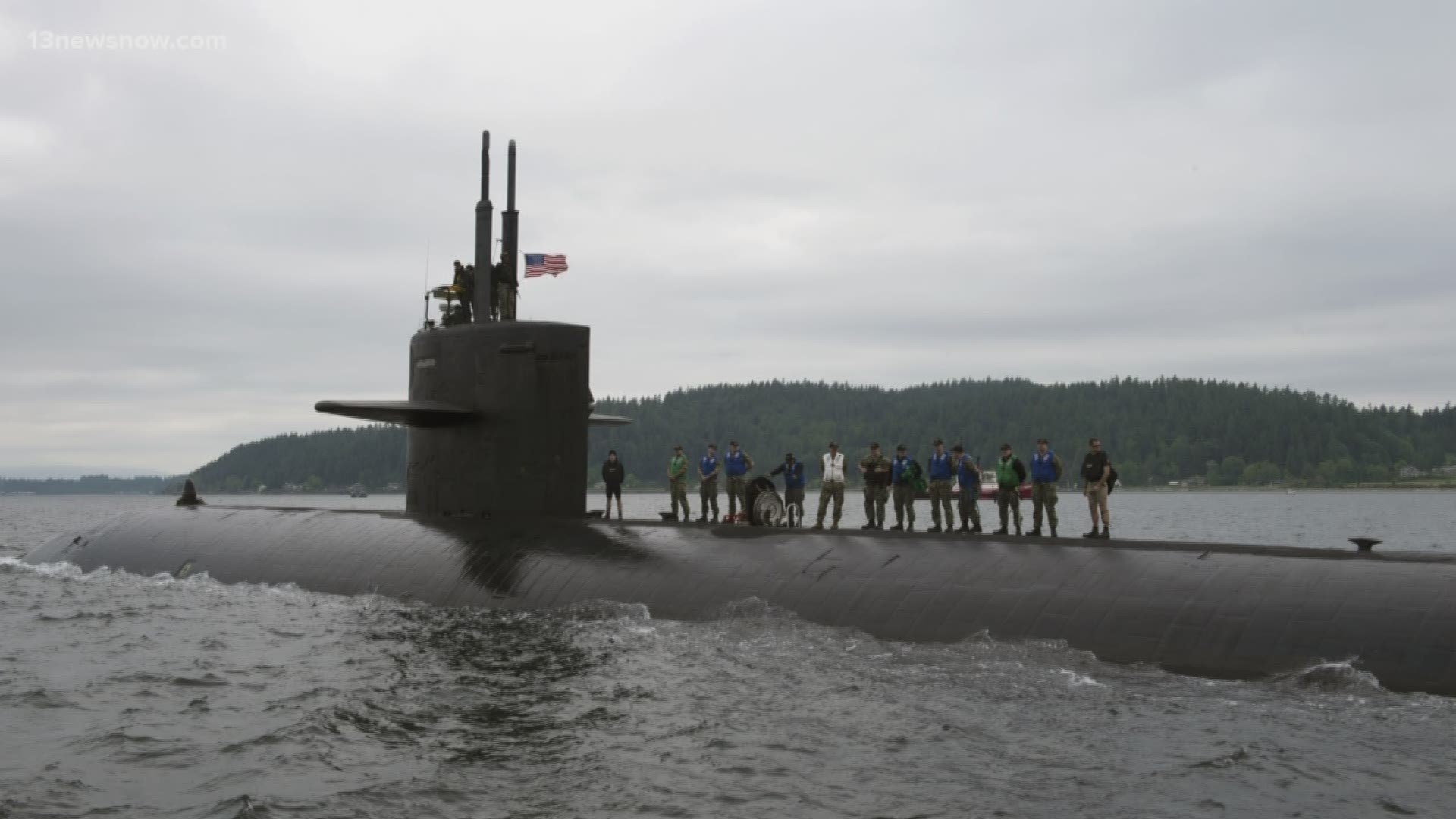 WASHINGTON — There was some push-back on Capitol Hill Thursday to the Trump Administration's proposal to cut the Virginia-class submarine construction program, from two subs to one in 2021.

The decision would have a big impact on Hampton Roads' largest private employer, Newport News Shipbuilding, which is home to more than 24,000 employees.

That company builds the submarines in a joint venture with General Dynamics Electric Boat in Groton, Connecticut.

The Democrat asked, "The Virginia class is essential to our undersea superiority, is it not?"

Admiral Charles Richard replied, "Senator, the Virginia-class submarine is the finest submarine in the world."

Blumenthal then asked, "And we want to continue building more of them?"

Richard told the committee the proposed submarine cut "is just indicative of the difficult budget choices that the Navy and the whole Department of Defense are having to make."