Virginia International Tattoo back for 23rd year in April

This year's event will salute women in the military. 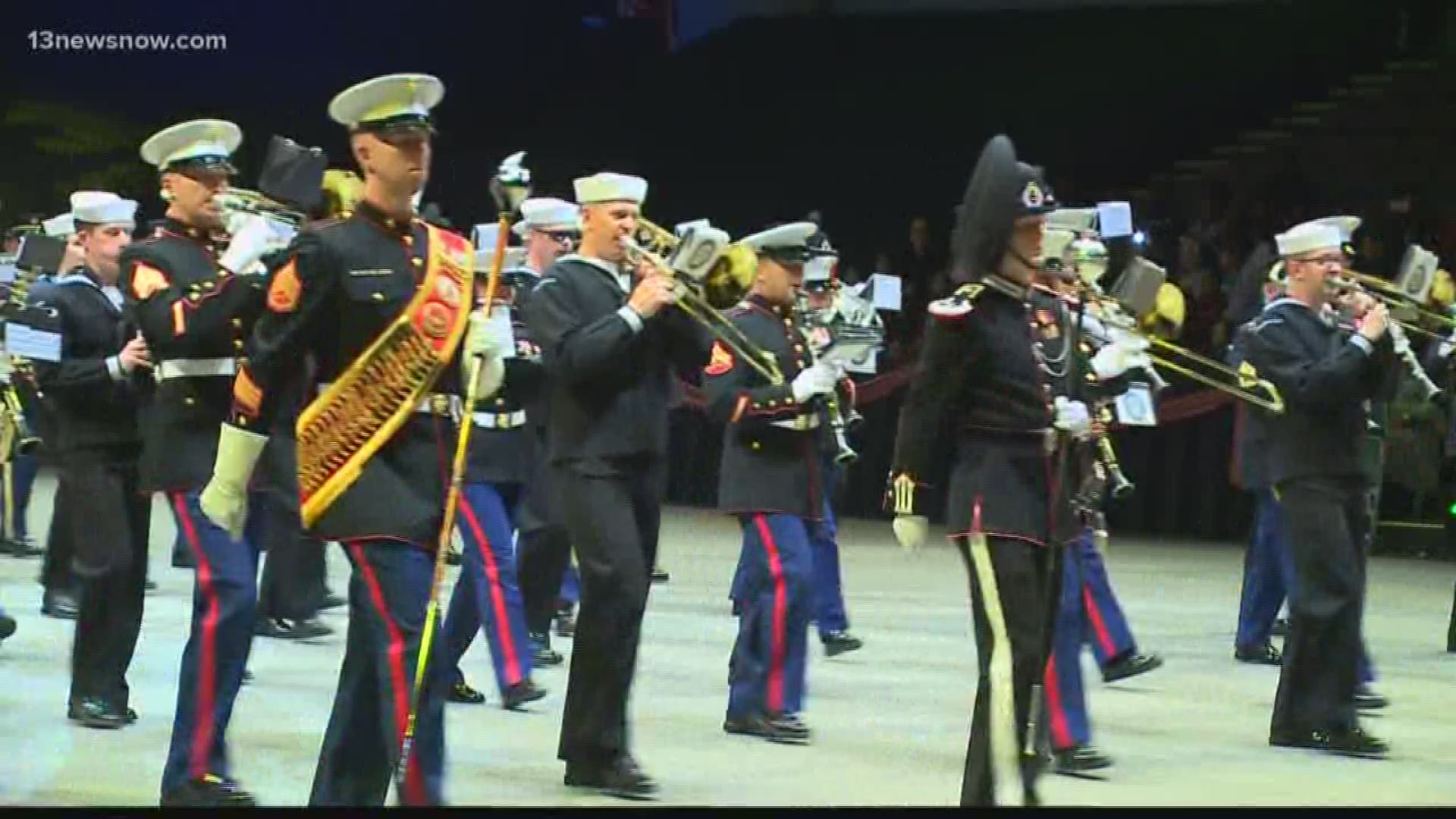 NORFOLK, Va. — One of Hampton Roads' most cherished cultural events is coming back for its 23rd year.

It is a spectacular event, truly unlike any other. With an extraordinary cast of more than 1,000 performers from 8 nations, the Virginia International Tattoo returns to Norfolk Scope this April.

"Virginia Tattoo has a unique style and spirit and it starts being unabashedly patriotic," said Tattoo Producer-Director Scott Jackson.

Presented annually as part of the Virginia Arts Festival, the term, "Tattoo" evolved from a European tradition dating back to the 17th century.

The Tattoos seen across the world today refer to a ceremonial performance of military music by massed bands.

The theme for the 2019 Tattoo in Norfolk is: "Courage & Commitment – A Salute to Women in the Military."

"There are a lot of strong women in the Army," she said. "I'm proud to even be among them and to be a representative of them. I'm only the fifth female commissioned Army band officer, so a lot of women have come before me, and still knocking down barriers each time one of us joins."

Recent past years have saluted Medal of Honor recipients and Vietnam war veterans.  This year, the Tattoo will honor women in the military.

More information and how to buy tickets are available at the Virginia Arts Festival's website.