Virginia senators support veto override, but it's unclear when vote will be

Effort to enact the National Defense Authorization Act have been sidelined by debate over the COVID-19 stimulus relief package. 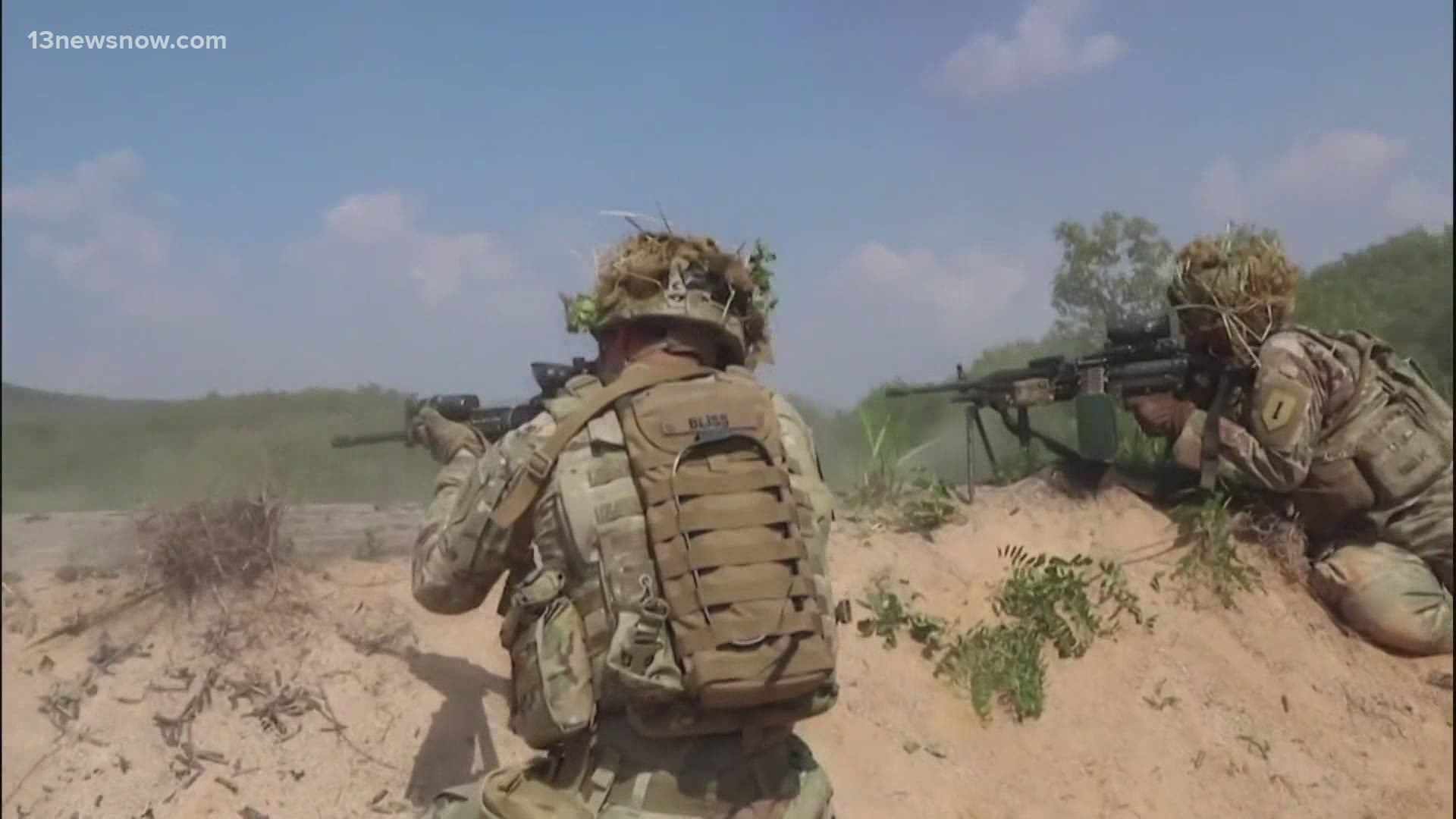 The numbers seem to overwhelmingly be in support of overriding President Donald Trump's veto of the act.

"He hasn't had a veto overridden before, but this is one where there will be a bipartisan and strong consensus that he was wrong," said Sen. Tim Kaine (D-Virginia).

Kaine says the NDAA is critical to the nation's defense and to Virginia, and must be enacted.

Virginia's other Senator, Mark Warner, agreed that overriding the president, on this bill, is urgent.

Until now, the bill has passed Congress and never been vetoed by a President, for 59 consecutive years.

But senators just can seem to get around to it. They have been sidetracked by the ongoing debate over COVID-19 relief.

The question is, when?

"Even with objections, we will still have enough time to vote on the Defense override before January 3rd," he said  "January 3rd being the critical day when, in a sense, the next Congress is sworn in."

Kaine is likewise confident that the Senate will soon take up the NDAA.

"Everybody is very focused on, we have to do the veto override vote and we will get to it," he said. "I just can't tell you whether it's going to be tomorrow or Friday or Saturday, but, we will get to it."