The Secretary of the Navy proposed the creation of a new Naval University System. Both ODU and Sen. Mark Warner think Hampton Roads would be a logical home for it. 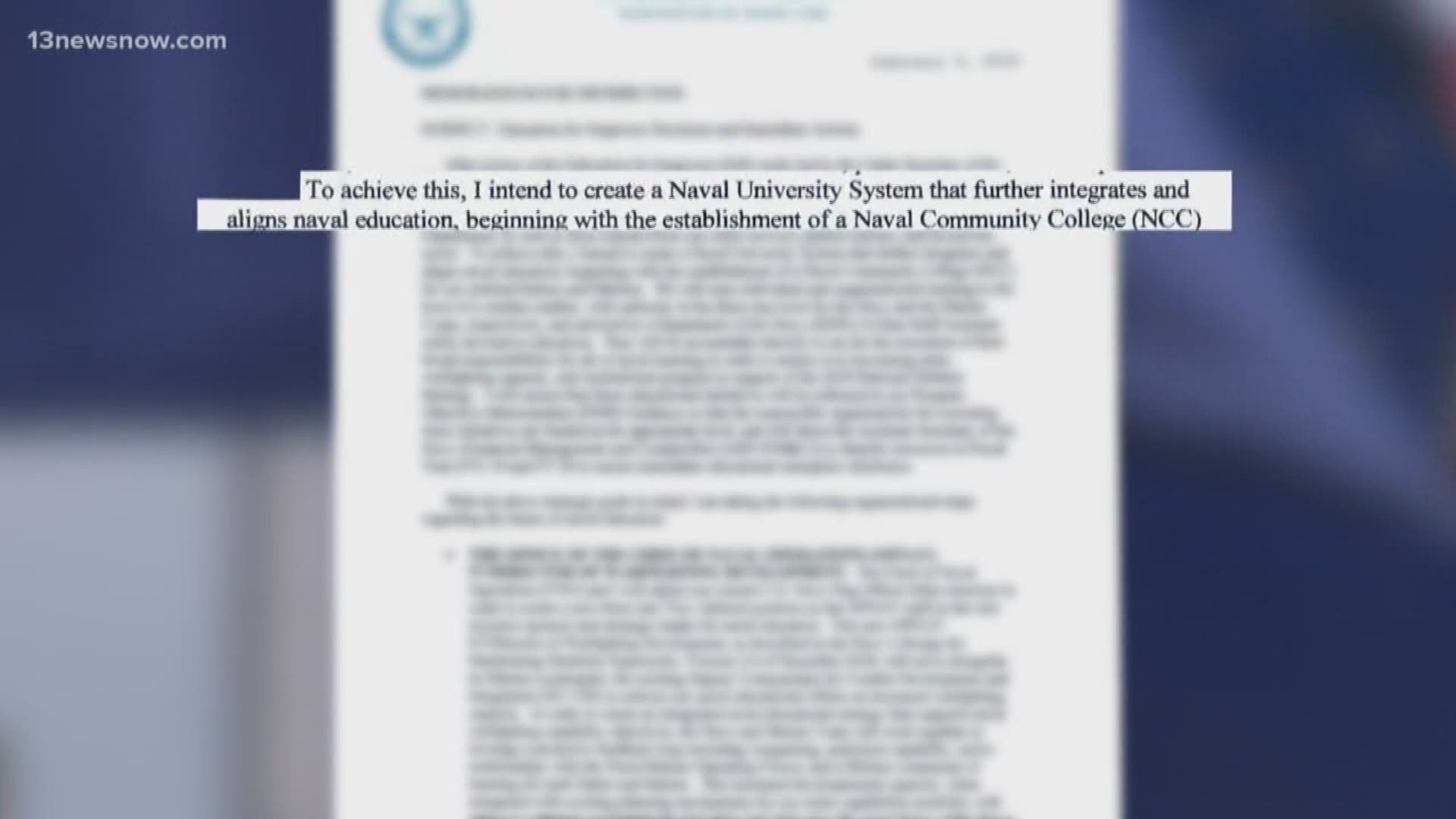 NORFOLK, Va. — Senator Mark Warner is asking the U.S. Secretary of the Navy to consider Hampton Roads as the location for a first-of-its-kind Naval University System-Naval Community College (NUS-NCC) Center of Excellence.

In a previous memo issued by Secretary Richard Spencer, the Navy suggested enlisted service members would benefit from further educational opportunities to help with naval readiness with the creation of a new Naval University System.

Spencer said the first vital step towards establishing the Naval University System involves creating a Naval Community College for enlisted sailors and marines, which would raise individual and organizational learning to the level to a warfare enabler.

"The idea is to make the Navy forces stronger and smarter and more readily available and relevant so the more education they get, the better off they’ll be," said Bob Clark, the Director of Military Activities Liaison & Special Projects at Old Dominion University.

ODU President John Broderick has proposed the Navy consider Hampton Roads as the home for any such future institution.

"The vast military population is in Hampton Roads," said Clark. "It just makes sense that this would be a prime location for the Navy to establish this system."

Warner agrees, and in his letter to Spencer, he urges the Navy to strongly consider ODU's proposal.