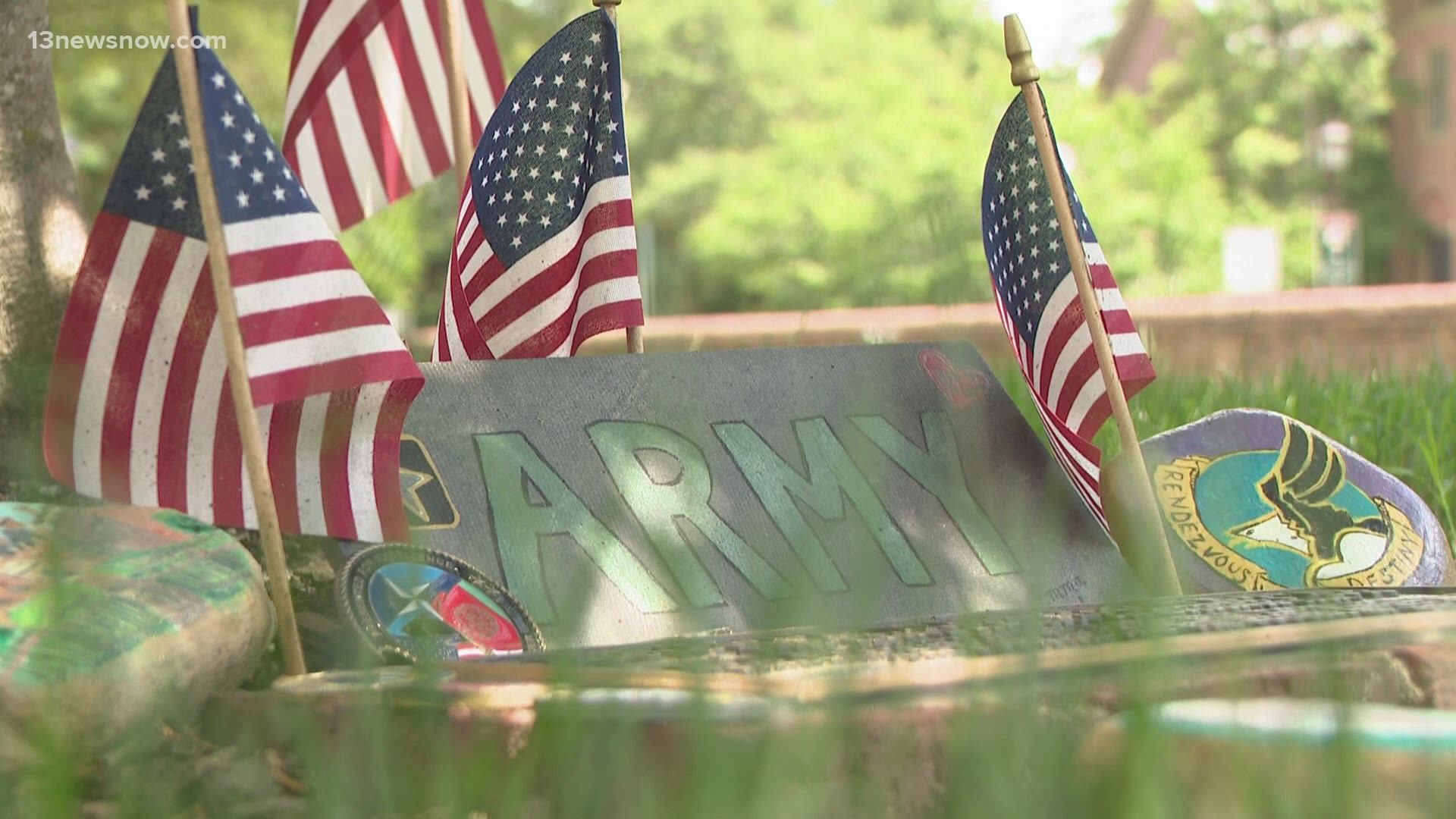 WILLIAMSBURG, Va. — After spending his childhood as an Army brat and then serving the country for 23 years in the military, Bob Merkl woke up one day with a question: "What am I gonna do for the rest of my life?"

There was a heap of responsibilities that went along with that question.

"I've got three teenage kids, a family to support, and a mortgage to pay," Merkl recalled thinking.

He had to make the transition to civilian life, and it was a transition that was harder than he thought it would be.

"I was ill-prepared for it," said Merkl, who did catch a break.

"I was very fortunate that I found someone in electronic data systems whose dad has been a command sergeant major in the Marines. Although I didn't meet the technical requirements of the position he was recruiting for, he saw something in me that he was willing to take a chance on," Merkl explained. "He actually created a position for me, kind of an internship position, and it allowed me to start my second career with someone who was a mentor and a coach."

Now, Merkl said he hopes to provide that same structure and opportunity for fellow veterans.

To do so, he has laid out goals for the William & Mary Veteran to Executive Transition (VET) program.

"We want to optimize the veteran experience here at William & Mary."

The program will help veterans affiliated with the school, including approximately 190 veterans across five MBA programs, as well as members of the ROTC.

"We're putting programs in place that emphasize holistic nature," Merkl said. "Most programs like this focus on the technical piece but you can't be successful professionally until you're successful personally. So not what are you, but who are you? Where does your passion lie?"

Internships and mentors are included to help make the cultural adjustments that come with civilian life.

"The next thing is building networks on networks," Merkl said, adding that he's talked to over 1,000 people since taking the job in November. Merkl said a $10 million gift from a generous donor has enabled William & Mary to create the program.

His final goal is to sustain this program well beyond that initial donation.

"We're really looking at the life of this," he said. "We want to set people on a path at the executive level, then have them pay it forward, giving back to help others transition."

Twenty-three years after he didn't know what he was going to do for the rest of his life, Bob Merkl will spend it helping others figure it out.