It's a documentary and exhibit featuring first-hand accounts from Filipino nurses in Virginia combined with the documented history after the Spanish-American war. 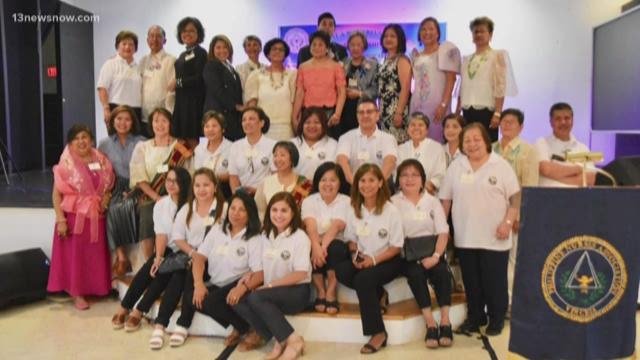 VIRGINIA BEACH, Va. — It’s a story that’s not always at the forefront in history. Registered nurse and nurse historian Reynaldo Capucao said he wanted to unravel the “complex history” of Filipino nurses in Hampton Roads.

“Who’ve gone through this mission of migrating from the Philippines to the U.S., and also specifically to the Hampton Roads area, to find a better life, to live the American Dream,” Capucao said.

“There’s only two nursing history centers in the country in the U.S., one is at UVA [University of Virginia] and so I’ve been working with the history center there to uncover this hidden history.”

He's put together a documentary and exhibit featuring first-hand accounts from Filipino nurses in Virginia who immigrated after the Spanish-American war.

Dr. Barbra Mann Wall of UVA's School of Nursing said Filipino nurses have made a "tremendous impact" on the U.S.'s healthcare system.

“One of the functions of writing history is to get people’s stories," Dr. Mann Wall said.

"And history gives us an identity and especially in nursing, we’re seeing the stories of these Filipino nurses and how important that identity as a nurse was to them but also how important their work is to us here in the U.S.”

Capucao said it’s hard to pinpoint just how many Filipinos immigrated to the U.S. to become nurses, but he hopes his work will help piece it all together.

“Whenever you enter a hospital, you know there’s a Filipino nurse somewhere, every floor you enter, especially here in Hampton Roads," he said.

Capucao said he just wanted to tell their stories.

“The muse is my mom," Capucao said. "She’s been a registered nurse for over 40 years and she’s one of the nurses that migrated over here to Virginia Beach.”

Capucao said his exhibit at the Philippine Cultural Center of Virginia will be donated to UVA's Nursing History Center.