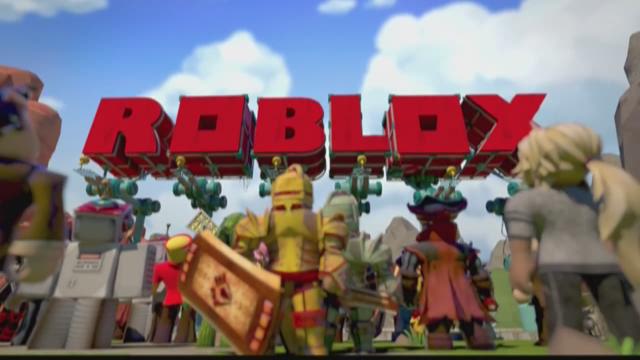 It's advertised as the world's largest community created gaming platform. Around 44 million players who explore virtual worlds and thousands of games. Marketed to kids and teens, some parents are worried that adults are bringing real world problems to the virtual one.

"I was concerned after reading an article online about the game and some inappropriate messages," said James Jordan, a father whose six and nine-year-old played the game. "So I logged on to see if I could find anything."

Jordan logged in on his son's account. He says he noticed the chat function in one of the most popular virtual worlds, "Meep City" appeared to block words with hashtags.

"There were little pound signs where ever there would have been a vulgar word," Jordan said.

But what disturbed him was what he found in party rooms.

"Looking in the beds they had people -- the little avatars-- having sex and simulating sex acts," Jordan said.

10News downloaded the app and found similar scenes playing out in party rooms. While not explicit, Jordan didn't want his kids to see it.

"Even my daughter could have gone into that world as a guest. She wouldn't have been able to chat with anyone but you could still see what's going on," Jordan said.

10News reached out to Roblox who sent this statement:

"The safety of our community is a top priority and we’re constantly assessing and improving our trust and safety measures. There are several safeguards in place to protect our users that utilize current technology and human oversight."

We have instituted a best-of-breed, third-party software system created specifically to find offensive language and flag it. For users that are under the age of 13, these filters are set to block any sharing of personal identifiable information. We continually fine tune this software to detect and block new and creative ways to message inappropriately. We also scan the site multiple times daily to ensure that none of our users are having inappropriate web technologies used to track or identify them.

All accounts for users that are under the age of 13 are set to only communicate with friends. Only friends in the approved friend's list can personal message, invite another user into games, or to join a VIP server.

All of this is backed up by a moderator network that uses our in-house team to review every image, audio, and video file that is uploaded to our site or into any of our games. If users or their parents are witnessing any bad behavior in the game, we urge them to flag the ‘abuse report’ function in the game so that these participants can be handled by the Roblox team.

Together we want to work with parents and the community to stay vigilant over today’s online landscape and continue to build best practices to avoid negative situations. We want to make sure that all users are aware of the potential challenges and navigate them through it.

This is a priority for us. We want all users to be safe on Roblox, and we will continue to invest in the safety of the game so it is a positive, productive, fun and protected space for our community. We would like to hear from parents if they have questions or suggestions. They can email us at info@roblox.com."

There is also a Parent's Guide for more information.

The party room that 10News witnessed the avatar characters having simulated sex was shut down by a moderator. But Jordan said he's seen enough and deleted the apps off his kids' devices.

"You need to monitor your kids apps and their time on their devices because you never know who's out there," Jordan said.