Former boxing champ Pernell "Sweet Pea" Whitaker took his mother to court Wednesday to clear the way for an eviction from the house he bought for her 30 years ago. 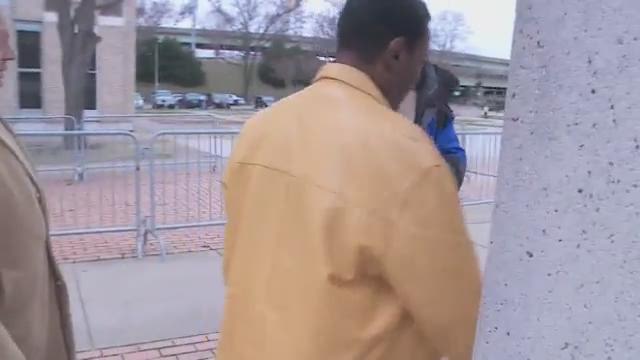 NORFOLK -- Former welterweight boxer Pernell 'Sweet Pea' Whitaker was at one time the pride and joy of Hampton Roads.

The Norfolk native won a gold medal in the 1984 Olympics and went on to become one of the world's greatest boxers.

But over the years, Whitaker was knocked out by substance abuse and numerous run-ins with the law. The man who was once a millionaire is now struggling to make ends meet. In an effort to recover financial losses, Whitaker has taken on an improbable opponent.

It is the case of Whitaker versus Whitaker.

Pernell Whitaker took his own mother to court Wednesday to clear the way for an eviction from the home he bought for her 30 years ago.

Back in the 1990's, Sweet Pea Whitaker was a millionaire. He moved into the high-end Church Point neighborhood of Virginia Beach and bought his mother a solid-brick home near the Botanical Garden in Norfolk.

Wingfield Road was a long way from the Young Terrace public housing community where Novella Whitaker reared her seven children. But the 2500 Block of Wingfield Road is where the latest chapter in Whitaker's life takes low blow.

In Norfolk General District Court, Whitaker filed an unlawful detainer against his 73-year-old mother. He is trying to evict her, and then sell the house to cash in on an estimated $200,000 worth of equity.

In a brief hearing, Whitaker and his lawyer, Bruce Gould, told Judge Gwendolyn Jackson the former boxer's funds are drying up along with opportunities for him to work as a trainer. The mother blames the boxer, while the former boxer blames the mother for unpaid real estate tax bills that could lead to foreclosure.

Whitaker and his lawyer say the only way he can pay the bills is to sell the house, which according to Zillow.com, has an estimated value of more than $370,000.

'He just doesn't have the income to sustain these kinds of losses now,' said Gould.

After hearing arguments from both sides, Judge Jackson ruled in Pernell Whitaker's favor and ordered Mrs. Whitaker to move out by March 31.

'I'm going to survive...I'm a survivor..I'm going with my daughter...she is taking me in,' said Novella Whitaker.

After hearing about the outcome of Wednesday's hearing, Mrs. Whitaker's grandson, former NFL player Ronyell Whitaker told 13 News Now he will make sure his grandmother is cared for.