4 differences between the impeachment trials of Presidents Trump and Clinton

Both Presidents Trump and Clinton denied the charges against them. In both cases, a House controlled by the opposition approved two articles of impeachment. 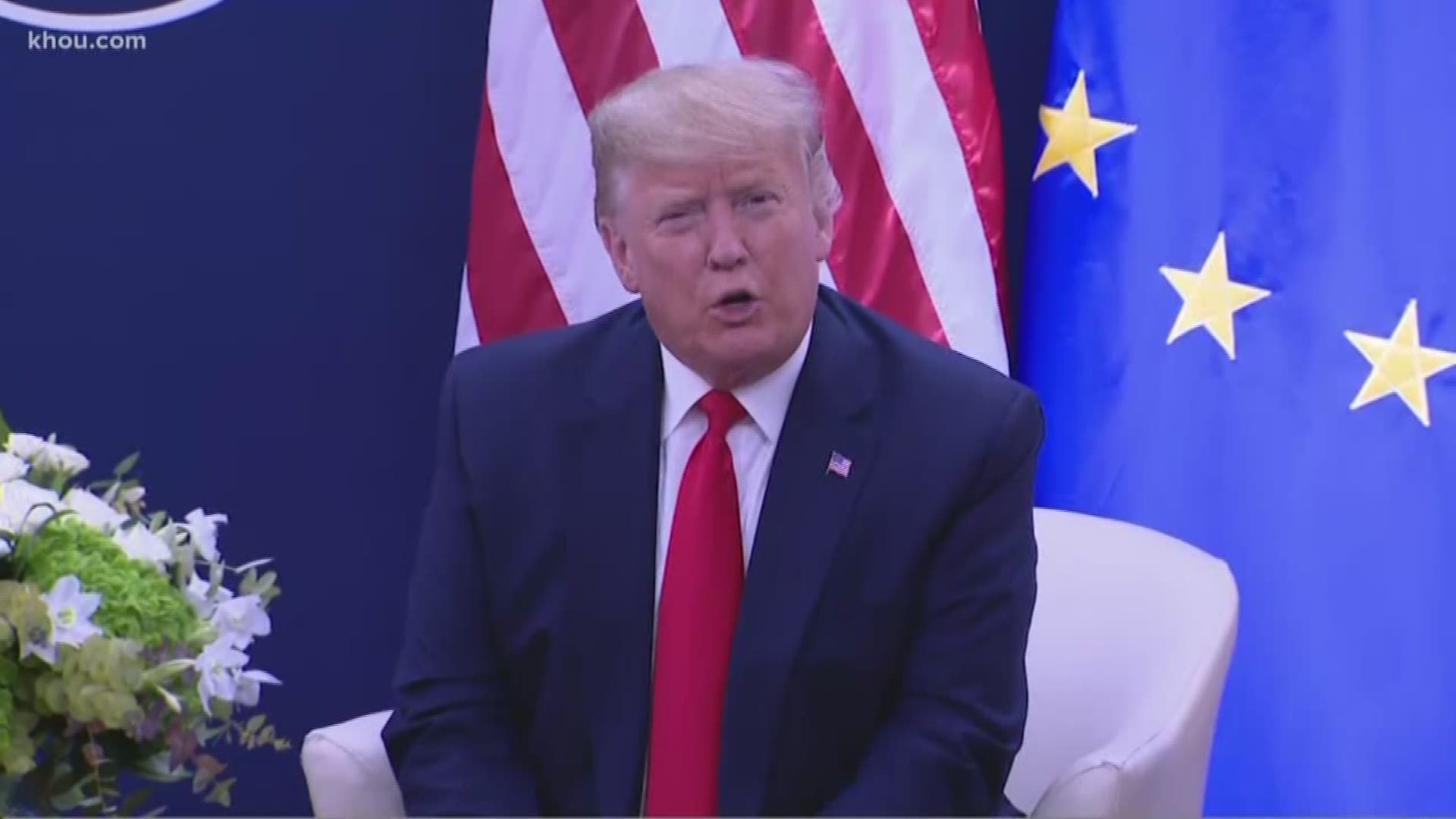 HOUSTON — President Donald Trump’s impeachment trial is only the third time in U.S. history and just the second in recent history that a commander-in-chief has faced conviction and possible removal from office.

The last one happened in the late 1990s and involved then-President Bill Clinton.

Both Presidents Trump and Clinton denied the charges against them. In both cases, a House controlled by the opposition approved two articles of impeachment, which included obstruction, along a partisan vote.

Despite those similarities between the two cases, experts say there are several key differences in the Senate trials.

Mark Jones, a political science professor at Rice University, said politics have become much more partisan in the two decades since the Clinton impeachment trial began in 1998.

“Compromise has become a dirty word in Washington,” Jones said. “There was a real effort by both Democrats and Republicans (in 1998) to essentially try to make (President Clinton’s trial) as amicable and consensual and conflict-free as possible.”

The current lack of compromise, Jones said, extends to the Senate crafting the trial rules.

“The similarities with the Clinton trial are you did have 24 hours to present your case, but it was spread out over many days,” Jones said.

“You had the independent prosecutor Ken Starr effectively providing all the information,” Jones said. “It was all there. The Senators actually literally received massive folders full of evidence on their desk before the trial started.”

Clinton’s trial also had witnesses, but they were videotaped, not live.

A third difference, Jones said: more collaboration between the Senate majority party and the president.

“There was quite a bit of coordination between Senate Democrats and President Clinton, but not near the level that we’re seeing between Senate Republicans and President Trump,” Jones said. “What was occurring was more below the radar in the 90s, whereas right now, it’s pretty much front and center.”

The fourth difference: President Clinton’s trial lasted nearly a month, whereas Jones said President Trump’s trial could wrap up in roughly half that time based on Senate Majority Leader Mitch McConnell’s proposed timetable.

Dr. Gene Preuss, an associate history professor at the University of Houston-Downtown, believes the main issue of wrongdoing in the Clinton trial was more black-and-white.

“I think with Clinton it was a little bit more clear-cut in some people’s minds: he lied under oath,” Dr. Preuss said. “I think to a lot of people that’s a lot more clear than, ‘Did the president violate an obscure law (the Impoundment Control Act of 1974) for his own gain?’”

Opening arguments in the trial start Wednesday. The trial is expected to last several weeks.

Send us a news tip | Download our app | #HTownRush Newsletter