A spokeswoman for both Hampton and Peninsula Health Districts said she does not anticipate any penalties for the airport or Atlantic Aviation. 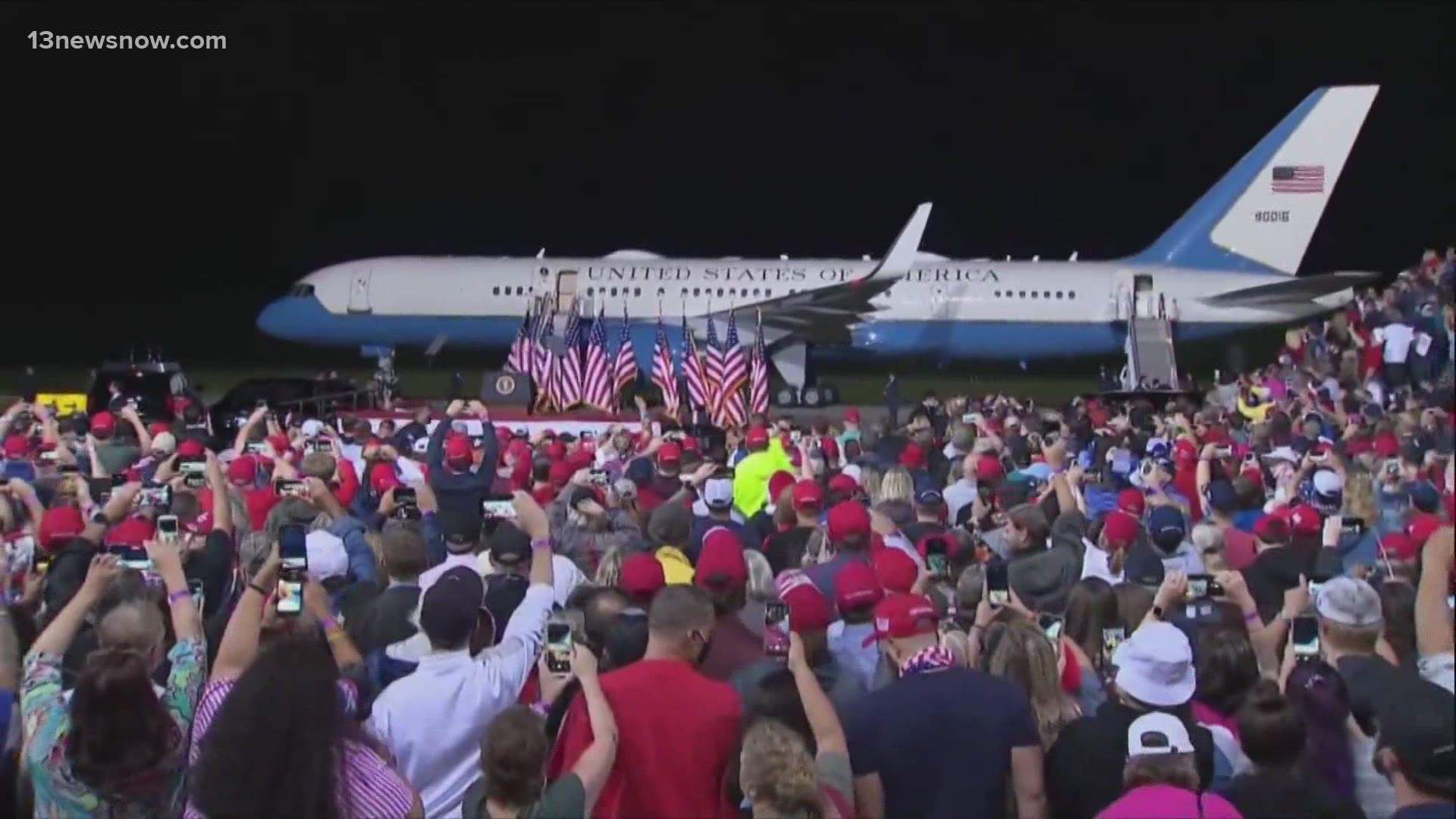 13News Now reported last week that the president campaigned at Atlantic Aviation, a fixed base operator at Newport News-Williamsburg International Airport. The event was a private event not endorsed by the airport commission.

There’s concern that the rally could turn into a COVID-19 super spreader event.

Under Phase 3, no more than 250 people can be together at one time. There were thousands of people at the event Friday.

According to Governor Ralph Northam's Executive Order, all public and private in-person gatherings of more than 250 people is prohibited, and violating that order is a class 1 misdemeanor.

A day before the rally, the Hampton and Peninsula Health District Director sent a letter to the general manager of Atlantic Aviation asking him to reconsider hosting the event or scale it back to meet the requirements of Executive order 67.

The Secretary of Transportation also sent a letter to the airport's executive director, reminding him he had the authority to enforce the Commonwealth’s laws and regulations within his facility.

13News Now reached out to the Governor’s Office Monday but did not get a response.

Atlantic Aviation had no comment Monday morning. Newport News/Williamsburg International Airport Executive Director Michael Giardino said the airport did its job in supporting the event. Giardino said he was proud of the job his team did to support the visit of the President and Vice President.

There's concern from people in the public that Atlantic Aviation and the airport broke the law, and the state should penalize both.

“It was very selfish that no one was hardly wearing a mask,” Yvonne Gary said. “It was practically illegal to have that amount of people there.”

Pat Ellington was one of the thousands who went to see President Trump Friday. She isn’t concerned over the number of people who were at the event.

“I believe God will protect me and without a doubt, He will look out for me,” Ellington said. “There was never a concern, I have never been concerned. I wear a mask and gloves yes, but outside of that my faith keeps me from being sick.”