Black Lives Matter 757 posted on Facebook that they were planning a protest for Norfolk's Martin Luther King Plaza, Wednesday night at 7:57 p.m. 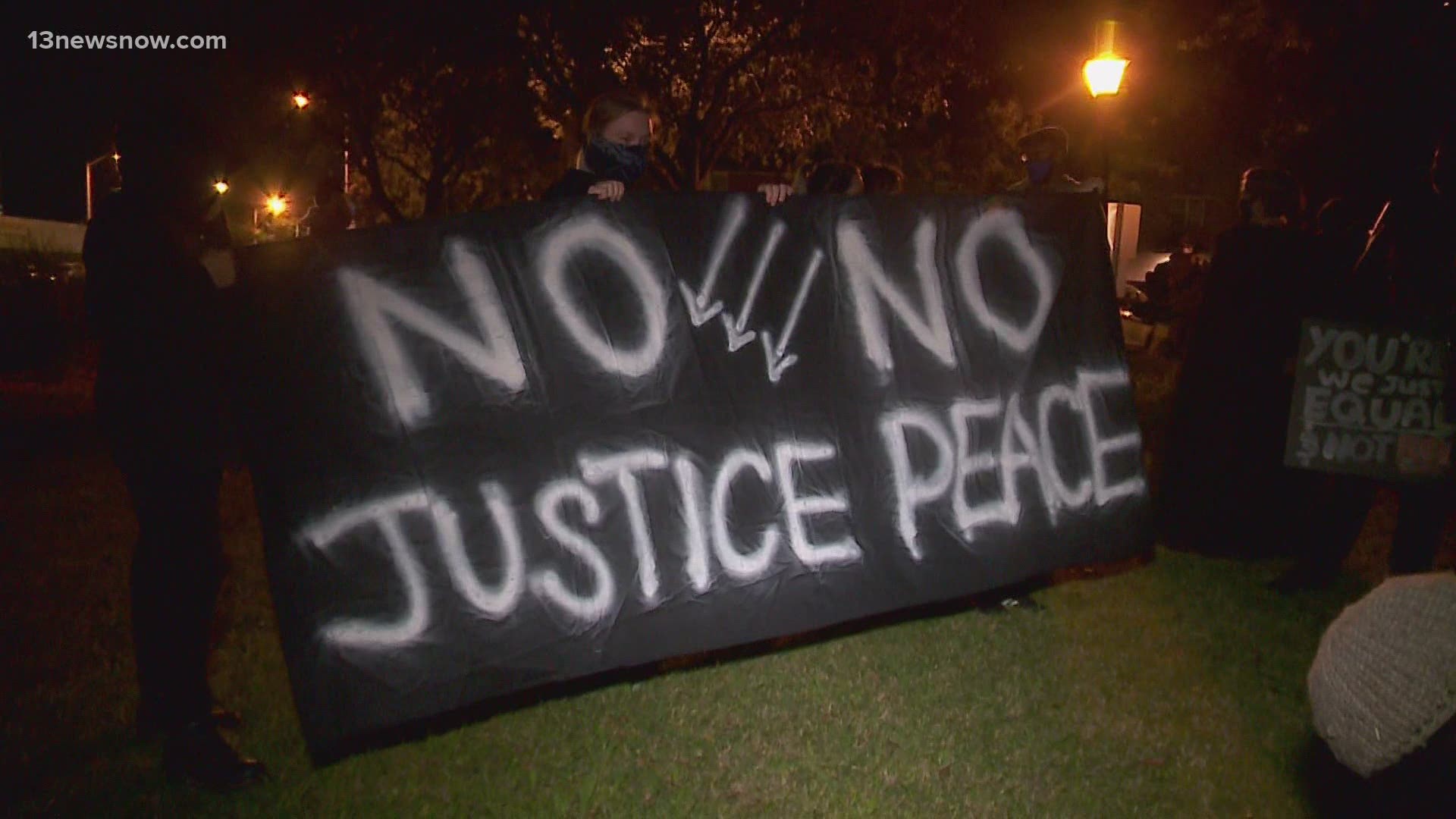 Taylor was an EMT in Kentucky who was shot six times and killed, during a police narcotics investigation in March. Former officer Brett Hankison was fired from the department over the incident.

Earlier on Wednesday, a grand jury in Kentucky charged Hankison with three counts of "wanton endangerment," for firing into the apartment.

Two other officers who were part of the raid that night have not been indicted on any charges. They were put on administrative reassignment after a public outcry for justice in the case.

No officers were indicted on charges directly related to Taylor's death.

Protestors are taking a knee at the corner of W. Main Street and Granby. Organizers say they are marching on to Waterside, to city hall and then back to the park. #13NewsNow pic.twitter.com/9tgWOoyIvr