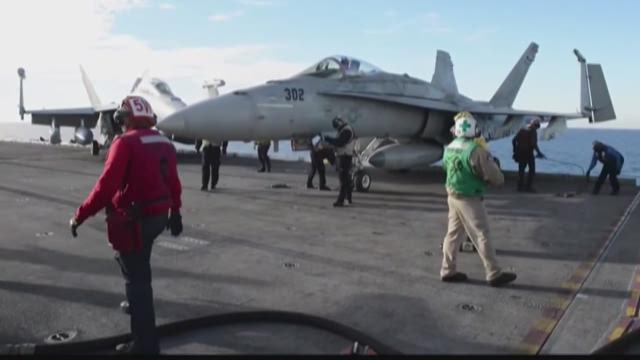 NORFOLK, Va. (WVEC)-- No sequester, and no more shutdowns. Those are two of the highlights of the budget deal approved early Friday morning by the House, Senate and President Donald J. Trump.

"You're lifting the budget caps for two years," said Tidewater Community College Business Professor Peter Shaw. "You're removing the threat of sequestration for that timeline. You're now giving the military leaders in the region not only a boost in their budget but a two-year timeline where they can better allocate and plan their resources."

It was 71-28 in the Senate, and 240-186 in the House, with Virginia's Senators Mark Warner and Tim Kaine voting yes, as did Congressmen Scott Taylor, Bobby Scott and Rob Witman. The only no vote from the Hampton Roads delegation came from Fourth District Democrat Don McEachin.

McEachin released the following statement about his vote against the budget deal:

“Early this morning, as I voted I was genuinely conflicted. I felt I was left no satisfactory option with the budget deal put before the House of Representatives.

“I was pleased to see that this bill created overdue investments in important services and programs that will help my constituents – and millions of other hardworking Americans. I am pleased to see rural health programs and other very needed domestic plans pass. However, I had made a commitment to DREAMers who are still left without a resolution. These young people were brought to this country as children and have contributed to the economy and betterment of our communities.The DACA program has wide bipartisan support, and we were only in this impossible situation because the Speaker refuses to bring a clean DACA bill to the Floor. I call on the Speaker to bring the DACA program up for a clean vote, not as part of an immigration bill that must have the President's stamp of approval before we can even discuss or debate. I believe in the important programs in last night's bill, but I also believe we owe these young people to stand by our word."

President Trump praised the measure's passage, tweeting, "Our military will now be stronger than ever before."

For the heavily military dependent Hampton Roads region there is much good news.

"There is finally a consensus within the Congress to agree on a budget top-line figure that will provide clarity on spending for the next two years," said retired Navy Rear Admiral Craig Quigley, who serves as Executive Director of the Hampton Roads Military and Federal Facilities Alliance.

There is still one more important legislative hurdle. The House and Senate Appropriations Committees must still allocate all this money. The deadline is March 23rd.