David Yancey and Shelly Simonds tied in 2017. They're back, as is Libertarian candidate Michael Bartley. 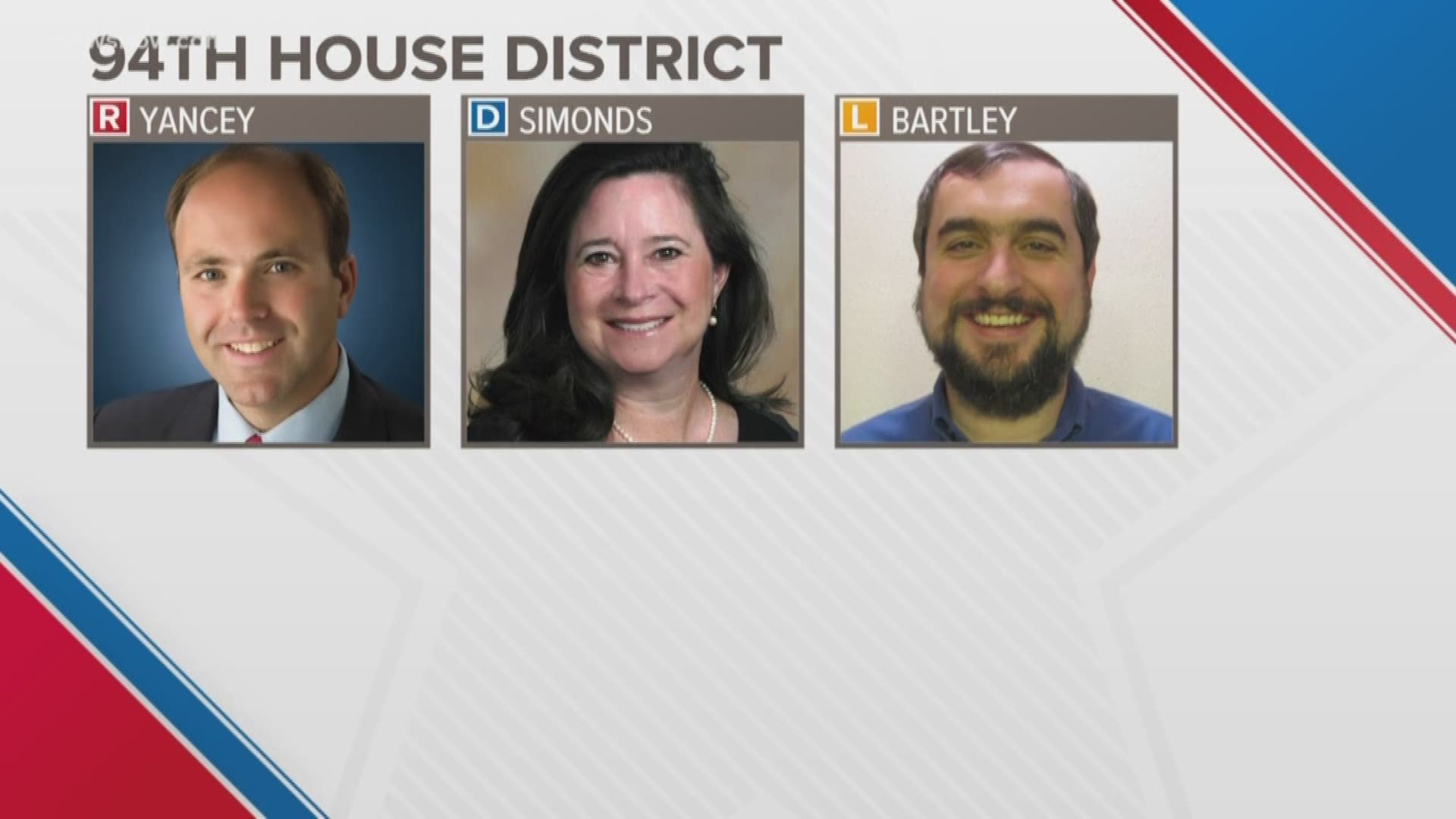 Under state law, a drawing of lots was called to break the tie. Each candidate's name was placed inside a separate film canister. Those were then placed into a bowl and one name was drawn: Yancey's.

RELATED: And the winner is... Republican the victor after name drawn from bowl

"I think for the people who watch what's going on, it's proof that every vote counts," said Yancey. "But the point is, I think there were a lot of people that crossed over that said, 'I'm going to vote for David, because David's voting the way we need and David's delivering the results we need to continue to have opportunities here in Newport News.'"

Despite having lost by the slimmest of margins, Simonds is ready to give it another try.

The last time out, Libertarian Michael Bartley got 625 votes. He's back again this year and admits he faces an uphill fight again.

"Hopefully what it does is get my opponents to take more libertarian positions in what they would do," he said of his presence in the race.

Christopher Newport University Political Science Professor Quentin Kidd expects it to be another close one.

"Who knows if it will be as close as it was last time?" he said. "The district is in Shelly Simonds' favor given the new lines. But anything can happen as we saw last time in this particular district race."