Del. Dan Helmer of Northern Virginia proposed a bill that would make all indoor shooting ranges in the state either owned or leased by the Commonwealth. 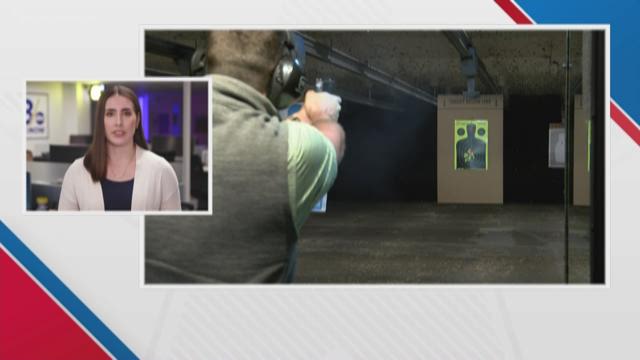 RICHMOND, Va. — Gun control bills are a big topic at the General Assembly this year, prompting thousands of Virginians to stand up against them. But, there's another firearms-related proposal you may not have heard about that's gaining criticism quickly.

According to his Twitter, this proposal is about workplace violence.

The bill would make it so that all indoor shooting ranges in the Commonwealth must be owned or leased by the state or federal government to lawfully conduct business unless they meet one of two criteria:

On Twitter, Helmer said the bill would impact a few ranges in Virginia and that shooting ranges don't belong in populated workplaces.

Colonial Shooting Academy in Richmond disagrees with both statements.

"Dan Helmer has said that the purpose of this bill is to prevent mass shootings. Gun ranges are some of the safest places you can go," Peyton Galanti with Colonial Shooting Academy said.

On his very active Twitter account, Helmer specifically referenced the NRA's headquarters in Fairfax, which has an indoor shooting range, and a 2017 incident in which an NRA employee accidentally shot himself at that range.