His party says Tuesday's results show persistent enthusiasm among Democrats even in a post-Trump era. 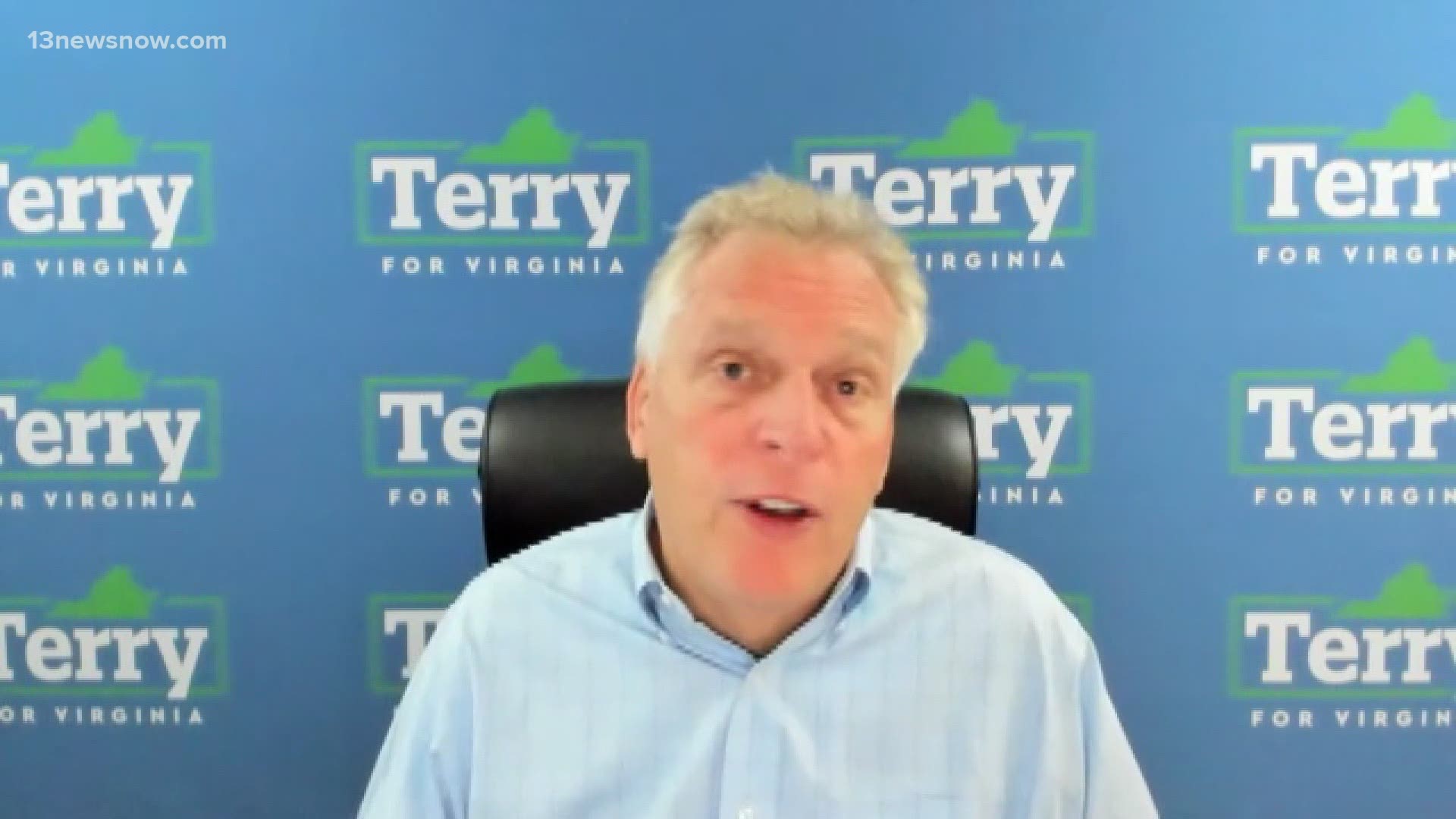 RICHMOND, Va. — Terry McAuliffe outperformed even his own campaign's expectations, winning every city and county in Tuesday's Democratic primary for Virginia governor.

His party says Tuesday's results show persistent enthusiasm among Democrats even in a post-Trump era.

Some Democrats had fretted that voters wouldn't turn out with the establishment McAuliffe as the frontrunner in the race and with Donald Trump out of office. But a preliminary accounting showed turnout was roughly 90% of 2017's figures for a contest seen as less competitive.

Democratic Party of Virginia Chair Susan Swecker says she thinks McAuliffe's win shows a good roadmap has been laid for victory in November.