Election security back in the spotlight after Mueller's testimony

In a key moment, Robert Mueller warned that Russians are intensifying their efforts to attack U.S. elections, saying, 'They’re doing it as we sit here.' 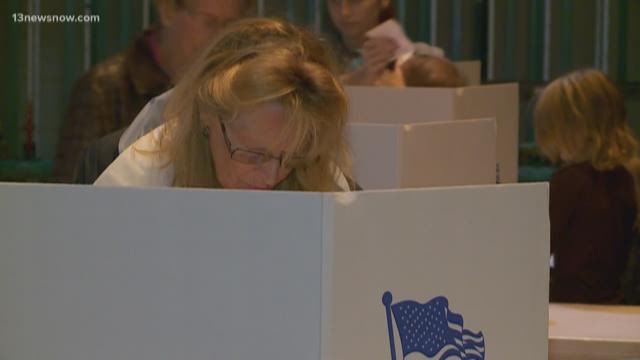 NEWPORT NEWS, Va. — On the heels of former Special Counsel Robert Mueller’s testimony on Capitol Hill Wednesday, election security is back in the spotlight.

Mueller testified before Congress about his investigation into Russian meddling in the 2016 Presidential election. In a key moment, he warned that Russians are intensifying their efforts to attack U.S. elections, saying, “They’re doing it as we sit here.”

Senator Mark Warner (D-Va.) attempted to pass legislation that would require presidential campaigns to report if foreign nationals are seeking to interfere in a presidential election, but it was blocked by Senate Republicans.

“Mr. Mueller’s testimony should serve as a warning to every member of this body about what could happen in 2020 if we fail to act,” Warner said.

“The Mueller testimony and the way Trump reacts to the daily news cycle probably exacerbates what people feel about him anyway, as opposed to shaping what they feel about him in an otherwise different direction,” said Kidd.

The integrity of America’s election system is at the forefront of lawmakers’ agendas.

“This is not a Republican or Democratic issue; it is an issue of America’s national security,” said Warner.

Kidd said voters within Hampton Roads are more aware of the issue of election security, given the high number of people who have security clearances. However, he added that election security is unlikely to impact how individuals will vote in November 2020.

“It’s the reason why a lot of people aren’t paying attention to the political back-and-forth in Washington because they’re just over the politics of it,” said Kidd.