In Virginia Beach, more than 2,500 people have voted early so far. 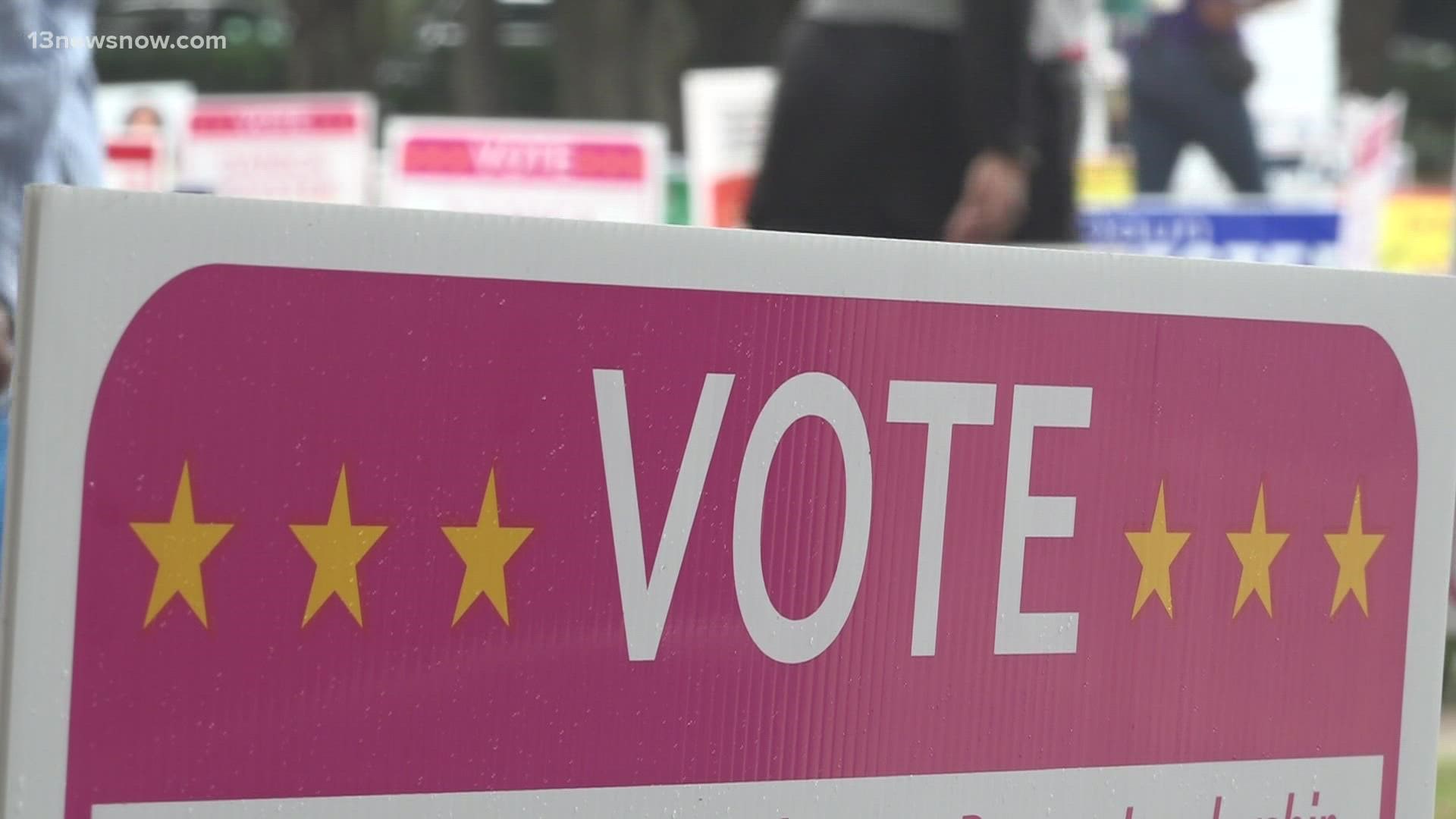 Tuesday is the eighth day of in-person voting. In Virginia Beach, more than 2,500 people have already voted in person, according to general registrar Donna Patterson.

“Somewhere over 200 a day, some days it’s 300. So we’ve had some increasing and some decreasing but each day we can count on having voters here, which is great," she said.

“Last presidential [election] we had almost 1,000 a day," Patterson said.

This year, things are a lot quieter, but despite that drop in numbers, Patterson said this is still a good turnout.

"We’re very pleased with the turnout - and some days it may go as high as 400 but voters are voting, which is good," Patterson said. "In my years of doing this, I’ve found that you’ll never have presidential numbers in a non-presidential year.”

Patterson said her office has mailed more than 13,000 ballots to people, so far. A witness signature is required if you’re voting by mail this year.

No line for early voting at the VB municipal center. Officials say they’re seeing around 200 to 300 people per day, on average. Last year, more than a thousand people were lining up to vote early in the presidential election. @13NewsNow pic.twitter.com/nKDs9BnZPR

September 28 is also National Voter Registration Day. Gaylene Kanoyton of the Hampton NAACP is leading efforts on the Peninsula to get people registered to vote. She said her team is also seeing lower numbers when it comes to voter registration.

Kanoyton acknowledged presidential elections usually attract more interest from voters. Her team is working to help people sign up to vote before the deadline on October 12.

She also stressed it’s important to double-check your registration status.

"If you are already a registered voter, it’s very important that you check your information in the system to ensure it’s correct," Kanoyton said.

The Hampton NAACP’s national voter registration day drive-through party is going on from 5 p.m. to 7 p.m. Tuesday night. Anyone can head over to “Bowman's Soul-N-The Wall” on North Armistead Avenue to register to vote.

You can also register online or check your registration status by visiting, iwillvote.com.