Herring said there's a time crunch when it comes to printing ballots. Since a judge decided to keep West off the presidential ballot, all ballots were finalized. 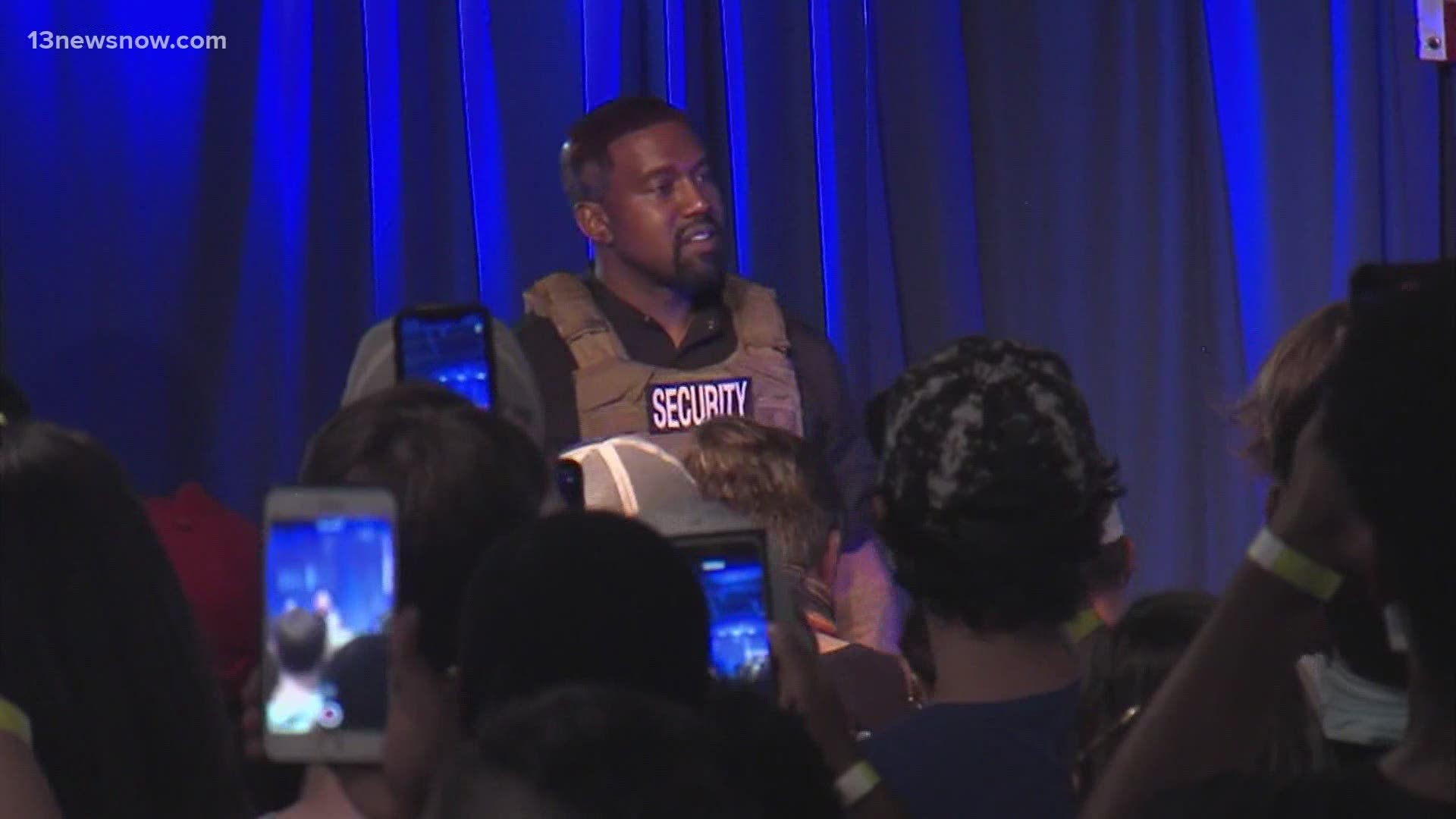 RICHMOND, Va. — Attorney General Mark Herring has denied a motion from Kanye West that would have preserved where the legal battle stands over printing his name on the Virginia presidential ballot.

West filed an appeal this week after a Richmond Circuit Court judge decided to keep the rapper off the general election ballot.

Lawyers for West also filed a stay pending appeal that would have maintained the status quo of the case pending a ruling for the appeal.

Attorney General Herring opposed the motion, stating that there's no time for the dispute because of ballot printing deadlines in Virginia.

Herring says West, who's running as an independent candidate, did not appeal the decision to omit his name from the ballot for five days and did not seek to stay for six days. During that time, all of the presidential ballots were finalized.

"As of the morning of Thursday, September 10, 2020, all 133 of the Commonwealth's localities have started the ballot-production process," Herring said.

Attorney General Herring further explained that "ballots are not - and cannot be - prepared overnight. Ballot finalization is a detail-heavy and time-consuming process that involves not simply printing, but also programming, proofing, assembling, addressing, and ultimately, mailing. And here the task is further complicated by both the existence of an ongoing pandemic and en explosion in demand for absentee ballots for the November 2020 election." Adding that "the Commonwealth Respondents have been clear throughout this litigation that 'all...jurisdictions' needed to 'finalize their ballots no later than...Friday, September 4, 2020."