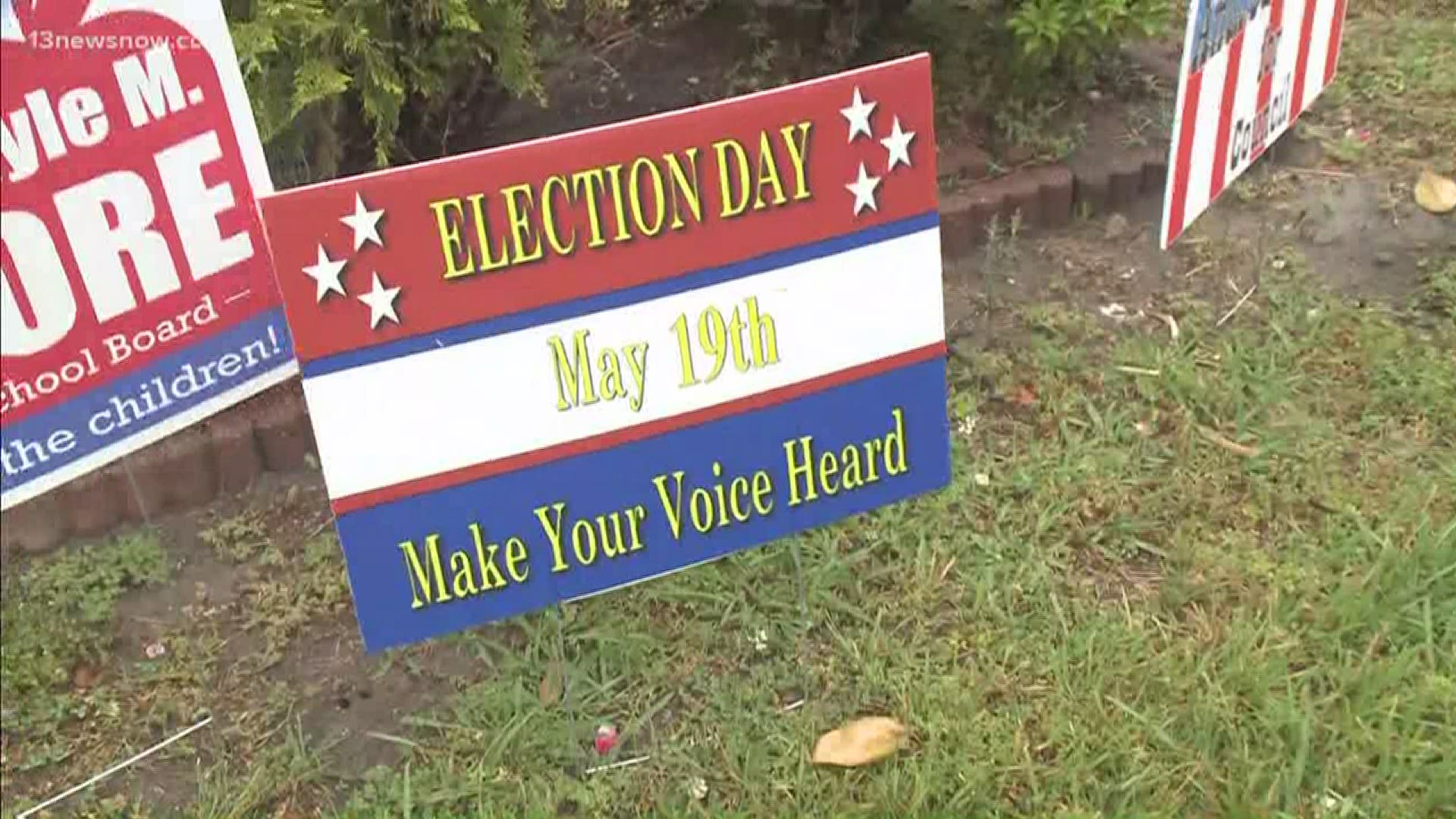 There will be municipal elections held Tuesday in several cities in Hampton Roads. They're happening two weeks later than originally scheduled due to the pandemic.

“The person would just stay in their car and they will come out to them,” Chesapeake General Registrar Mary Lynn Pinkerman said. “It’s actually always been around for the disabled voters, but we’re just ramping it up just a little bit and using it for anyone who feels like they’re high risk and doesn’t feel comfortable standing in line.”

There’s no need to schedule it and there will be signage directing cars where to go.

Pinkerman also said more people than ever before are voting from home because of the coronavirus pandemic. She said her office has received a record-breaking number of requests for absentee ballots.

“We hit numbers that we have never hit before, exceeding a presidential election so absolutely, this has definitely been a record-breaker,” she said.

Citing concerns over the spread of COVID-19, the Virginia Department of Elections and Governor Ralph Northam encouraged voters to vote from home. Anyone could request a ballot by selecting "disability or illness" under "choose an absentee ballot reason."

Pinkerman said it was all hands on deck to process requests and ballots. She said city workers from other departments even chipped in to help.

Because so many are staying home this year, Pinkerman said they’re not expecting long lines Tuesday.

If you do go to cast your votes on Tuesday, there will be precautions in place to keep you safe. Although a few poll workers opted not to work this election year for safety reasons, staff on hand will wear face masks and shields and gloves.

The State also provided precincts with disposable pens and folders, and of course, only 10 people are allowed in polling stations at a time and voters will have to stand six feet apart.

Pinkerman said they are anticipating challenges with making sure people are social distancing, “but we have plans in place," Pinkerman said. "We’ve been encouraged by the state board to use the Virginia Medical Reserve Corps and we’ll have some of those folks out there trying to help keep the social distancing and reminding people where they need to be and what they need to be doing.”