Virginia Beach, Norfolk, and Hampton do not observe Election Day as a holiday, despite lawmakers passing a bill earlier this year making it a state holiday. 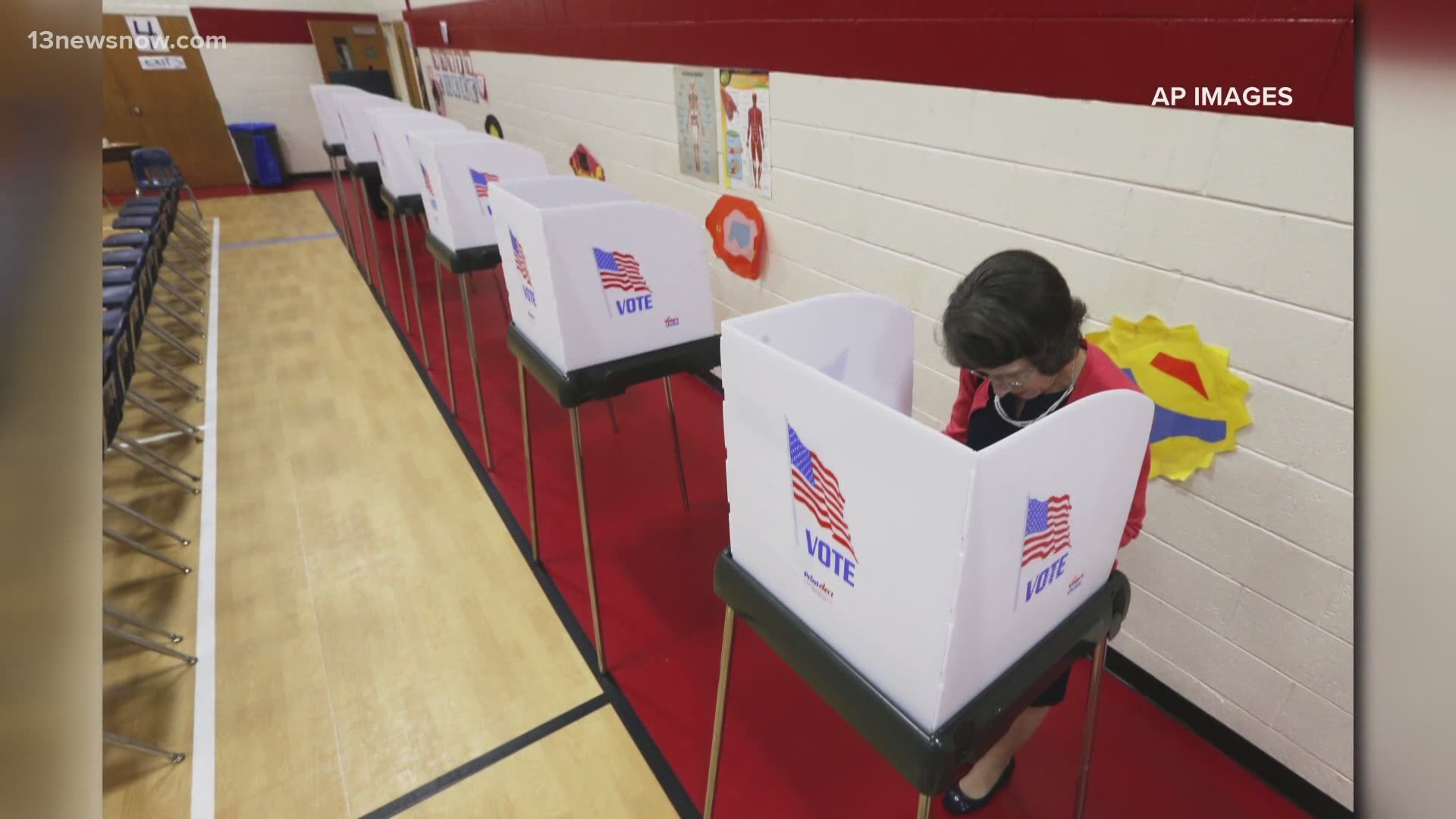 Earlier this year, the Virginia General Assembly passed a bill that made Election Day a state holiday, replacing Lee-Jackson Day.

But a letter from Virginia Beach City Manager Patrick A. Duhaney to city council last week said Virginia Beach -- along with Hampton and Norfolk --  would not observe November 3 as a holiday.

On Wednesday, people from the NAACP and other groups called to change that.

"Virginia Beach is the largest city in the Commonwealth," said Rev. Gary McCollum with the Virginia Beach Interdenominational Ministers Conference. "And I think whether it's intentional or unintentional, I'm gonna call it what it is: it's voter suppression."

A spokesperson for Virginia beach said city employees can use one of their three "flexible holidays" to take November 3 off. She also pointed out that there are several state-observed holidays that Virginia Beach does not observe, including Columbus Day.

But McCollum and others at Wednesday's press conference do not think that's enough.

"As a citizen -- which I believe is the highest office you can hold in this land -- one of our requirements is to vote," he said. "And for the City of Virginia Beach, and for Norfolk, and for Hampton to say that you have to use a PTO day to do that and indirectly force these citizens to pay for that opportunity to vote, I think that's egregious."