Election officials at one precinct in Virginia Beach said only a fraction of registered voters showed up to cast a ballot. 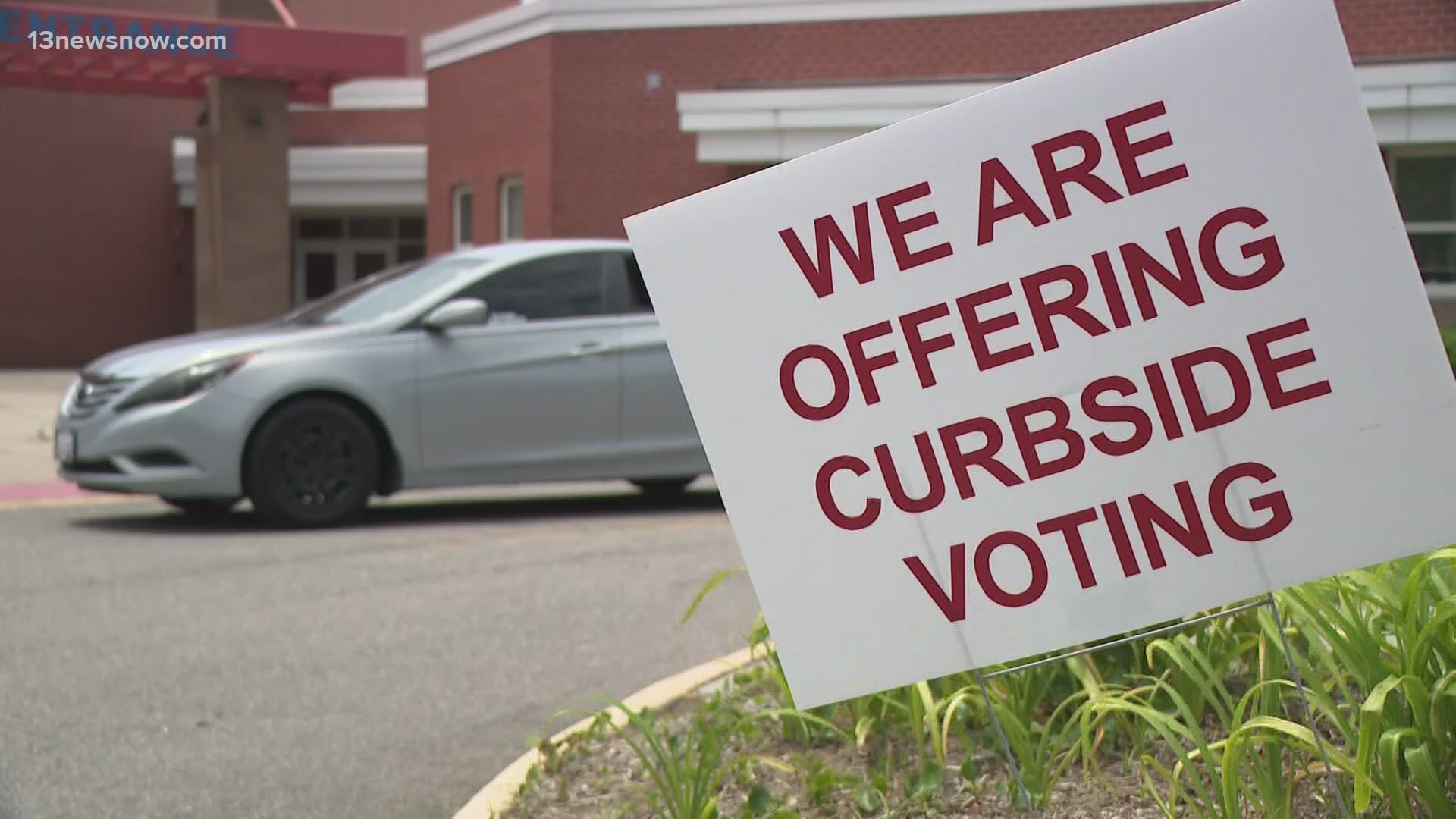 VIRGINIA BEACH, Va. — On the ballot for Tuesday's Democratic primary election: races for governor, lieutenant governor, and attorney general. But at polling stations around Hampton Roads, things are moving slow.

From Norfolk to Chesapeake to Virginia Beach, election officials are seeing empty precincts and only a handful of voters at a time.

“You know, I had just walked past here on my way home – I was out for a walk – and I saw there weren’t many cars so I figured this was a good time to come," he said. “There are so many countries where people don’t get an opportunity to vote that if I turn down mine, I don’t think that’s the right thing to do.”

Boos was just one of two people voting at the time.

Over in Chesapeake, things were also quiet at Oscar Smith Middle School.

Wife and husband, Debbie Stokes-Hite and Demetrius Hite said they were surprised by the low turnout.

Hite added: “We’re thinking most folks might come towards the end of their shift. It is midday so it is possible that folks will be coming later.”

Election officials say only a fraction of registered voters is showing up at the polls.

Typically, primary elections have lower voter turnout than general elections and this time around, Republicans don’t have candidates on the ballot in Hampton Roads, except for the House of Delegates District 83.

“Well, people may be a little tired of the political process, but they should get out here. It’s important," Norfolk voter Brenda Wise said. "The people that run our state government have a lot to do with our daily lives. So if you want to have a voice, you need to show up.”

Outside a Norfolk polling location, candidate for Commonwealth’s Attorney Ramin Fatehi was doing some last-minute campaigning. He said he’s been in touch with election officials and he’s hearing turnout is on pace with what it was four years ago.

“Ideally we would see turnout like we did last year at every election – including June – but for the baseline, we’re doing pretty well," Fatehi said. “And I can tell you, early voting hasn’t been as busy as it has during COVID but early voting compared to four years ago is significantly higher.”