Despite pandemic, local elections and primary are still on track for May, June

CNU's Quentin Kidd says the coronavirus should prompt leaders to re-think how we conduct elections. 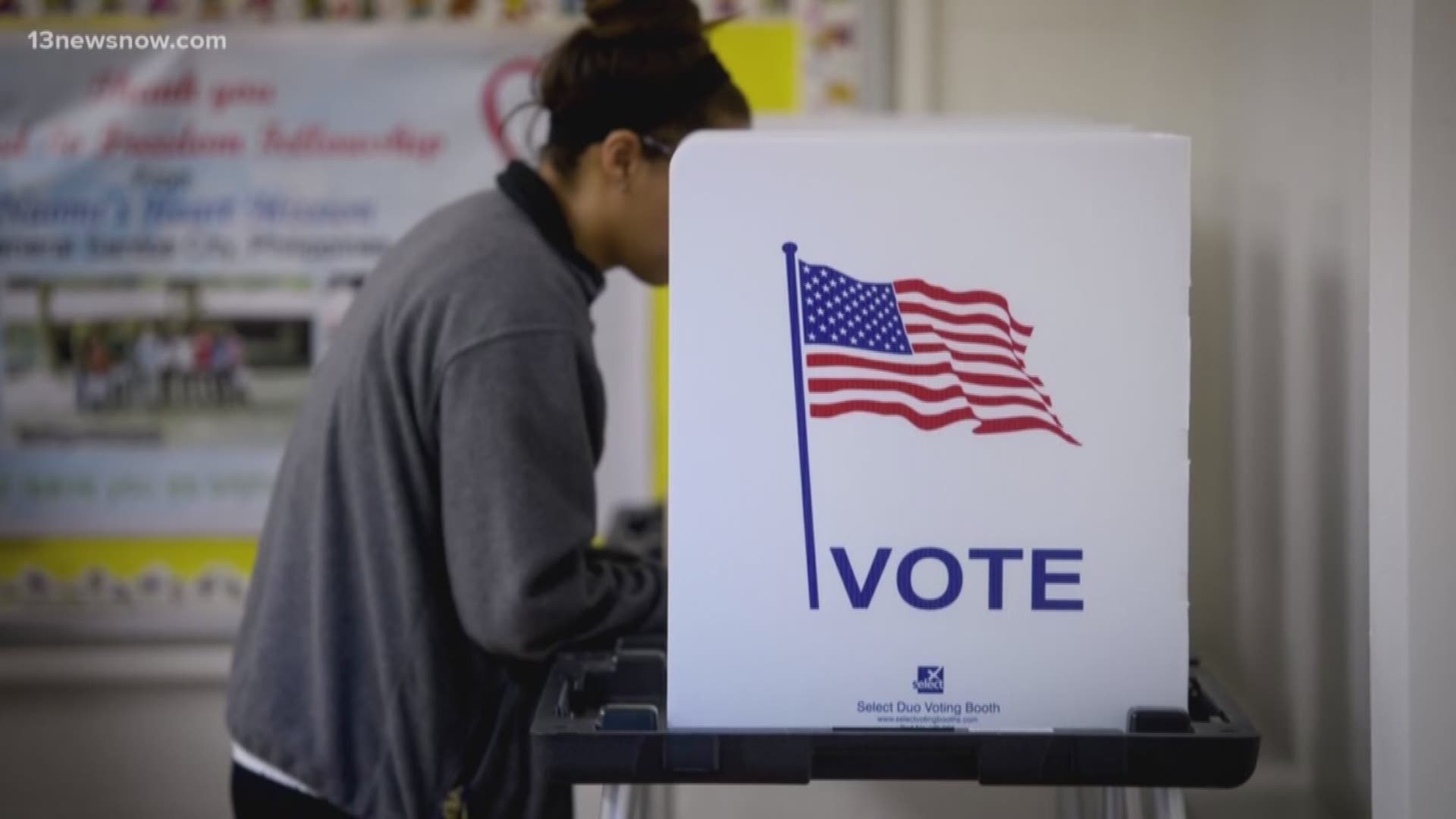 VIRGINIA BEACH, Va. — How do voters do their civic duty if the state is now under a stay-at-home order?

It's important because we have two elections right around the corner.

On May 5, cities and counties around the Commonwealth of Virginia will hold municipal elections to elect mayors, city councils and school boards. Then on June 9, there is a Republican primary to pick Representative Elaine Luria's GOP opponent.

But how do you vote if you're supposed to stay home under Gov. Ralph Northam's stay-at-home order through June 10?

The Virginia Department of Elections says on its website citizens are "strongly encouraged" to go online and get an absentee ballot. The website goes on to say voters can check Box 2A "My disability or illness" because of COVID-19 concerns.

"Even if we had 90 percent of voters for the May 5 municipal elections vote by mail, that still means there are going to be a small number of people who want to vote in person," said Christopher Newport University political science professor Quentin Kidd.

He says the pandemic should prompt lawmakers and local leaders to re-think how we conduct elections.

"The law as it stands right now says that you're supposed to vote in-person except for 17 very well specified exemptions," he said. "And so this may ultimately cause Virginia law to change also, and encourage us to vote in other ways than we're encouraged to vote right now, which is all in person."

Kidd says it's possible, in these upcoming May and June elections, that if people choose to go the polls, they may be limited to just 10 voters at a time in polling places.

"And then we may see things like we're now seeing in our grocery stores where the plastic screen is up between you and the person that is checking you out. We may see that in voting places," he said.

Extreme measures? Yes, but this is an extreme situation. In the meantime, the wheels of democracy must somehow keep on turning.

RELATED: Voters can request absentee ballots for Norfolk election because of coronavirus