Voters only need to submit an absentee ballot request once. 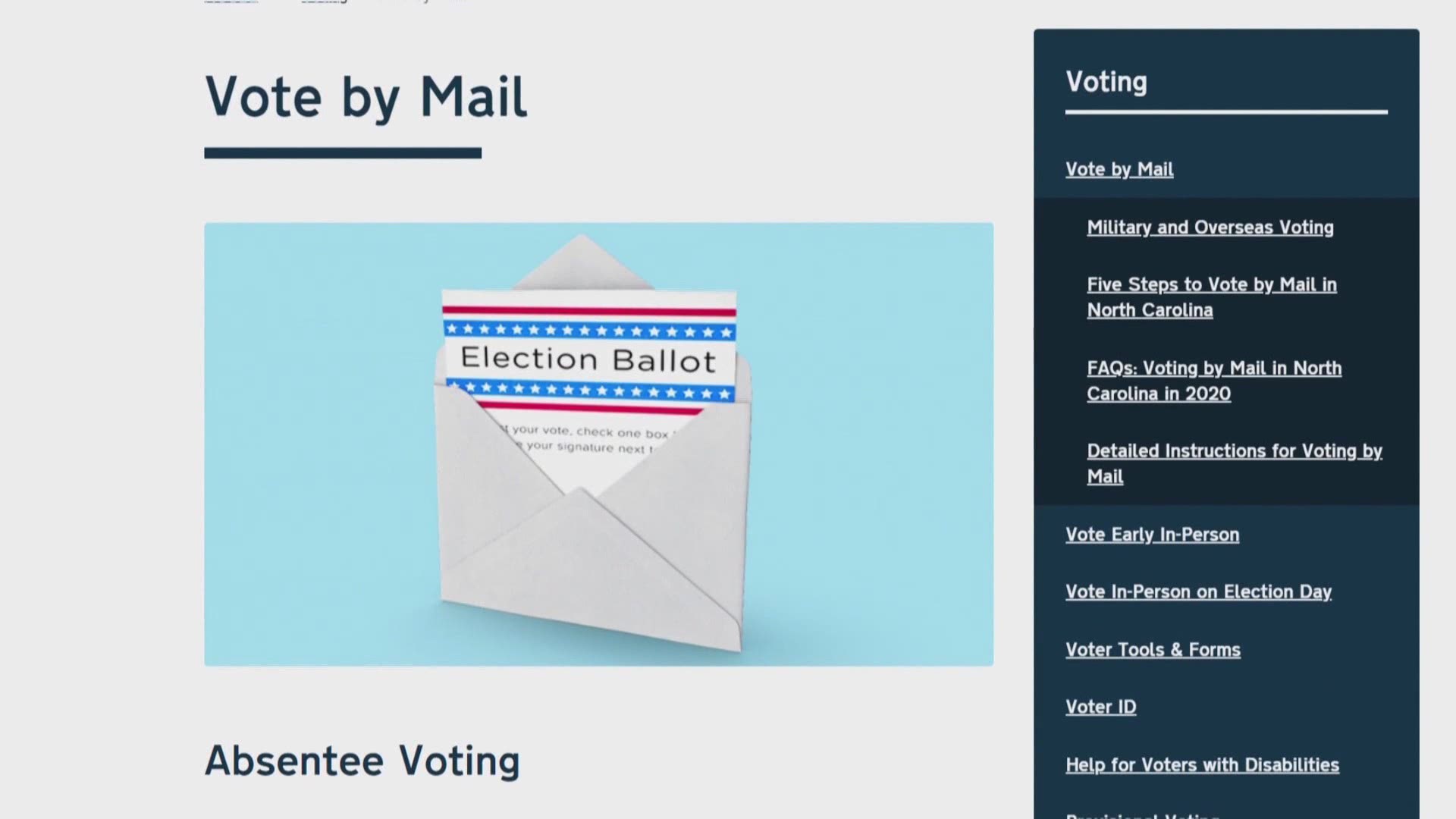 GASTONIA, N.C. — Charlotte-area boards of elections are urging voters to be patient and not submit multiple absentee ballot requests, which is leading to more work for election workers.

Gaston County is among those having to reject absentee ballot requests because they're duplicates.

According to Gaston County Board of Elections director Adam Ragan, information on which individuals requested absentee ballots is no longer public record, following the criminal investigation into illegal ballot harvesting in North Carolina's 9th congressional district.

Ragan says workers check each absentee ballot request to ensure it's not a duplicate.

"You can send in 15 requests," Ragan said. "We're only going to send you out one ballot."

He said it typically takes seven to 10 days for Gaston County to process absentee ballot requests.

Any absentee ballot request forms that have already been partially filled by a political campaign or party will be rejected, and voters will only receive an official absentee ballot from their local board of elections.

"In North Carolina, voters are reporting receiving two ballots in the mail," Trump said. "I wonder if those are Democrat areas because the word is, they are."

Mecklenburg County's Board of Elections said the system's checks and balances would prevent any duplicate ballots from being counted.

Editor's Note: The video below originally aired on an earlier date.