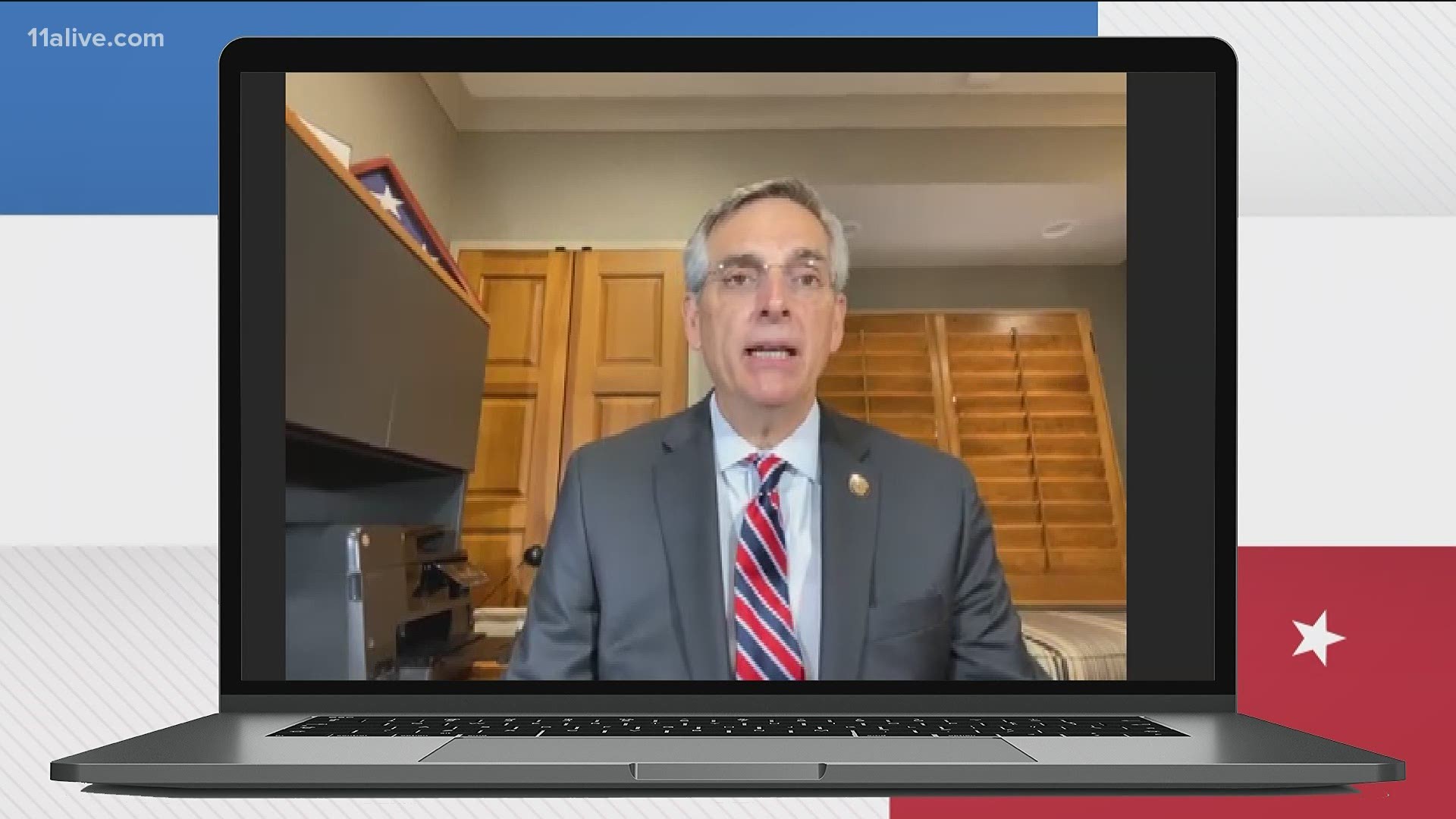 ATLANTA — Georgia’s Secretary of State revealed that he wanted President Trump to win the 2020 Election - but that his highest priority is to uphold the integrity of his office and the elections it oversees.

When asked if he’d ever imagined taking the fire he would receive from his own party, he said that wasn't really something for him to be overly concerned with.

"My job is not about campaigns. As Secretary of State, my job is to make sure we have fair, honest elections and every legal vote is counted and every illegal vote is thrown out," he said. "I'm disappointed. I'm a conservative Republican. I wanted President Trump to win. But if you don’t have the votes, you don’t have the votes. Now if he's got votes in some other states, then he can go bark up those trees, but in Georgia we run a pretty tight ship. And with our audit, the counties that didn’t get it exactly tight, they got found out and that's a good thing."

He said that he is a loyal member of his party, that, “I’m a conservative Republican. I’ve only ever voted Republican.”

But he said his higher loyalty was to the duties of his office. That his job is to make sure that voters have the confidence to not question the results. He said that is the point of the audit right now - regardless of the winner.

RELATED: Here's what happened in the four counties where we know votes were found in Georgia

“You may not like the results if you lean on this side of the aisle -- and we get that,” Raffensperger said. “The total is the total.”

The secretary added he knows how contentious campaigns can get, but didn't quite imagine the current state of things.

“When you get into these elections they can become very contentious,” he stated. “Who knew this one would be so contentious?"

Raffensperger said the numbers show that if Trump wouldn’t have disavowed the whole mail-in process, then he probably would have won the state of Georgia.

“Over 24,000 Republicans voted absentee in the June primary - in the fall those same Republican voters did not vote absentee, did not vote early and did not vote in person. That’s 24,000 people that left the battlefield and just didn’t participate,” the Secretary of State explained. “And his margin is 12,000 now, so he would’ve won by 12,000. Now it would be Joe Biden that would be whining and crying about the results."

Raffensnperger also said that if Trump would’ve just done as good as Senator Perdue in the metro region, he also would’ve won the state of Georgia.