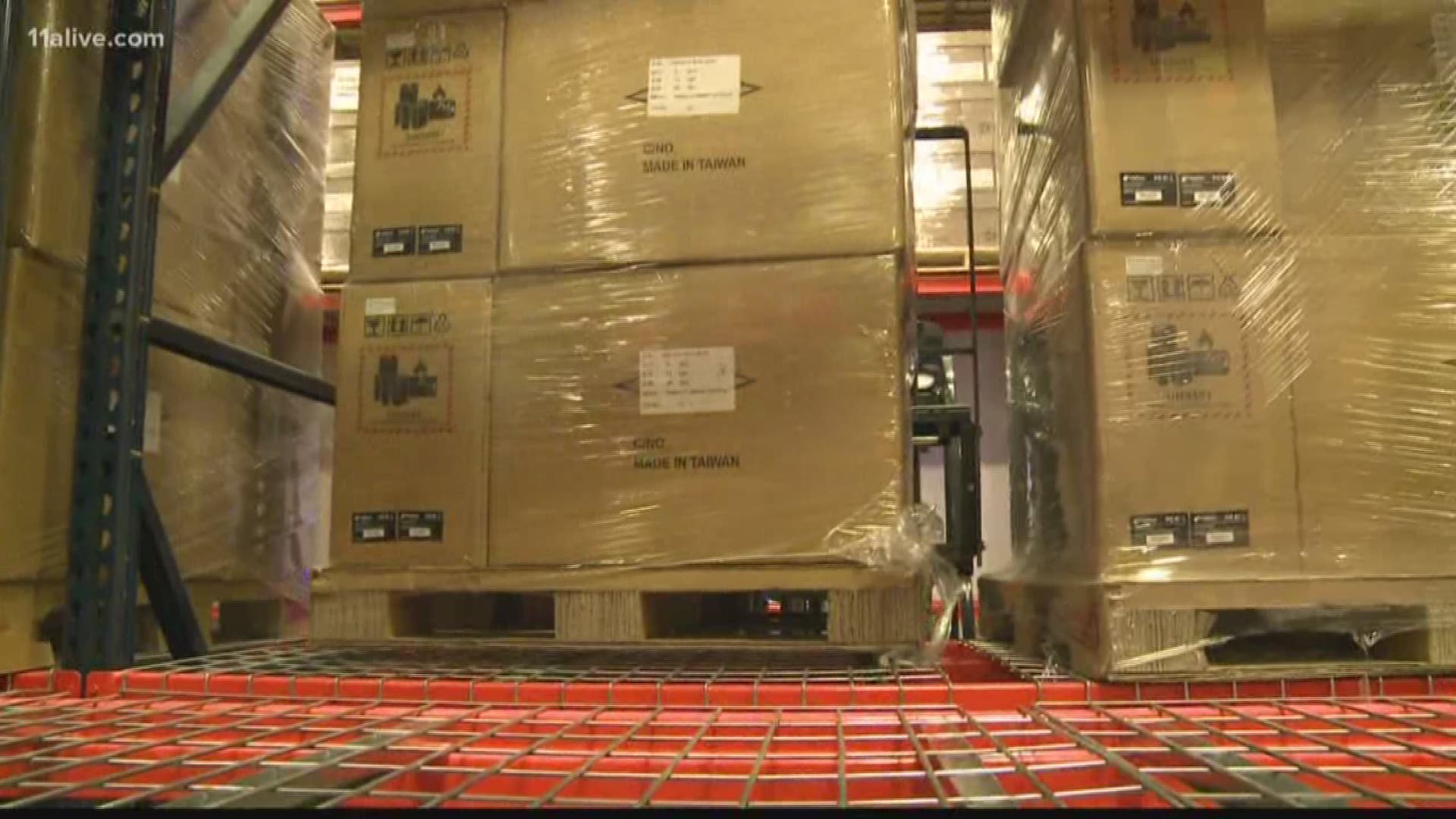 ATLANTA — Georgia election officials have shipped the last truckloads of new voting machines that will make their statewide debut during the presidential primaries next month.

Trucks carrying devices for the last six counties - including Macon, Bryan, Gwinnett and Union - awaiting shipments left Friday from the metro Atlanta warehouse where state election officials have been testing the machines and other equipment - from the printers to the touch screens to the scanners.

"Every piece of machinery that comes in here - Dominion, who is the contractor has to put them together and then everything has to be acceptance tested by the state," explained Gabriel Sterling, implementation manager with the Secretary of State's office. "We've had a few failures here and there, like a small percentage, but you want that in your testing, because if everything gets through, you're testing isn't good enough."

Thomas County in south Georgia was among the last six counties to get the new machines. Its elections supervisor, Frank Scoggins, says he'll be ready despite the tight deadline.

Sterling said there has also been months of training performed, as far back as October, to ensure the state is ready to use the new machines.

'I wasn't prepared for that kind of backlash': Cobb residents target business for billboard advertising