How do election officials process and count absentee ballots? 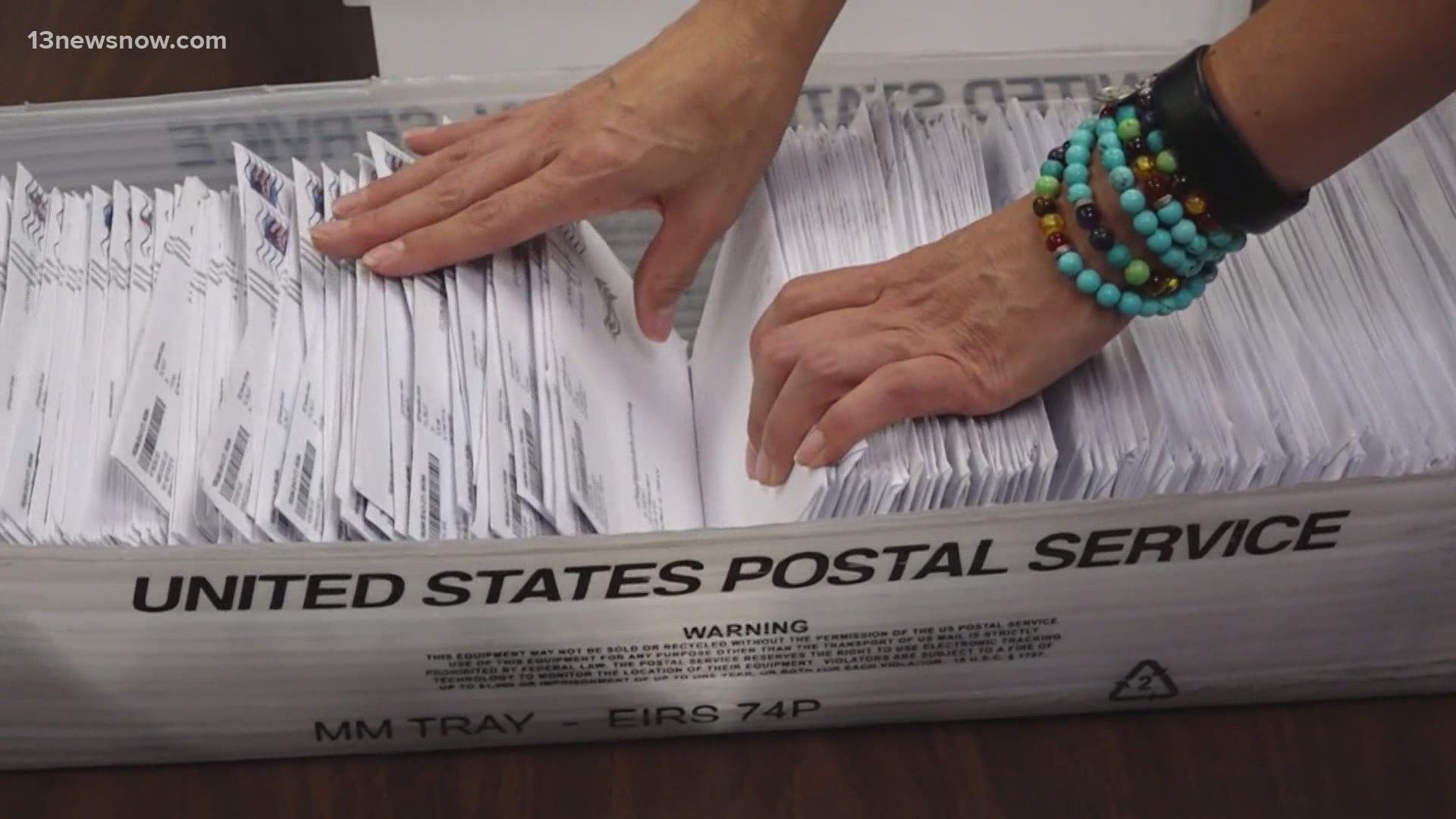 VIRGINIA BEACH, Va. — So you mail in a ballot. What happens next?

13News Now's Voter Access Team went behind the scenes in Virginia Beach to check out the process of receiving, sorting, opening and counting absentee ballots.

First, it starts with a Post Office pickup. Election officials collect bins of absentee ballots and bring them into the registrar's office building for processing.

With the increase in absentee requests this election, Virginia Beach election officials said they're receiving hundreds, if not thousands of ballots each day.

Once collected, Kane and others start sorting absentee ballots from the USPS bins – separating ballots from ballot applications and, occasionally, other mail.

Election officials check to make sure stacks of ballot envelopes are prepared for the next step – opening the mail.

"This helps out tremendously with this number of ballots," Kane said.

Once opened on the end, the ballots and envelopes are stored in a locked and secured area until the next step is ready – counting the ballots.

Later this week, Virginia Beach election workers will start unfolding the absentee ballots and scan them through voting machines.

This counts the ballots, but the machine will not tabulate results until Election Day. Counting the ballots ahead of time – just like early voting – helps produce efficient results on Election Night.

“We want to go ahead and put in as many [as we can] starting way earlier than usual," Kane said. “It’s a matter of collecting it over a timeframe because there’s no way that 50,000 [ballots] would be able to get into one polling location in one day.”

The process includes multiple checks along the way, including checking for signatures and correct addresses.

Election officials will contact you if there’s an issue with your absentee ballot, so you can fix it.

They say they’re working 12-hour days, seven days a week until Election Day to make sure your vote counts.

Kane reminds voters to only send in one absentee ballot, as it creates more work for election officials when they have to sort out duplicates.

"Fill it out only if you haven’t submitted one and that will help every registrar in the state by far," Kane said.

Starting on Election Day, workers will be able to instruct voting machines to tabulate absentee ballots that have already been processed – producing the vote count for each candidate.