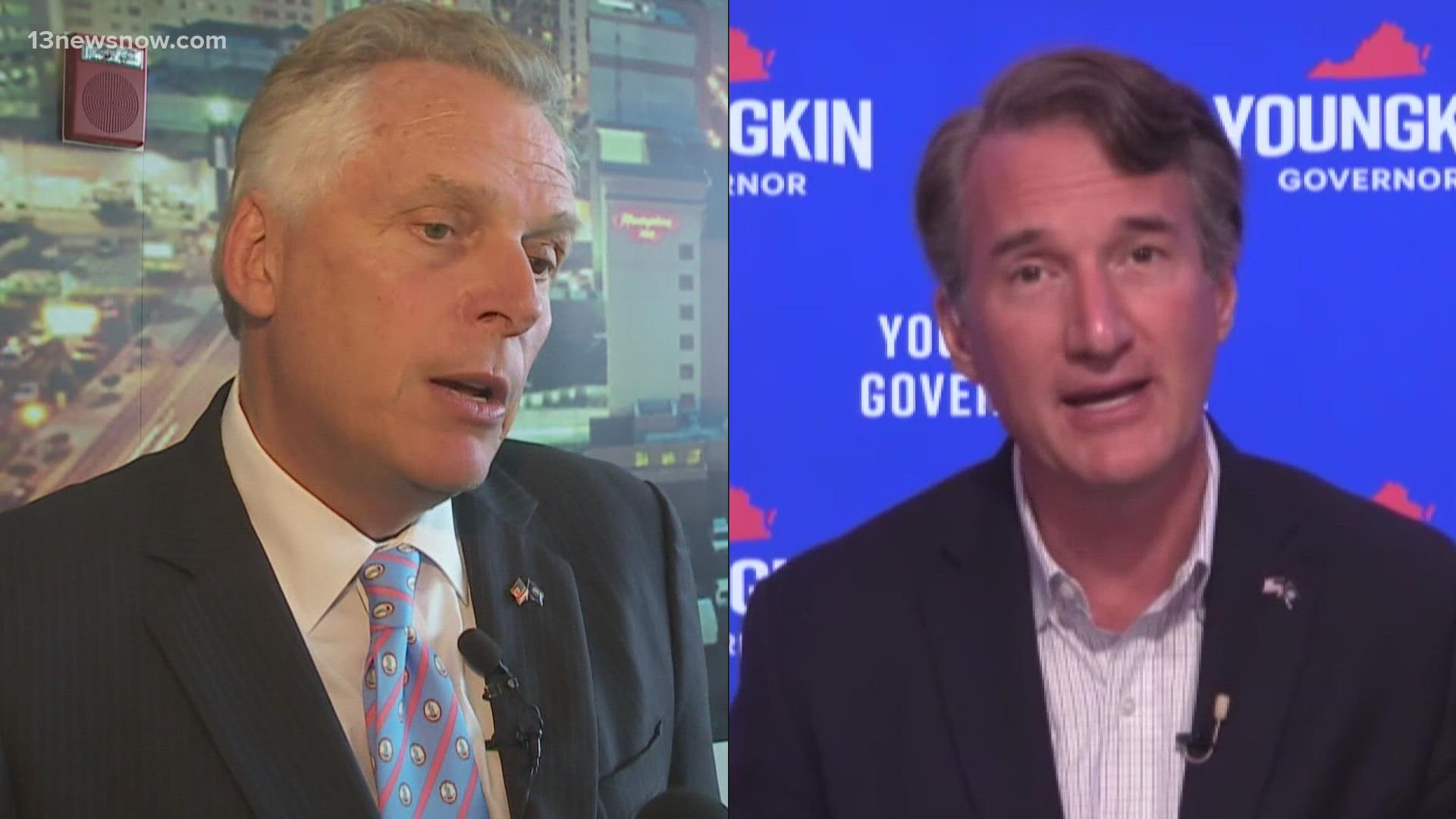 Looking into the breakdown of respondents, McAuliffe particularly has supporters among young women, Black people, and he has more supporters from Northern Virginia than Youngkin does.

The people who said they would vote for Youngkin are predominantly White Republicans, especially people from South or Southwestern Virginia.

“These numbers reflect a state that continues to trend blue in presidential and statewide elections as demographic shifts endure in the Commonwealth,” said Bromley-Trujillo. “While there is still room for movement in the race, Youngkin has a tightrope to walk between Trump supporters and more moderate voters across the suburbs of Virginia.”

The poll also asked people who they would choose for the lieutenant governor's race.

About 52% of the people asked said they'd choose Democratic Del. Hala Ayala, and 42% said they'd vote for former Republican Del. Winsome Sears. For this race 6% of people were undecided.

You can review the full report below: