With record numbers of absentee ballot requests, election officials say they could still be counting ballots for days after November 3. 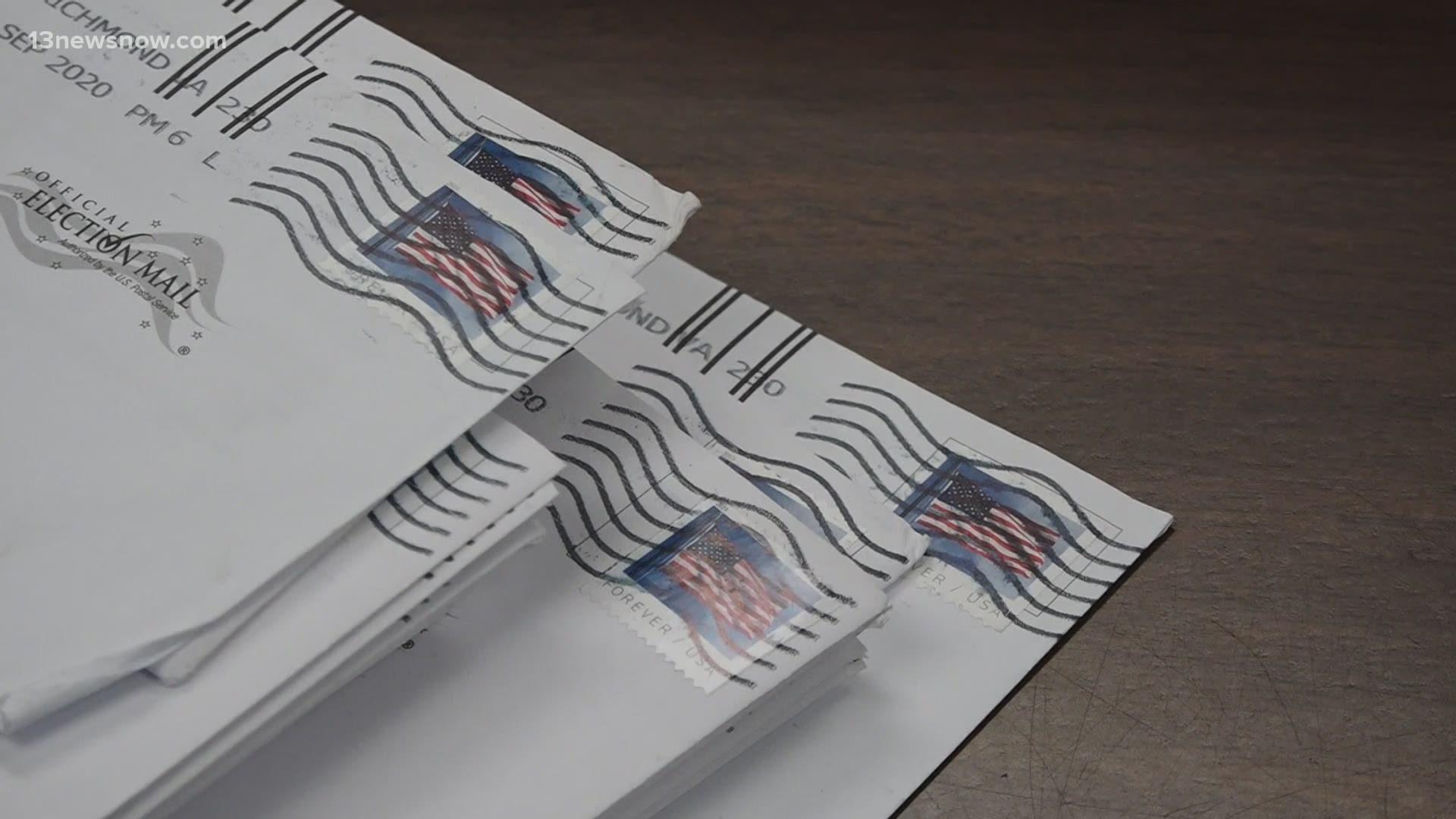 VIRGINIA BEACH, Va. — Hampton Roads election officials are telling voters not to expect results on Election Night, saying this year, it will take longer to get every vote counted.

Laura Kane, the absentee coordinator for Virginia Beach, said voters will need to be patient.

"It's going to be an Election Week," Kane said. "We'll be scanning in ballots up until Friday, results probably won't be finalized until the following week."

In Virginia, absentee ballots must be postmarked by Election Day, but they can be processed and counted by election officials if they're received after that.

“As long as they have that postmark they’re still going to be counted all the way up until Friday," Kane said. "So there could be another couple thousand [ballots] for all we know.”

Kane said the Virginia Beach Registrar's Office has already processed 25,000 absentee ballots that will be tabulated and added to results posted on Election Night. Virginia Beach also reports about 20,000 people have voted early in-person through the city.

In Virginia Beach right now, the scanning of received absentee ballots has slowed down as election officials near another pressing deadline.

“Right now our main goal is to [mail] out all the absentee ballots that have been requested because that deadline is this Friday," Kane said.

This year, Kane said election workers will work until 11 p.m. on Election Night tabulating and counting new ballots, then they’ll take a break and restart Wednesday morning, continuing the work through the week.

“That is a huge difference," she said. "Don’t worry, we are working to get those ballots scanned in. Your vote is going to be counted, we are taking every measure.”

No vote can be tallied until Election Day, even if machines have already processed your absentee or early voting ballot. Voters also have until Friday after the election to fix any mistakes on their ballot that would make it invalid.