Multiple groups have gathered in downtown Atlanta on Saturday afternoon. 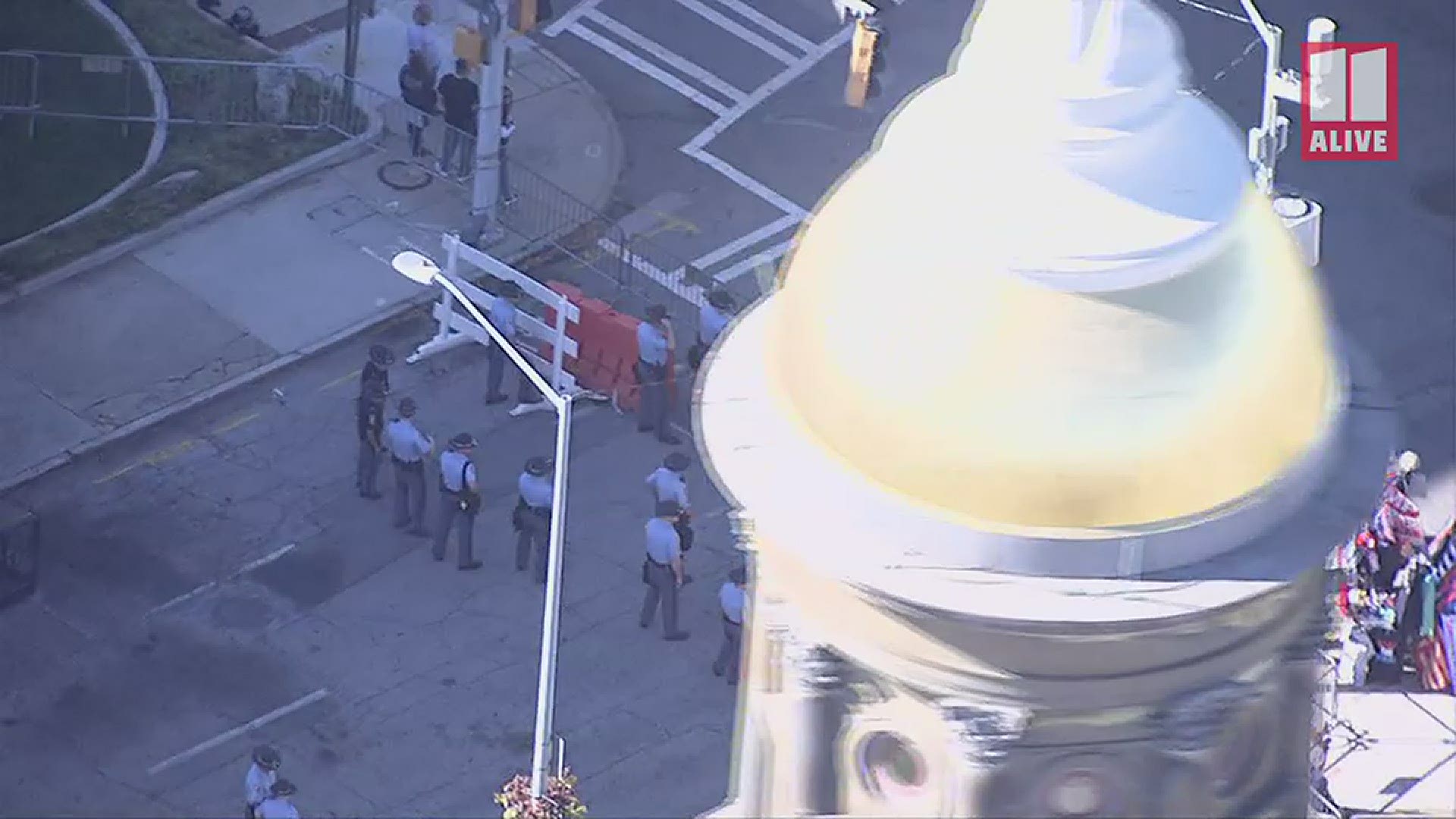 ATLANTA — Several rallies took place across parts of downtown Atlanta on Saturday afternoon, some in support of President Donald Trump, while others opposed the president, placing their support with President-elect Joe Biden.

The largest that could be discerned, was the Stop the Steal rally, at the steps of the Georgia State Capitol building.

At least one other rally on Saturday afternoon that supported the president included the Rally for America that gathered at the front steps of CNN Center.

In opposition to those groups, the Racists Out of ATL rally was set to gather on the steps of Atlanta City Hall, along with the RefuseFascism.org counter-protest march, which was also supposed to gather near the Georgia State Capitol building.

Atlanta Police and other police agencies had blocked several streets in the downtown Atlanta area and could be seen watching as the protesters gathered and marched in an orderly fashion in the immediate areas of where they initially gathered.

As of 3 p.m., no arrests or incidents had been reported.

This is not the first 'Stop the Steal' rally to be held in Atlanta.

RELATED: What happens next after Georgia certifies its election results?

Alex Jones, known for his wild conspiracy theories on television and online, led a rally earlier this week on the steps of the Georgia State Capitol.

Georgia has become a flashpoint for attention not only in terms of the general election, but also in relation to its upcoming Jan. 5 runoff election for both of its U.S. Senate seats.

With the Republicans holding a slight 50-48 advantage in the Senate, victories by Democratic challengers Raphael Warnock and Jon Ossoff against incumbent Senators Kelly Loeffler and David Perdue will give the Democratic Party control of the Upper Chamber.

The president has continued his efforts to overturn the Biden victory in Pennsylvania and Michigan. Trump invited Republican state lawmakers from Michigan to the White House on Friday, however, according to NBC News, afterward, they said they were not "made aware of any information that would change the outcome of the election in Michigan."

He has not elaborated in the hours since that initial tweet regarding what the so-called "fraud information" was.

Trump has posted multiple tweets in the days since the election with accusations and false statements.

On many of the tweets, Twitter has posted warnings indicating that the information contained in some of Trump's tweets are either false or disputed.