Two-thirds of American adults cite elections as a source of stress, study says 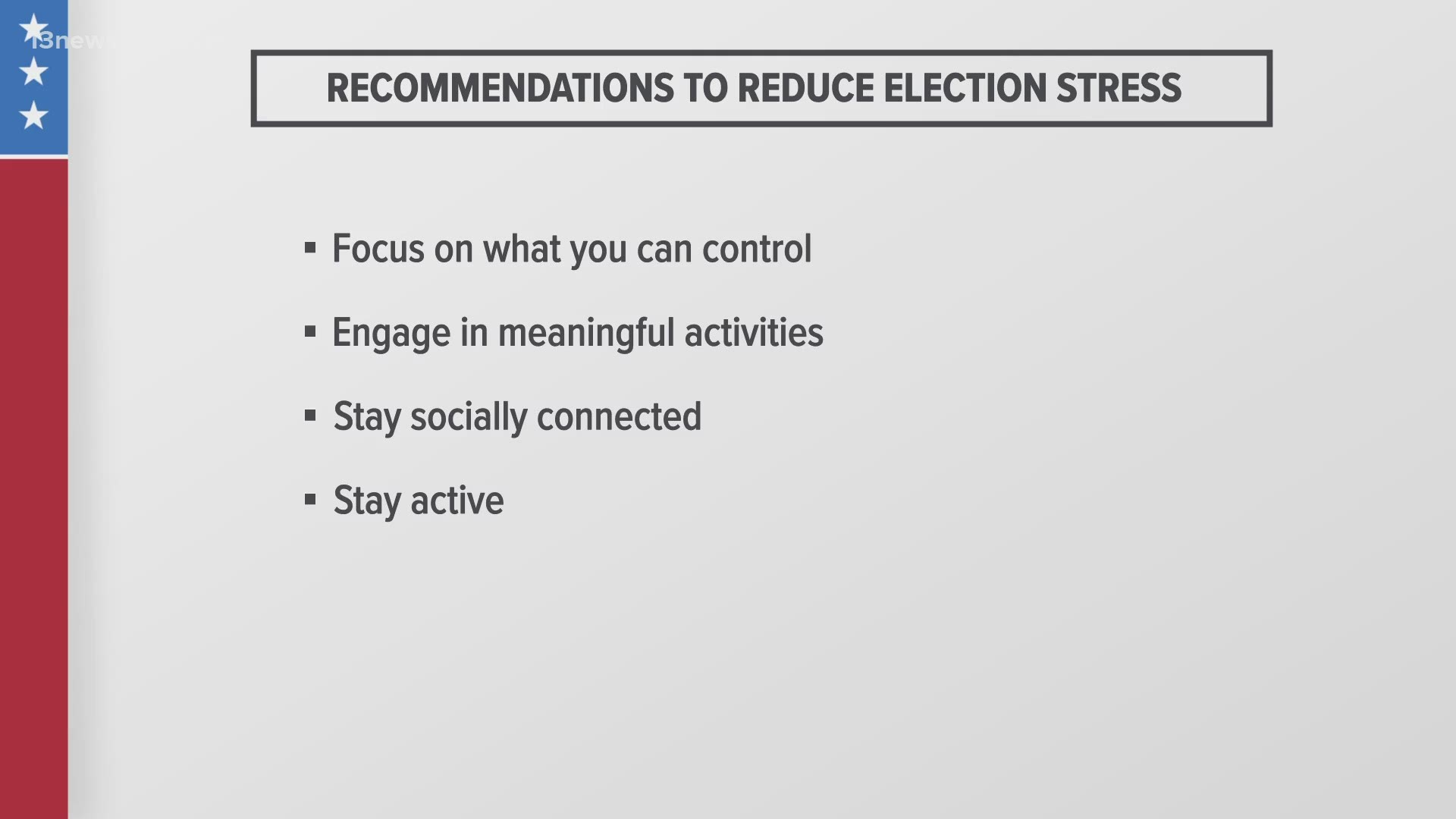 “Of course, who hasn’t experienced some form of stress,” said Kit Phoutasen, after casting his ballot in person in Virginia Beach Wednesday.

A study released this month by the American Psychological Association reveals more than two-thirds (68 percent) of U.S. adults describe the 2020 presidential election as a source of stress. The response is far higher than 52 percent of voters who said the same in 2016.

“You know, everything is uncertain right now,” said Phoutasen who admitted this political season has been stressful.

According to the APA poll, political affiliation does not matter. The study shows 76 percent of Democrats, 67 percent of Republicans and 64 percent of Independents say the election cycle has caused some form of anxiety.

“People are exposed to unprecedented levels of stress and anxiety right now,” he said.

"Things that we can control, we want to,” said Hooks.  “And those things that can help reduce our stress by controlling them, we want to act on them.”

The Virginia Beach-based therapist also recommends monitoring screen time on social media and news feeds, particularly if you notice mood changes. It is okay to take a break, he said.

According to the APA, the global coronavirus pandemic, social unrest and the election season have combined to create a sense of uncertainty for people.

The association offers these takeaways: