The registrar is also asking voters to double-check where you need to go to vote, because 11 polling locations have changed. 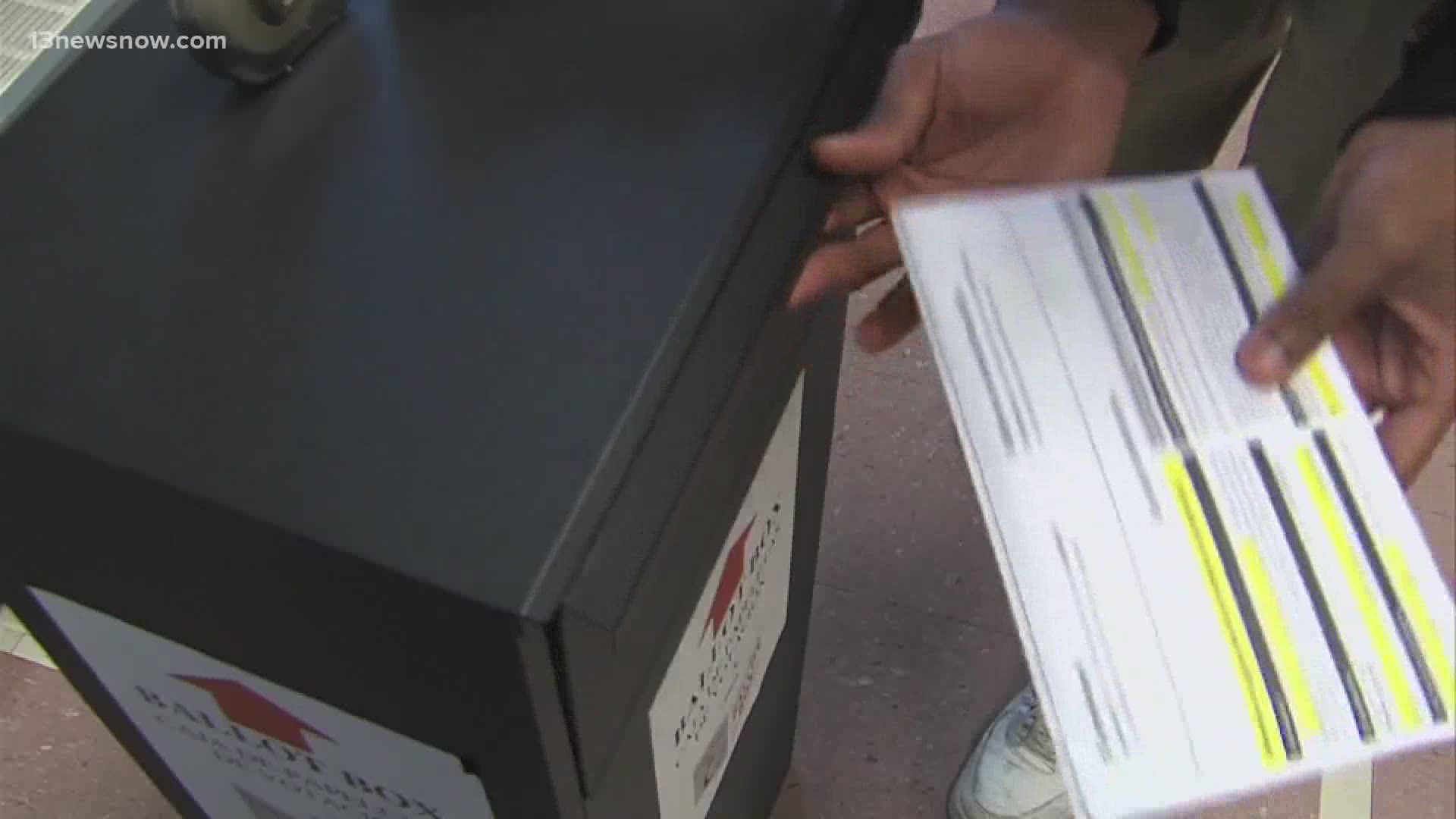 VIRGINIA BEACH, Va. — Congressional primary elections are Tuesday, but there are few changes at the polls.

Virginia Beach general registrar and director of elections, Donna Patterson said her team is hard at work making sure everything is in place for Tuesday.

RELATED: Virginia's June Primary Election is coming up. Here is the candidate list.

One big change? Nearly a dozen polling locations moving to someplace else.

So what’s the problem with using the original locations?

Patterson said: “A lot of them were churches and most of the churches had not even opened up yet.”

A couple of them are also schools.

“And the schools had construction going on," Patterson said. "It’s normal for schools to have construction during the summer.”

Patterson said most of the new polling locations are at different schools in the same area so voters should double-check where they need to go before they head out to vote.

Patterson also said her department received a lot of absentee ballots, because of the coronavirus pandemic. But there’s a problem: many voters still haven’t returned them yet.

“We’ve had an increase in absentee ballots each year anyway and with coronavirus, I’d say it has increased," Patterson said. “But we haven’t received all of those back.”

If you’re one of those people who hasn’t returned their absentee ballot, you have two options.

At this point, it’s too late to mail in your absentee ballot but you can still drop it off in person, curbside at Building 14 in the Municipal Center. You have until 7 p.m. Tuesday, June 23.

But if you decide to go for option 2 and vote at the polls, instead, you’ll have to void the ballot, surrender it, and get a new one.

You can also expect new safety guidelines at polling locations to encourage social distancing and limit the spread of COVID-19.

Everyone will have to wear a mask and poll workers will hand out single-use pens and folders to voters.

“We know more about PPE than we have ever known in an election,” Patterson said.

According to a press release sent out by Patterson's Department, there are 11 temporary polling location changes:

RELATED: No big-name Republicans to challenge Warner for U.S. Senate