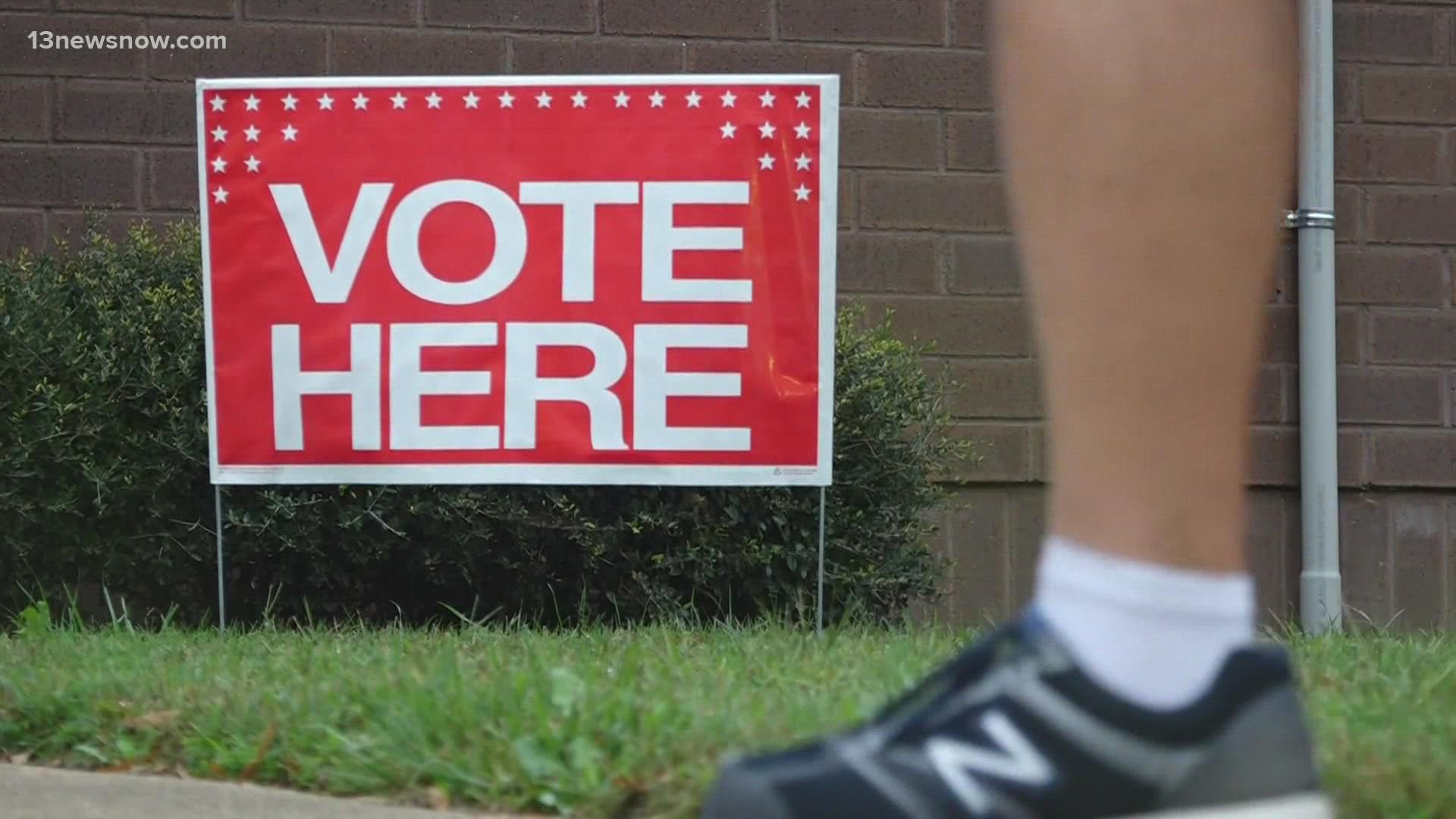 VIRGINIA BEACH, Va. — It's time to make your voice heard and there are several ways to do it from now until Election Day.

Friday, September 17 marks the first day of in-person early voting. You can vote early at your local election office.

"We're getting ready to mail about 7,000 and those are continuing to come in hundreds a day," Patterson said.

Patterson wants you to also be aware of these dates:

Patterson said there's a different deadline to send in your absentee ballot.

"As long as it's postmarked by Election Day and we receive it by noon, the Friday after the election, it meets the qualifications to be counted," Patterson said.

In terms of how many people will vote in the election, Patterson hoped to see nearly half of registered turn out ahead of time or at the polls.

"We're predicting -- in the past, it was about 40% turnout for governor's race -- but we figure it's probably going to be higher than that," Patterson said.