Voters turn out at the polls in Hampton, while thousands more vote absentee

Safety precautions were in place as people made their way to the polls Tuesday. 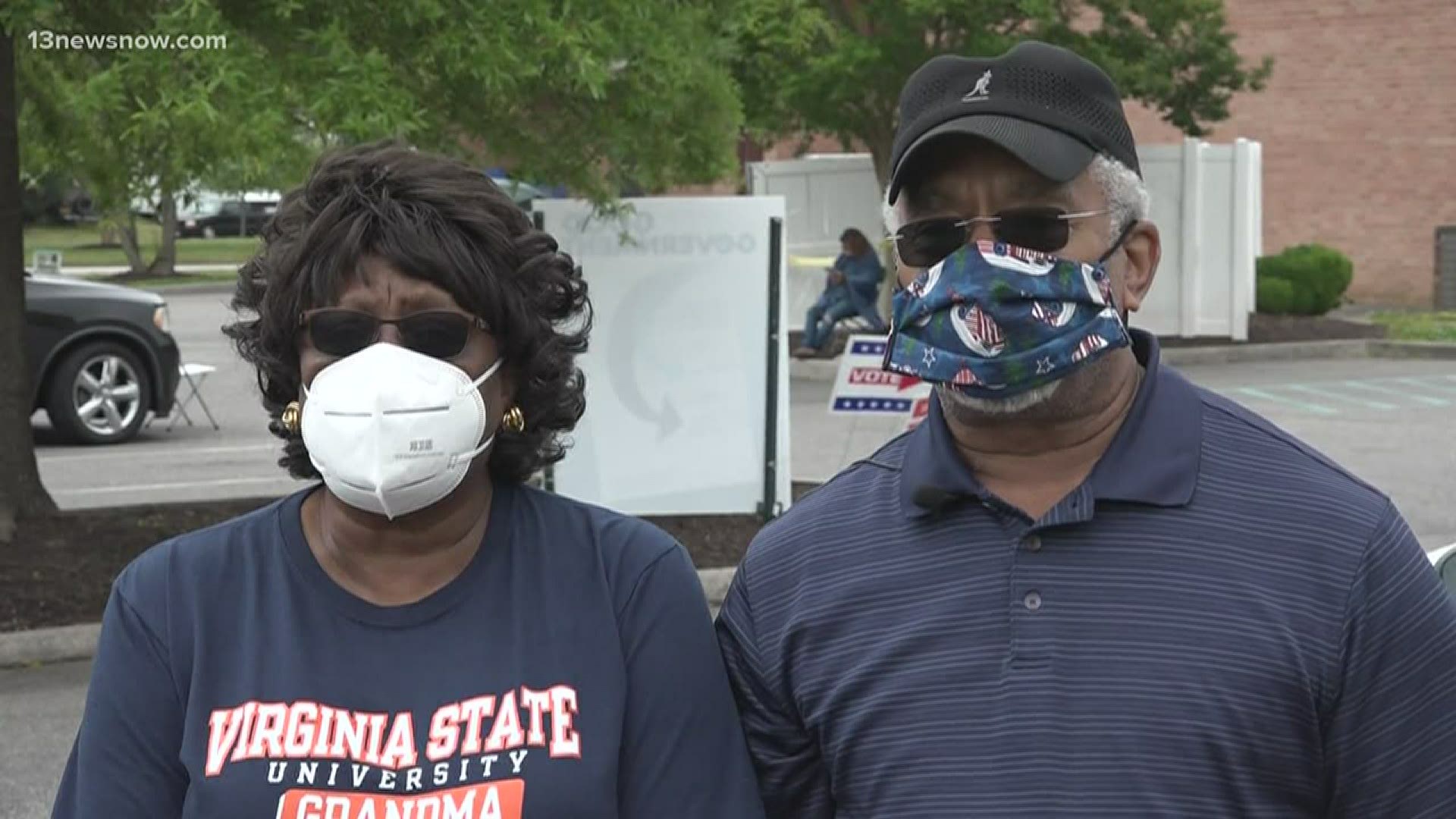 HAMPTON, Va. — It's election day in Virginia, and things looked a little different inside precincts because of COVID-19.

Many people voted absentee as Governor Ralph Northam suggested, but in Hampton, plenty of voters still went to the polls.

The races in Hampton include mayor, city council and school board. Inside, we're told precautions were in place, from extra sanitation to Plexiglas between voters and people checking them in.

Less than 300 people voted absentee in the May 2018 election.

Hermanski and Gwendolyn Patterson have voted in Hampton many times. They did again Tuesday, but this time, they went inside their voting precinct wearing masks.

“To protect ourselves and everyone else,” the Pattersons said.

COVID-19 didn’t stop many more from heading to the polls.

“We got to keep a free pen, they had shields up between people, they're throwing away passes, so there’s no contact with other people,” one couple said.

The Pattersons are relieved to see safety is still on everyone's minds, even during an election.

“With the pandemic it makes me feel better,” Patterson said.