Economy, national security and education are the top three issues for American voters in the upcoming election, according to Gallup poll. 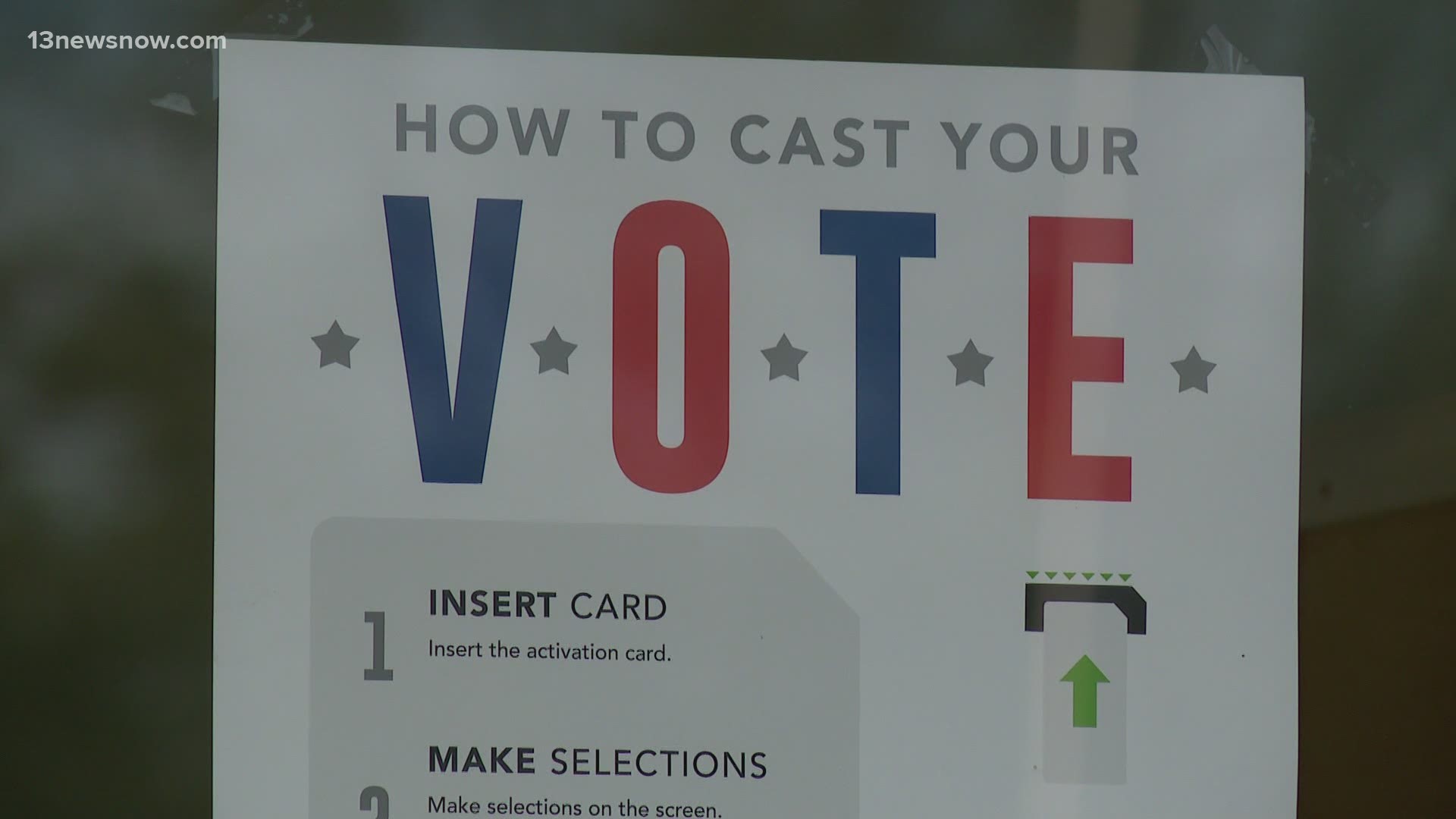 A pair of friends, both newly mothers since the last presidential election say they perceive their votes differently this time around.

“I just think it’s more important this time,” one of the women named Liz told 13 News Now. Her son is 16 months old.

“I want to get it right this time,” she said.

At least 42 million Americans have reportedly voted early, either in person or by mail, according to USA Today.

“Healthcare is probably the biggest issue,” said Robert Rhodes of Virginia Beach. “And of course, foreign affairs because we really don’t have anyone that knows foreign affairs in the White House now, I don’t think personally.”

In a recent Gallup poll, American voters ranked the economy as their top priority ahead of the November 2020 election. More than 89 percent of people said the presidential candidates’ positions on the country’s finances are “extremely important” or “very important” to their decisions.

The survey lists terrorism and national security (83 percent), education (82 percent), and healthcare (80 percent) as the next three priorities. Race relations and the national response to the coronavirus pandemic are also among the key issues facing American voters, including Resa Rutledge of Virginia Beach.

“We have issues that I feel are very important right now, especially with all of the racial tensions in this world,” said Rutledge. “And of course the pandemic. I have high-risk people around me.”

“It’s difficult to think of a more challenging year in recent political history than 2020 with the range of things that have come at us,” said Dr. Jesse Richman, Associate Professor of Political Science at Old Dominion University.

When asked if this election season compares to any other, Richman recalled the presidential election of 2008 when an economic collapse fueled high voter turnout. However, he views this year differently.

“We’ve had elections that have taken place at other times during crises,” said Richman. “This one we have such a combination of crises. I think it’s motivating a lot of voters, but also shifting how people are voting.”

According to The Virginia Public Access Project, more than 2.1 million Virginians already voted or requested mail-in ballots as of October 21st,  in comparison to more than 574,000 in November 2016. That number sits at roughly 96,000 in Virginia Beach.

Rutledge brought her 19-year-old son to the polling location to vote for the first time. She says she wants him, and anyone who is eligible to cast their ballot -- to understand the power of the voting process.