A guide to what's on the ballot in Virginia's primary

The Democratic Primary Election is Tuesday. Here's what you need to know. 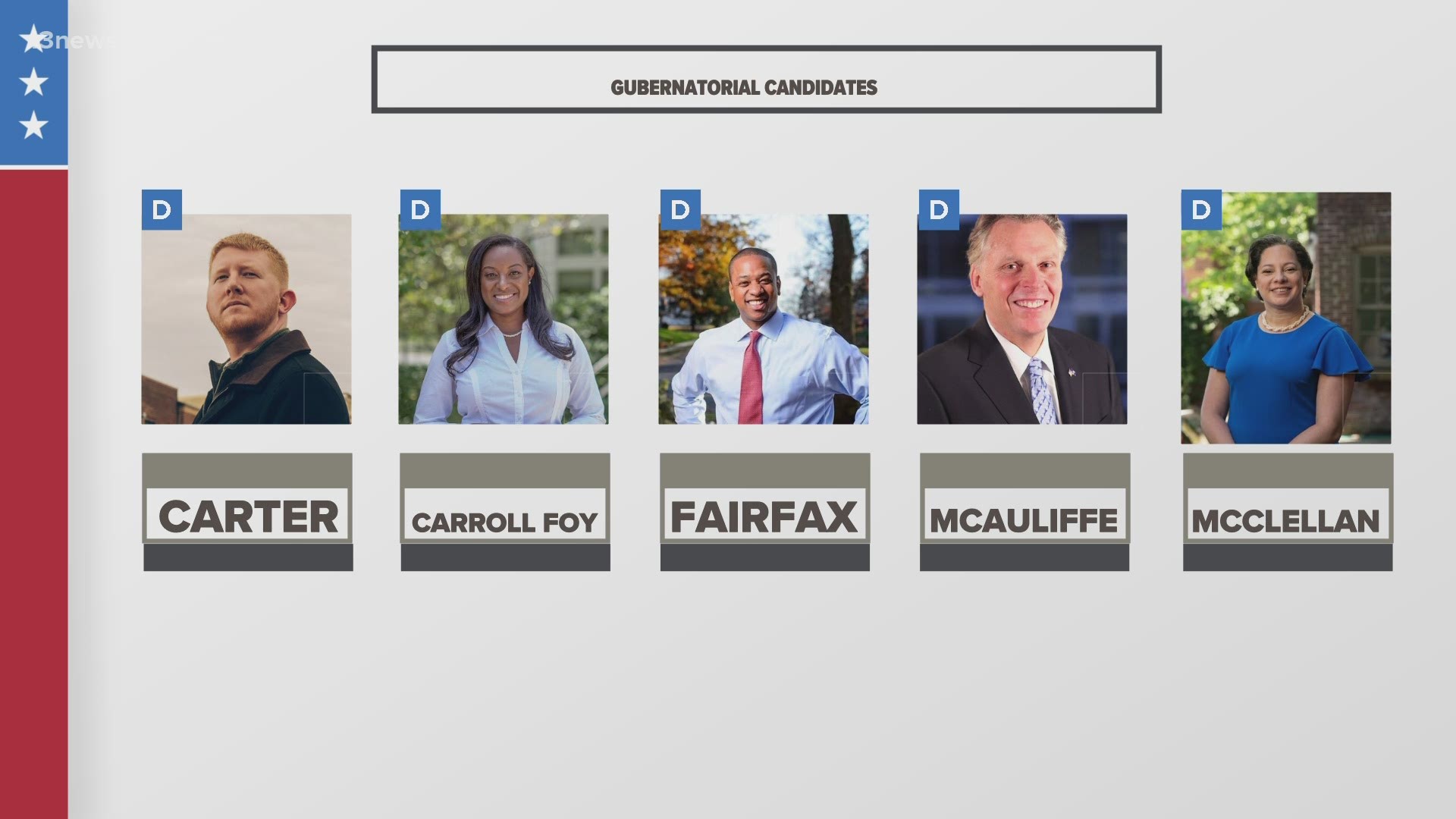 Both parties also will settle on nominations for the House of Delegates and local seats.

The results in the Democratic gubernatorial primary will be closely watched around the nation.

Five candidates are competing for the nomination in Tuesday's primary, with former Gov. Terry McAuliffe seen as the heavy favorite. McAuliffe is seeking a rare return to the governor’s mansion in the only state that prohibits its chief executive from serving consecutive terms.

RELATED: One race, two African-American women, and a chance to make history

The race has taken on heightened importance as Democrats aim to hold onto power after assuming full control of state government last year.

The Commonwealth’s off-year elections typically draw outsized attention as a possible bellwether for national trends heading into next year’s midterms.

They chose their nominees for the top of the ticket in a multi-site convention process in May.

The winner of Tuesday's Democratic gubernatorial primary will face Glenn Youngkin, a political newcomer who won the GOP nomination in May.