Elizabeth Warren holds a rally at Rundlett Middle School in Concord, NH on Sunday ahead of the primary election. 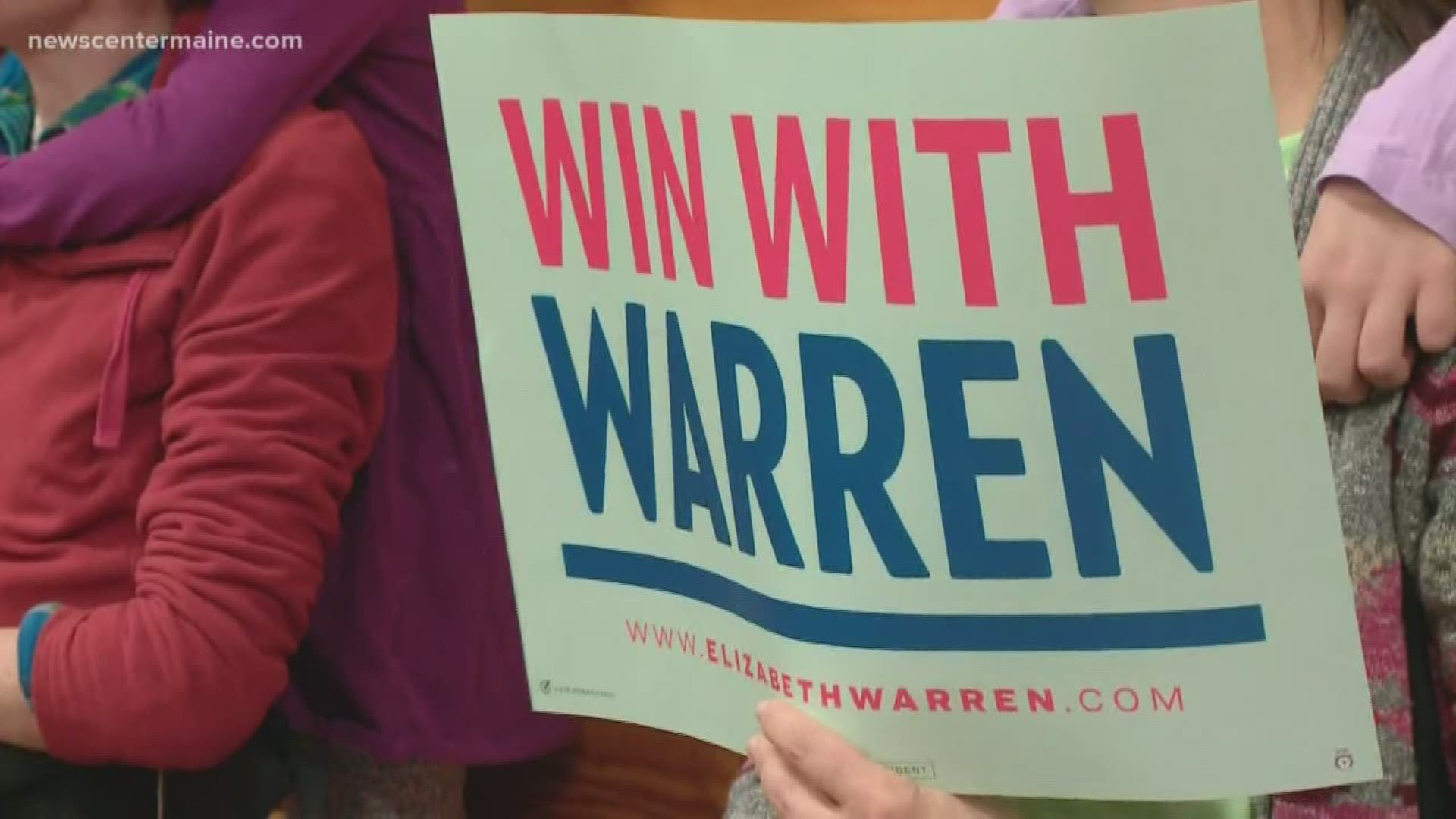 CONCORD, N.H. — At an Elizabeth Warren rally in Concord, New Hampshire on Sunday, there were some undecided voters, but also many committed Warren supporters.

"She’s a fighter, and we need that," said one supporter.

"She is experienced, competent, even," said another supporter.

The New Hampshire voters NEWS CENTER Maine spoke with said they were supporting Senator Warren because they like her character and ideas.

"I like all the candidates, but her message on anti-corruption resonates with me," said Phillip Walker of Dunbarton, New Hampshire.

Walker says he also likes Warren's chances of defeating Donald Trump. "I basically feel she’s the best one to go up against Trump."

"If we’re going to have a government that doesn’t just work for a thinner and thinner slice at the top, but works from everyone else, it’s going to take big structural change. Are you ready for that?" said Warren.

Warren also spoke about her plan to tax the ultra-rich.

While enthusiasm was in the air in the middle school gymnasium, recent polls show enthusiasm for Elizabeth Warren may be fading.

Speaking to press after the rally, Warren said no matter what happens in New Hampshire, she'll still be fighting for votes when Mainers head to the polls on Super Tuesday.