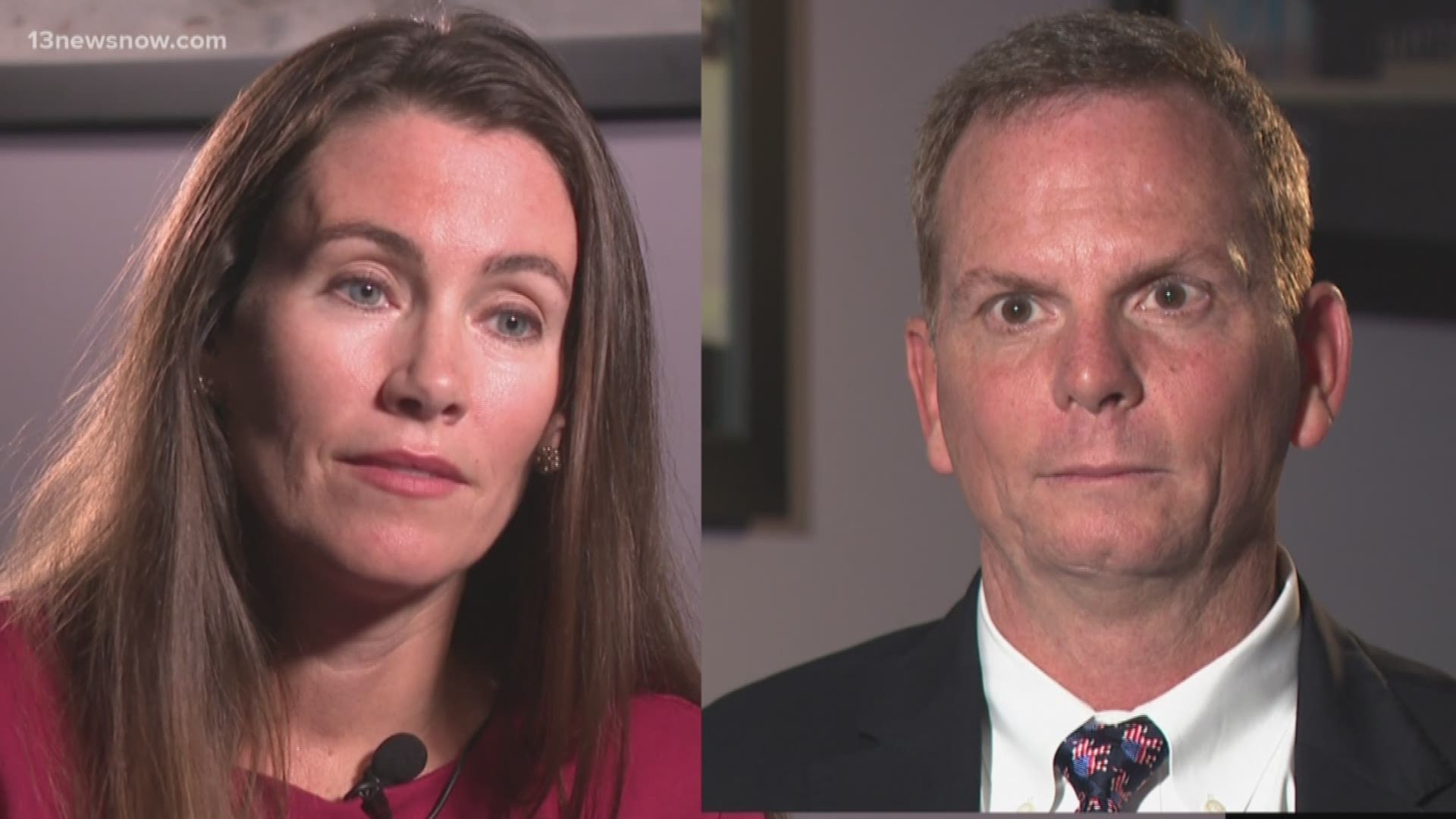 VIRGINIA BEACH, Va. — The 8th Senate District of Virginia Beach is exactly where tragedy struck on May 31st when a gunman killed 12 people in a mass shooting.

Now, the question of what we as a society should do about guns has taken center stage in the upcoming election.

Commercials are airing in the area with Democrat Missy Cotteer Smasal using images from the shooting and a soundbite from a survivor. There's also Republican incumbent Bill DeSteph's ad calling Cotter Smasal "shameful" for bringing the subject up.

"For decades now, I've heard people say it's not time to talk about it, take action," said Cotter Smasal. "And all we get is more mass shootings."

But DeSteph said he's taken action on guns, written 27 bills, and had 13 of them passed. He said that includes one that tightens rules on sales at gun shows.

"One of them looked at mental health and the issues involving communities hat has a tragedy like ours', looking at a lot of these communities to figure out what are the commonalities?" he said.

Christopher Newport University Political Science Professor Quentin Kidd said the DeSteph-Cotter-Smasal race is huge, because of guns, and both parties will be watching how this contest turns out.

"One person sees this as an exploiting of a tragedy, the other sees it as we've got to deal with guns because the violence in this country is out of hand," Kidd said. "Voters will have the ultimate say on November 5th. And whatever voters say will have implications across the rest of the country next year."